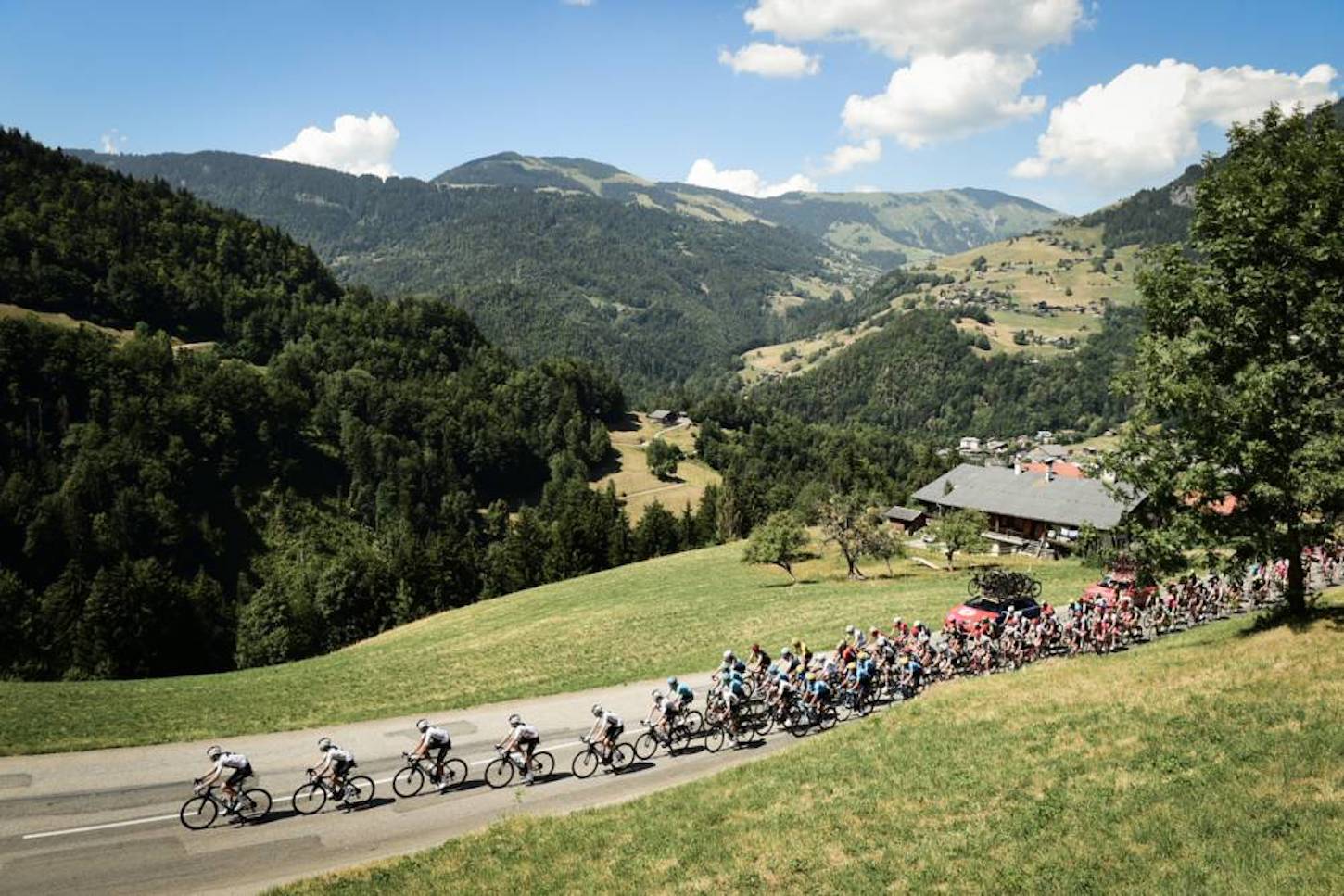 Thomas overtook Mikel Nieve (Mitchelton-Scott) during the last few hundred meters to seize the stage honors, while his teammate and defending champion Chris Froome moved into second place in the overall classification, after finishing in third place behind Tom Dumoulin (Sunweb).

However, the green jersey holder was the first rider to drop back to the peloton while several counter attacks took shape.

From there, 20 riders came together to form a lead group along the hors-category climb of Montée de Bisanne, where Julian Alaphilippe extended his lead in the KOM competition.

Back in the main field, Team Sky ruled the peloton until Alejandro Valverde (Movistar) launched an attack 5 kilometers before the summit of the col du Pré where defending King of the Mountains Warren Barguil took 20 points in his quest for a second polka dot jersey.

Meanwhile, Alaphilippe paid for his efforts during the first climb and was brought back by the group. Greg Van Avermaet (BMC) who has been the race leader for eight days stopped fighting for his position in GC during the ascent of the Col du Pré, putting Serge Pauwels (Dimension Data), Valverde and Geraint Thomas (Sky) in virtual succession of the race lead.

However, Nieve launched a solo attack with 9 kilometers to go.

Thomas later attacked from the main group during the final kilometer, which saw the Welsh rider eventually catch and pass Nieve during the final 200 meters, while both Dumoulin and Froome also swept past the Mitchelton-Scott rider to seize the final two spots on the podium.

Thomas now leads the race with 1:25 advantage over Froome, while Dumoulin trails a further 21 seconds back.