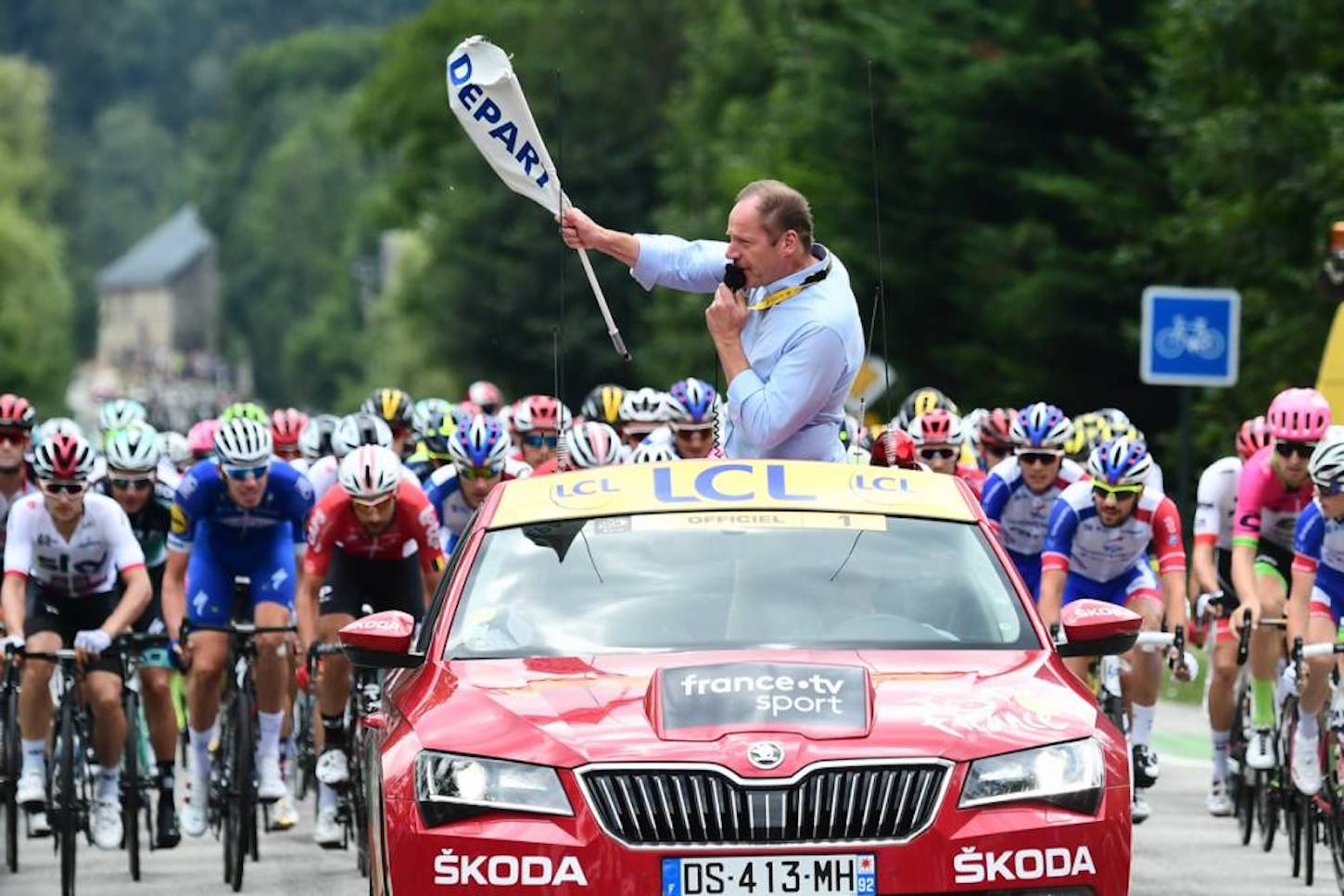 Peter Sagan (Bora-Hansgrohe) extended his lead in the Points Classification, after winning stage 13 of the Tour de France in Valence today.

The world champion timed his sprint to perfection to beat Alexander Kristoff (UAE Team Emirates) and Arnaud Demare (Groupama-FDJ), who started his sprint too early and was forced to settle for third.

Meanwhile, Geraint Thomas (Team Sky) finished safely in the peloton to maintain his grip on the yellow jersey with a 1:39 lead over his teammate and defending champion Chris Froome.

From there, the quartet’s advantage swelled to 3:30 just before the climb of the Côte de Brié at the 30 kilometer mark, with De Gendt claiming the KOM points.

With 55 kilometers remaining, the breakaway’s lead had been reduced to under a minute, with Scully the first to crest the category 4 climb of the Côte de Sainte-Eulalie-en-Royans.

With 30 kilometers still to go, the escapee’s gap was down to just 30 seconds, with De Gendt being the first of the group to relent.

One-by-one the remaining escapees were reeled back in by the peloton, with Schär being the last to surrender with 6 kilometers left.

As a result, the Swiss rider was awarded the “most combative rider” of the day.

With the peloton back together, teams began seizing the reins along the streets of Valence, with Groupama-FDJ moving to the front during the last kilometer.

With Fernando Gaviria out of the picture, Philippe Gilbert (Quick Step) tried his luck, but the Belgian rider was soon reined back in.

Démare was the next rider to open up his sprint, but the French rider was quickly overtaken by Sagan and Kristoff, with the Slovakian rider emerging victorious to claim his third stage win in this year’s Tour.