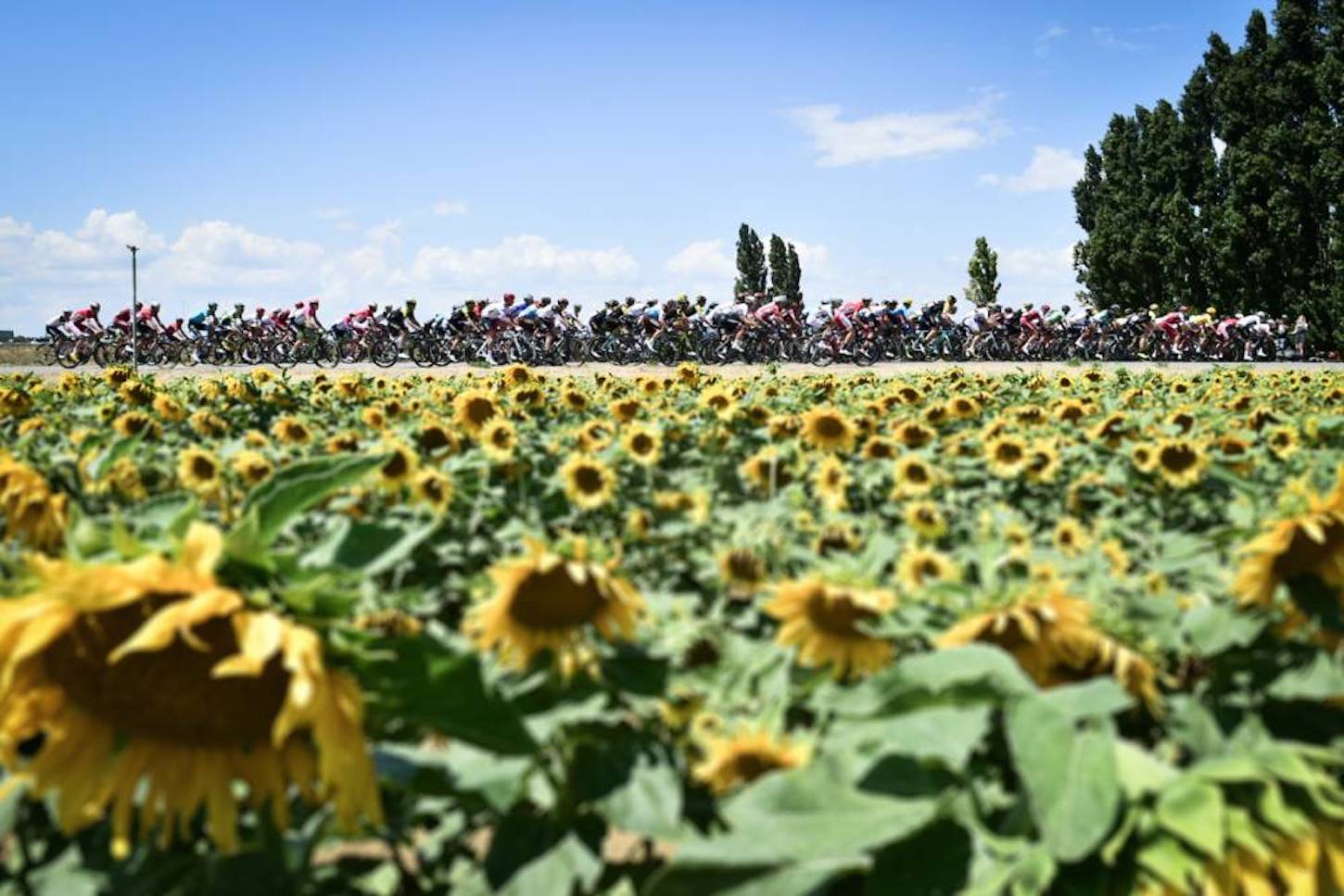 Oscar Fraile (Astana) claimed a solo victory in stage 14 of the Tour de France today, after surviving from a large breakaway group to seize the race honors ahead of Julian Alaphilippe (Quick-Step Floors) and Jasper Stuyven (Trek Segafredo) on the Mende Airstrip.

Stuyven had previously jettisoned his breakaway companions with 35 kilometers remaining, before the Belgian rider was caught with less than 3 kilometers to go.

Meanwhile, Geraint Thomas (Team Sky) and the rest of the GC contenders finished more than 20 minutes back. But, it wasn’t enough for the Welsh rider to relinquish the yellow jersey, who still leads his teammate and defending champion Chris Froome by 1:39.

From there, group went on to establish a massive advantage of more than 20 minutes over the peloton.

After the the ascent of the Col de la Croix de Berthel, attacks started to come from within the ranks of the breakaway group, with Gorka Izagirre (Bahrain Merida) being the first rider to instigate things after riding clear just before the summit.

On the descent he was a joined by Dimension Data’s Tom Jelte Slagter and Stuyven as they built up a 58 second advantage with 48 kilometers remaining.

With the trio still out front with 37 kilometer left to go, Thomas De Gendt (Lotto Soudal) decided to up the pace in the chase group as he looked to claw back the trio up the road. In doing so, he managed to drop Avermaet and Sagan momentarily as the race headed towards the all important final showdown of the day on the Croix Neuve.

Behind the lead trio there was a classic case of cat and mouse as the chasers couldn’t decide on who would bring back the front three. But while that was kicking off down the road, Trek’s Stuyven decided to try his luck with a solo break 30 kilometers from the finish. The chasers managed to reel in Izagirre and Jelte Slagter as all efforts were focussed on pulling back the Belgian rider who now had built-up 1:50 advantage heading into the final 10 kilometers.

Stuyven hit the bottom of the final climb with a healthy advantage of 1:44, but behind De Gendt kicked again as he took Fraile with him as he looked to close the gap to the 26 year-old Belgian. De Gendt seemed to pay for his efforts earlier on in the stages as Fraile went solo.

Behind Fraile, Alaphilippe launched an attack in an attempt to claim a second stage victory.

As the French rider pursued Stuyven in earnest, it was Fraile who managed to catch the Trek-Segafredo rider first just before the summit. With the trio inside the final kilometre it was the Fraile who kept Stuyven and Alaphilippe at bay to claim a stage victory in Mende.

While Fraile was rejoicing in his stage victory, further down the road attention turned to the GC battle as the peloton hit the Croix Neuve.

It was expected that attacks would come as others looked to test Sky’s resolve, with brief forays from Landa and Romain Bardet (Ag2r La Mondiale), but they didn’t amount to anything serious.

However, when Dumoulin looked in trouble, it was the perfect opportunity for Thomas and Froome to take advantage, but as they hesitated the Dutch rider got back on their wheels and even launched a dig of his own.

In the end however, Thomas got through another stage in possession of the yellow jersey as the Tour heads onto Carcassonne tomorrow.