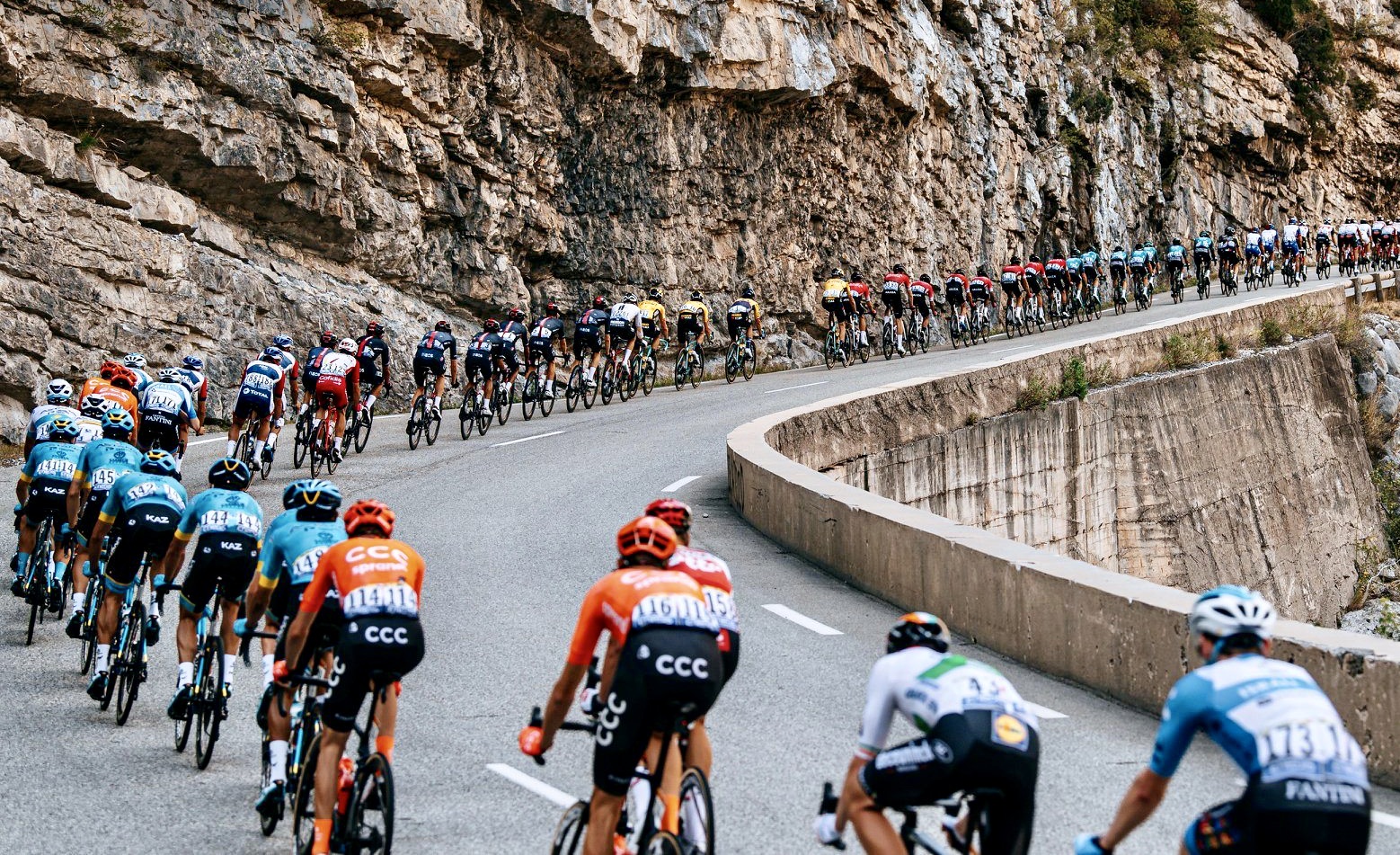 Alexey Lutsenko (Astana Pro Team) won stage 6 of the Tour de France today, after the Kazakstan rider rode clear from the day’s early breakaway group along the ascent of the Col de la Lusette, claiming the stage honors by almost a minute over his closets rival Jesús Herrada (Cofidis).

Adam Yates (Mitchelton-Scott) continues to lead the race with a three-second advantage over Primoz Roglic (Jumbo-Visma), followed by Tadej Pogacar (UAE Team Emirates) at seven-seconds back.

Today’s stage saw a flurry of attacks from the outset, with an eight-rider breakaway group led by van Avermaet coming to form along the uphill rise from the start in Le Teil.

The escapees initially failed to gain much of an advantage over the peloton, but after a frantic opening half hour, the pack was content to sit back and allow their gap to grow steadily.

As the race passed through Cevennes national park and along the gorges of the Ardeche river towards the Massif Central, the gap stretched to over six minutes, making this the biggest breakaway lead so far in the Tour.

Mitchelton-Scott’s marshaling at the front of the peloton was briefly interrupted when Bennett and Sagan resumed their green jersey battle, with the Irish rider leading the peloton through a few places ahead of the stuttering Slovakian to extend his lead in the points classification.

Two third-category climbs then saw Ineos come to the front to string out the pack and see the gap come tumbling down, with van Avermaet’s time as virtual race leader brought to an end.

Oss, Cavagna and Boasson Hagen were the first to slip back as Powless led the charge in a bid to become only the sixth rider in history to a Tour stage on their birthday. The 24-year-old’s acceleration on the Cat.1 Col de la Lusette saw Herrada, Roche and van Avermaet dropped, but Lutsenko kept calm and rode clear with 17km remaining.

Behind, an early attack from Italy’s Fabio Aru (UAE Team Emirates) was the only flashpoint from the main field on a climb deemed the hardest in the Massif Central.

Aru moved within two minutes of the lone leader but his cameo did not last long after some decent, but far from suffocating, pacing from Ineos whittled down the main field.

Recovering from his early troubles, Herrada proved the most capable of the chasers, but the Spaniard never looked as calm or comfortable as Lutsenko, who pocketed the bonus seconds and KOM points over the Lusette before maintaining his tempo on the gentle final rise to the finish.

With fans kept away because of the Covid-19 crisis, Lutsenko’s maiden Tour stage win must have felt rather strange for the 27-year-old, twice a winner of the Tour of Oman.

“It’s probably the most important victory in my life. The Tour is the biggest race of the year, so it makes me really happy,” Astana’s Kazakh champion said afterwards.

Herrada held on for second while van Avermaet was in no mood to gift Powless third place, surging ahead to cross the line 2’15” in arrears.

After Ineos effectively stifled any attacks without doing any real damage, a large main pack reached the line together after an anticlimactic day in the battle for yellow, with Alaphilippe’s token dig in the closing meters – a move which earned the French rider just the one second – the only minor flashpoint.