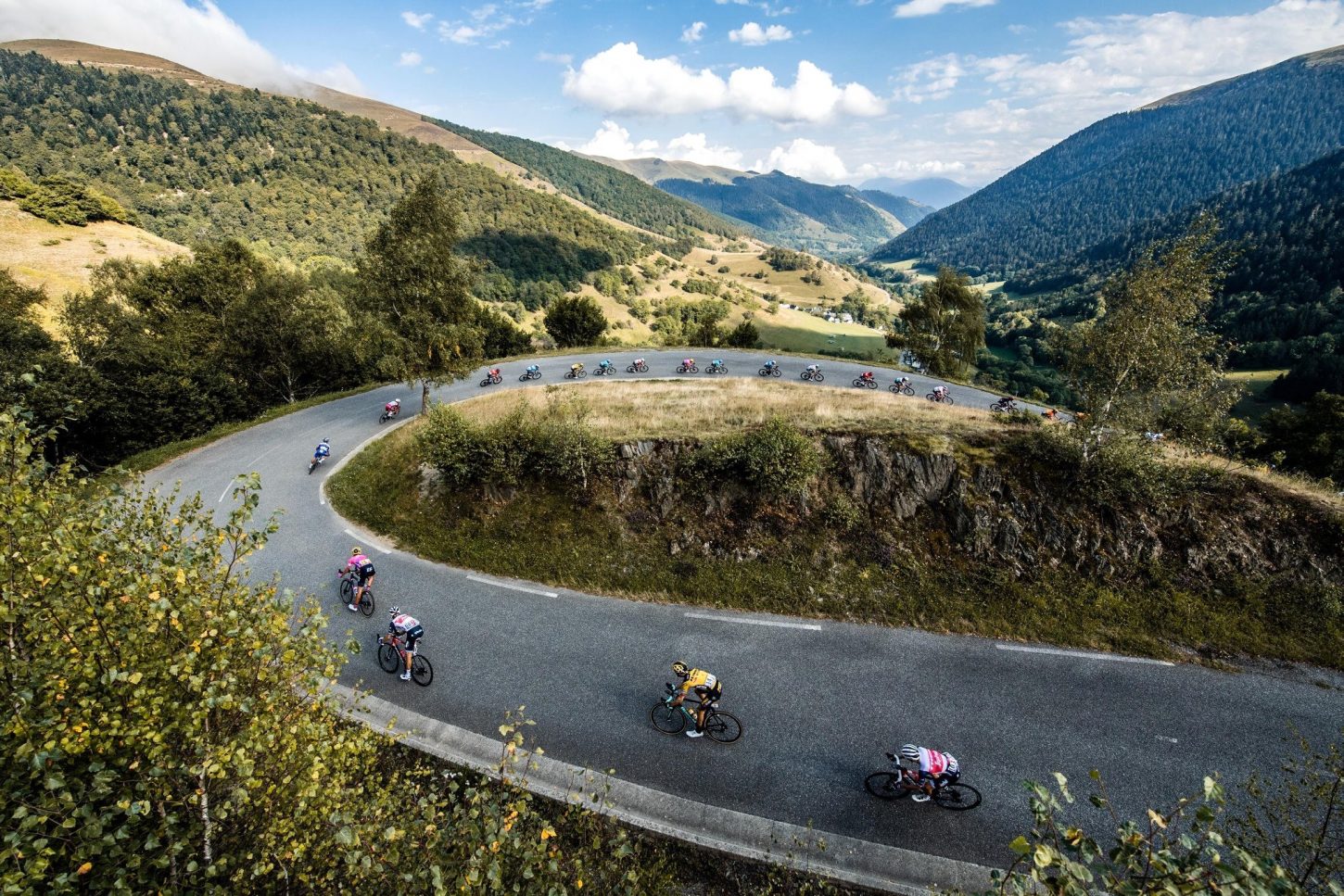 With 80 kilometers still remaining, Hirschi commenced a valiant attack early on during the ascent of the Col de la Hourcère, but the Swiss rider was unfortunately caught just 1.6 kilometers from the line, getting overhauled by Pogacar and Roglic in the final meters.

In the meantime, race leader Adam Yates (Mitchelton-Scott) was distanced near the summit of the Col de Marie Blanque and finished 54 seconds down, slipping to eighth overall.

Hirschi launched a first attack right after Benoît Cosnefroy (AG2R-La Mondiale) took one KOM point atop the côte d’Artiguelouve (km 9.5). All the way to the bottom of col d’Hourcère, skirmishes took place but no breakaway was created while Fabio Aru (UAE Team Emirates) was dropped and rode alone in front of the broom wagon before eventually calling it a race. Thibaut Pinot started the fight at the approach of the first cat. 1 climb but that was for his team-mates to try and win the stage.

HIRSCHI ON HIS OWN 90KM BEFORE THE END

Hirschi managed to get out of the front part of the peloton with 90km to go. A group was formed behind him in the ascent to col de la Hourcère with Davide Formolo (UAE Team Emirates), Omar Fraile (Astana), Jonathan Castroviejo (Ineos), David Gaudu and Sébastien Reichenbach (Groupama-FDJ), Warren Barguil (Arkea-Samsic), Dani Martinez (EF) and Lennard Kämna (Bora-Hansgrohe). After la Hourcère (cat. 1, km 69), Hirschi crested col du Soudet (km 78) with an advantage of 1’55’’ over Gaudu while the yellow jersey group was led by Primoz Roglic’s team-mate Wout van Aert four minutes behind as Yates was left with no team-mate.

With 45km to go, a big group was reunited as all the chasers got reeled in but Hirschi was still 4’30’’ ahead. He kept an advantage of 3’35’’ at the bottom of the cat. 1 col de Marie-Blanque with 25km to go. Van Aert took another minute from his lead before giving way to Sepp Kuss. Tadej Pogacar (UAE Team Emirates) attacked with less than 3km remaining in the climb. He didn’t make a difference but Adam Yates couldn’t hold the pace. The next rider to speed up was Egan Bernal (Ineos), followed by Roglic, Porte, Landa and Pogacar. Hirschi crested col de Marie-Blanque with 15’’ lead over Roglic and Pogacar who took 5’’ and 2’’ bonus respectively. Hirschi rode very well in the downhill. His advantage moved up to 25’’ but the flat section at the end was harder for him. Roglic, Landa, Bernal and Pogacar caught him just after the 2km to go mark. Hirschi launched the sprint but Pogacar and Roglic passed him to cross the line in that order. It makes another 1-2 for Slovenia after stage 3 as they finished in the opposite order in Orcières-Merlette. Roglic takes over from Yates in the overall ranking.