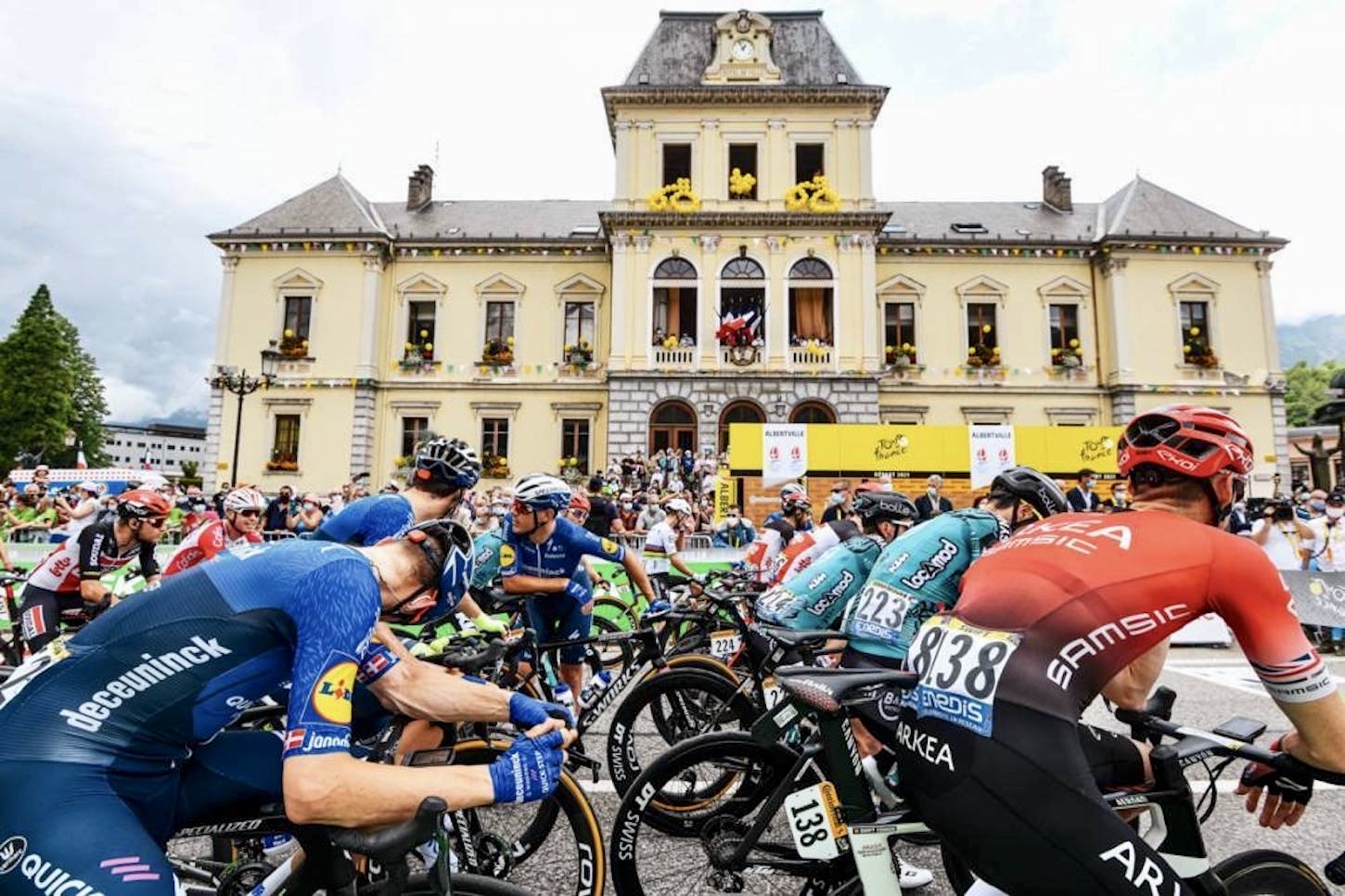 Mark Cavendish added a third victory to his tally in this year’s Tour de France today, sprinting to victory once again in stage 10 in Valence after another perfectly-timed lead out from his Deceuninck-QuickStep team.

On a stage plagued by heavy crosswinds during the final 30 kilometers, the Belgian squad managed to control the pace, reeling in the day’s breakaway group while later setting-up Cavendish for victory.

“Old school, run of the mill, like you read in a cycling magazine, textbook lead-out,” the grinning Cavendish said after the finish. “We just got the lads on the front and pulled as fast as they can so no one can come up and try to come past in the finish.

“We knew this finish – I didn’t make it the last time we came to this finish – it was in 2015, I got dropped and nearly cried and Greipel won. I studied it – we knew if we took the last corner wide you can keep the speed. It split in the wind, but we didn’t try to split it. We weren’t bothered by it. We were confident we had the team for the sprint.

“Again, I’m just humbled. You got the winner of the Tour of Flanders, the world champion who’s also worn the yellow jersey also here. You’ve got Michael Mørkøv who’s gone to the Olympics for the Madison to try and win that. You’ve got the Omloop Het Nieuwsblad winner leaving everything on the road for me. I have to finish it off. I didn’t really do anything – I did 150 metres – it was the team I have to thank for everything.”

As a result, Cavendish extended his lead in the points classification with another 50 points at the finish, edging out Wout van Aert (Jumbo-Visma) and Jasper Philipsen (Alpecin-Fenix) in the dash for the line.

Crosswinds off the back of an uncategorized climb 30 kilometers from the finish of today’s 190 kilometer route from Albertville made for a tense finale and saw some splits in the peloton, with the yellow jersey of Tadej Pogacar (UAE Team Emirates) momentarily caught out before the Slovenian rider fought his way back.

Meanwhile, Ineos Grenadiers, EF Education-Nippo, AG2R-La Mondiale and Bora-Hansgrohe all tried to cause some damage in the final 10 kilometers, but Deceuninck-QuickStep restored order during the final few kilometers as they pulled their man in green towards what seemed like an inevitable win.

In the end, Cavendish extended his lead in the green jersey standings by 59 points over Michael Matthews, with Sonny Colbrelli, who could only muster a 17th place finish in the stage, slipped to 82 points in arrears despite a good showing in the intermediate sprint.

Pogacar rallied to retain his 2’01” lead over the Ben O’Connor (AG2R-La Mondiale) ahead of tomorrow’s double ascent of the venerable Mont Ventoux.