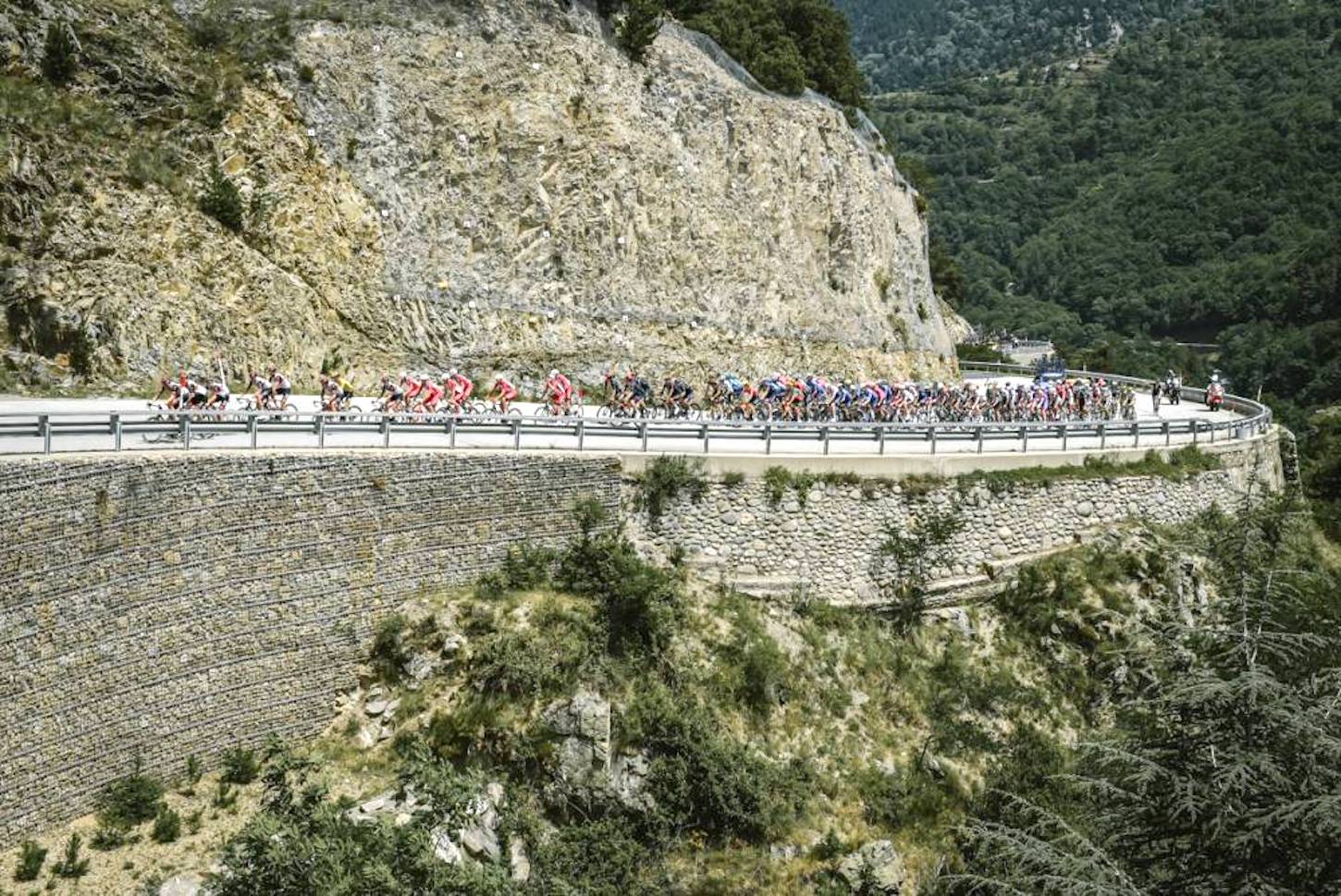 An impressive display from Sepp Kuss saw the American claim his first ever Tour de France victory, after triumphing in today’s Pyrenean stage to Andorra, while Alejandro Valverde (Movistar) and Wouter Poels (Bahrain Victorious) rounded out the podium.

In the meantime, Tadej Pogacar (UAE Team Emirates) kept control of his rivals to maintain his five-minute in the overall classification.

Kuss attacked out of the day’s breakaway group along the Beixalis climb, distancing Valverde and David Gaudu (Groupama-FDJ) by almost half a minute before a plunging descent into Andorra.

Meanwhile, Ineos-Grenadiers had enough strength in numbers to put pressure on Pogačar along the final Beixailis climb, while Richard Carapaz, Ben O’Connor, Rigoberto Urán and Jonas Vingegaard all made accelerations through the steep narrow ascent, only to see the Slovenian leader shut down all of their efforts.

Thomas de Gendt executed a series of attacks at the outset of the stage, taking two groups with him that eventually formed into a large 32-rider breakaway effort.

From there, the breakaway went on to establish a sizable advantage of almost 10 minutes during the first 120 kilometers.

Back in the case, Ineos Grenadiers took over the pace setting duties from UAE Emirates when the peloton started to approach the highest climb of the race, the Port d’Envalira.

Carapaz’s crew dropped its two breakaway riders back to the bunch to hook up with the Richie Porte-led peloton. The team cranked the pace through the high-altitude climb and down the long descent, leaving most of the GC favorites isolated, detaching Martin ahead of the final climb of the day.

Poels beat van Aert and Woods in a full-gas sprint for the first climb. The same trio contested a fierce kick for the second ascent, this time with van Aert taking the most points

Quintana went long for the Souvenir Henri Desgrange (high point of the race) to take the points on the Envilara. The Colombian rider attacked twice on the Beixalis climb before Kuss scored the final summit with his attack.