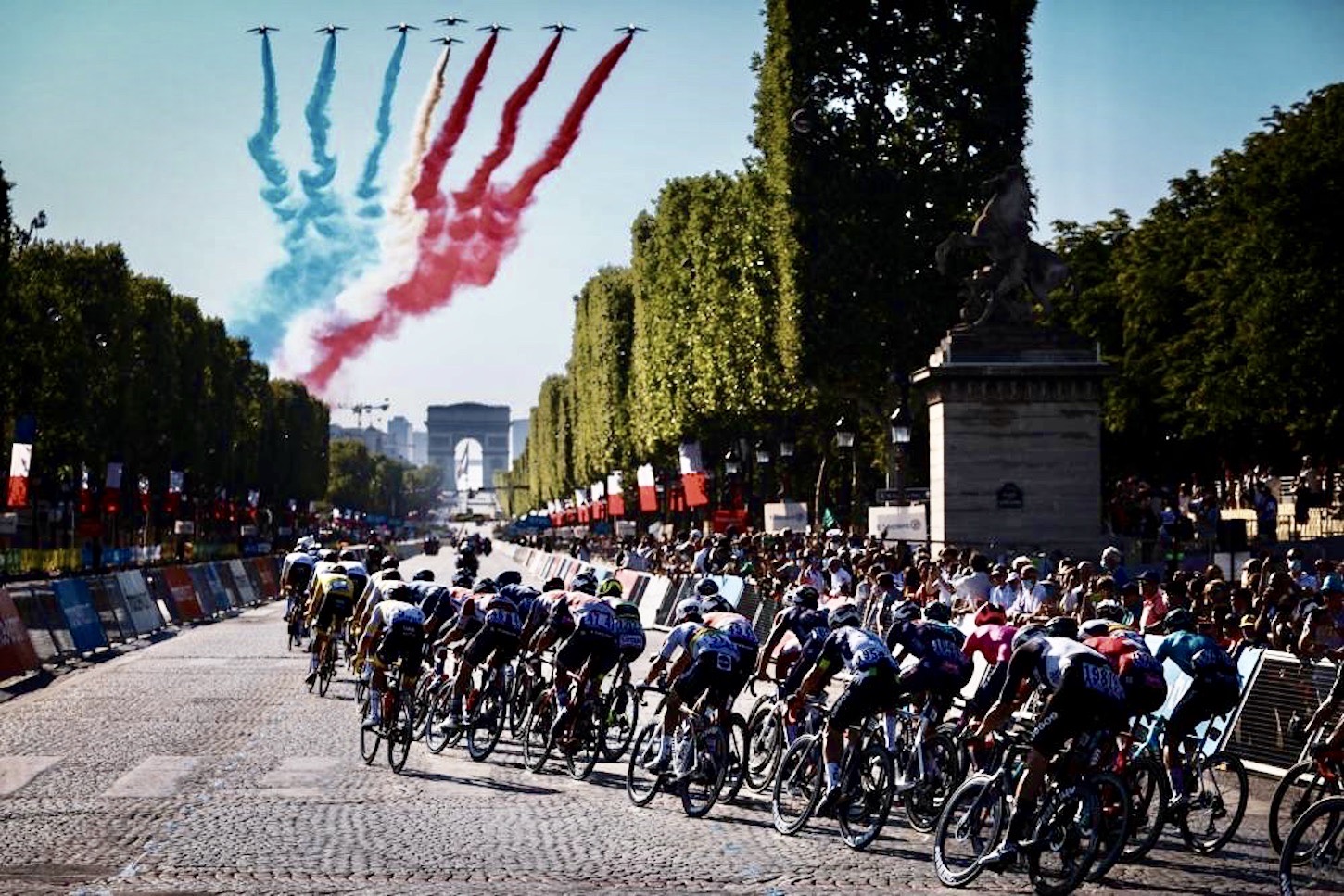 Wout van Aert (Jumbo-Visma) sprinted to victory on the Champs-Elysées, beating Jasper Philipsen (Alpecin-Fenix) and Mark Cavendish (Deceuninck-QuickStep) to the line on stage 21 to take his third stage victory of the race.

The Belgian rider edged out Philipsen by less than a wheel-length to win, while Cavendish, who had started his sprint behind Van Aert and couldn’t come around, banged his bars in frustration.

In the meantime, Tadej Pogačar crossed the line safely alongside his UAE Team Emirates teammates to claim his second Tour de France overall victory in two years. He topped the podium by 5:20 ahead of Jonas Vingegaard (Jumbo-Visma) and Richard Carapaz (Ineos Grenadiers) by 7:03.

The Slovenian rider also claimed the polka dot and white jerseys too, beating Wout Poels (Bahrain Victorious) by 29 points to the climber’s award as Vingegaard finished runner-up in the young rider’s classification.

Despite not claiming a 35th victory to surpass the great Eddy Merckx’s in the number Tour de France stage wins, Mark Cavendish nonetheless secured the green jersey, beating Michael Matthews (Team BikeExchange) by 38 points at the top of the standings, while Bahrain Victorious won the team competition by 19 minutes ahead of EF Education-Nippo, and Franck Bonnamour (B&B Hotels p/b KTM) claimed the super-combativity award after an aggressive three weeks of racing.