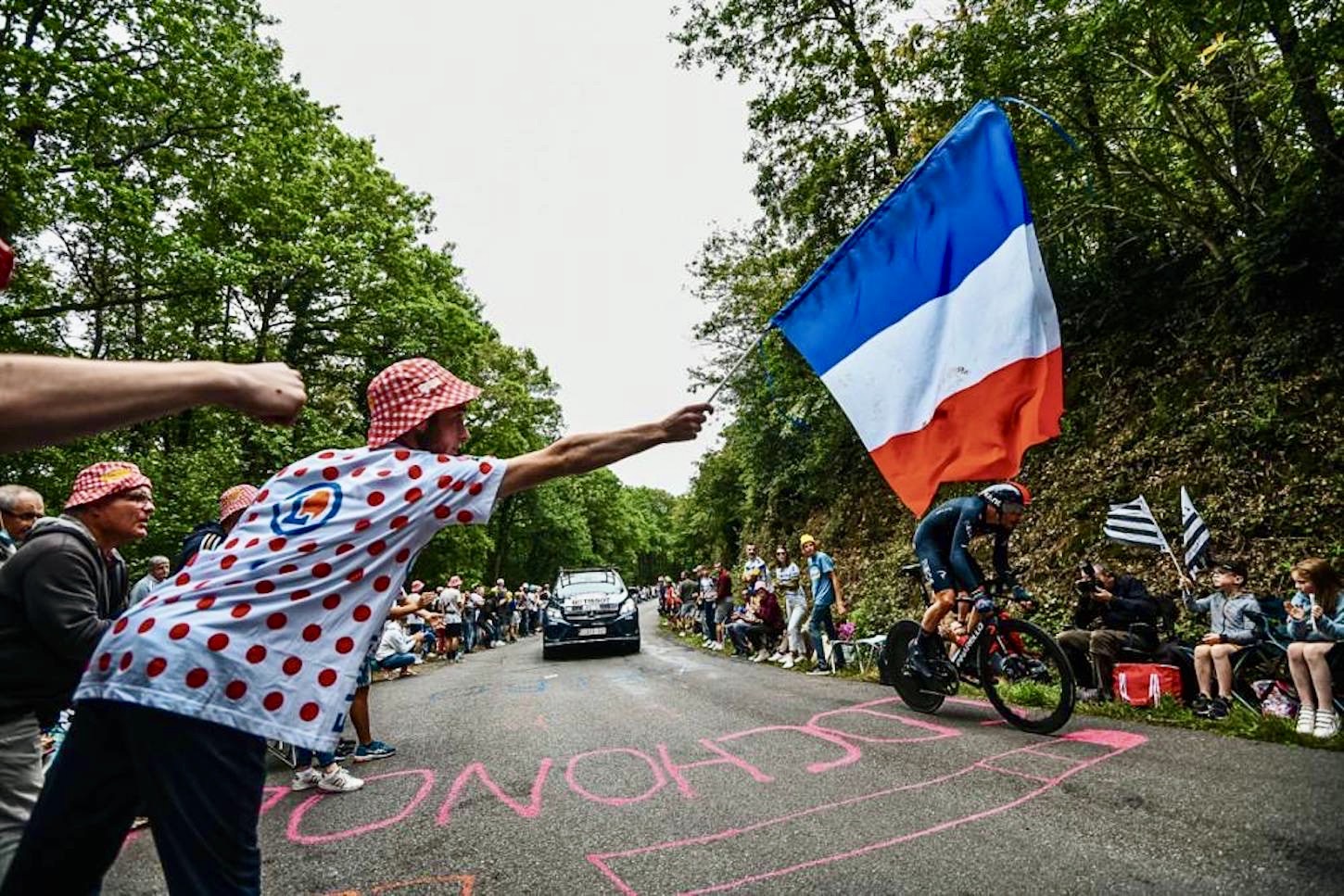 Few expected the Slovenian rider to replicate his triumph up La Planche des Belles Filles in 2020 that saw him wrestle the yellow jersey off Primoz Roglic on the final competitive stage, but he put in a statement performance to cross the line in 32’00” and deny Stefan Kung (Groupama–FDJ) the stage win.

Van der Poel, tackling the most important time trial of his career, put in an impressive defense in yellow to keep the lead by a handful of seconds.

The Dutch rider leads the GC by eight seconds from Pogacar, with Wout van Aert (Jumbo-Visma) 30 seconds back in third.