CapoVelo.com
CapoVelo.com - - Tour de France 2022 Route Unveiled Along with the Return of the Women's Race
96621
post-template-default,single,single-post,postid-96621,single-format-standard,no_animation 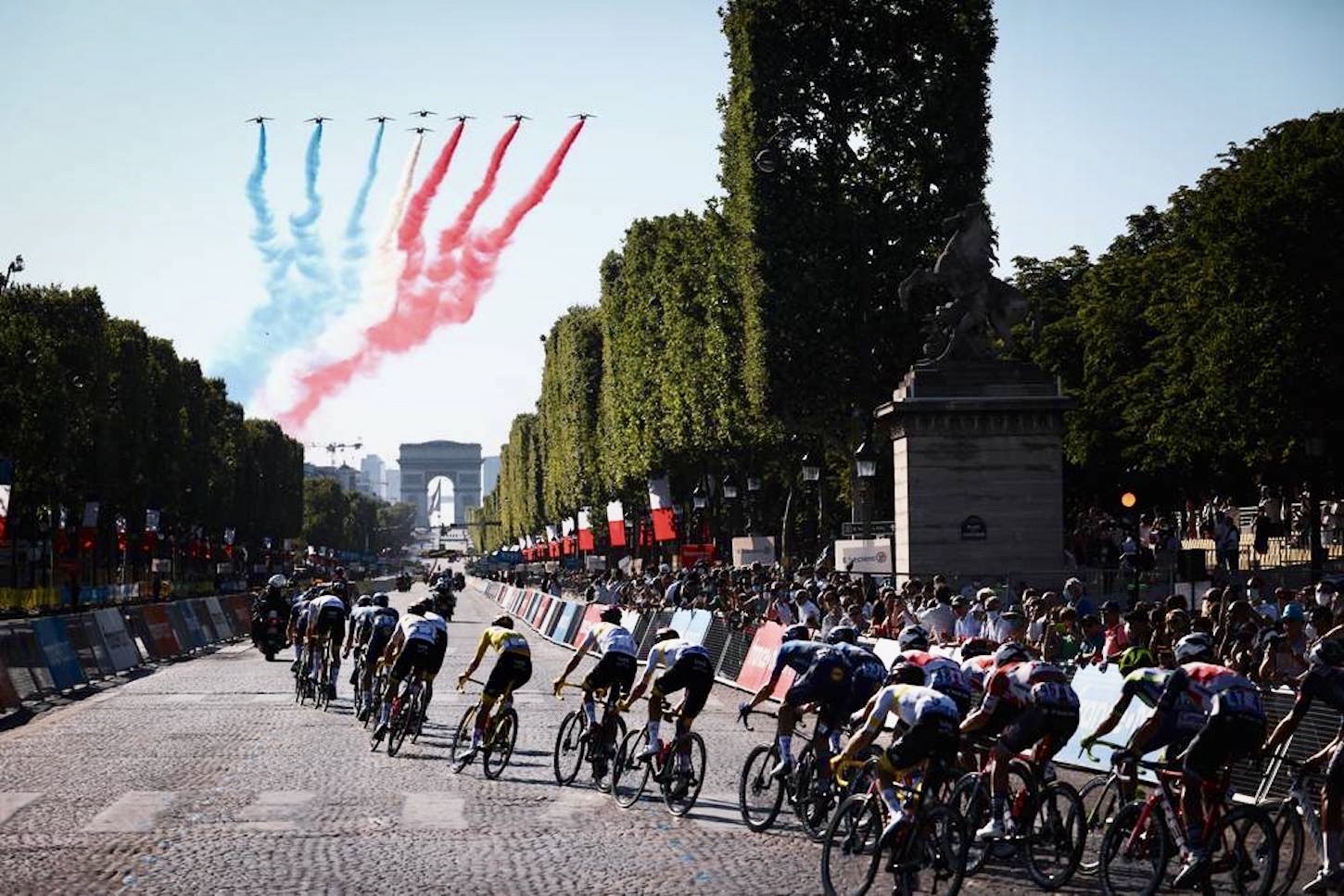 Organizers for the Tour de France unveiled the route for the 2022 French Grand Tour at the Palais des Congrès de Paris today, along with the return of the women’s race after 12 years.

The Grand Depart will take place in Copenhagen, before  making its way back onto French soil, dropping briefly into Belgium and Switzerland along the way before circling back to the Champs-Elysées on July 24.

After an against-the-clock contest along the streets of Copenhagen, the second day will take place in the fjords of “Viking country” between Roskilde and Nyborg, with riders traveling over the Great Belt Bridge running between the islands of Zealand and Funen.

The third stage will also move through Denmark, before returning to France, incorporating a difficult route between Dunkirk and Calais before passing over the Griz-Nez and Blanc-Nez Caps while battling against the winds of the Côte d’Opale.

On July 6, the riders will begin in Lille, covering nearly 20 kilometers of cobblestones as they race towards the ‘Pont Gibus’ sector, while the following day will mark the longest stage of the Tour, starting in the Belgian town of Binche and covering 220 kilometers to reach Longwy in Meurthe-et-Moselle.

The Tour will then turn towards the Vosges mountains, confronting the challenging climb up to La Planche des Belles Filles ski resort, which involves a stretch on a road at 20% and another untarmacked section at 24%.

The ninth stage will begin in the Jura at Dole, before dipping into Switzerland and concluding in Lausanne, while another race from Aigle back into France and the town of Châtel will bring the competitors to a well-deserved rest day.

On July 12, the riders will move over the French Alps between Morzine and Megève. The next two days will see them climb Les Lacets de Montvernier (at 782m), Le Col du Télégraphe (at 1,566m), Le Col du Galibier (sitting at 2,642m) and finally Le Col du Granon at 2,413m.

On the day of the Fête Nationale (July 14), the race will begin in Briançon, taking its competitors once again over Le Col du Galibier, as well as La Croix-de-Fer and the 21 hairpin bends up to Alpe d’Huez.

These alpine stages will be followed by the flatter landscapes between Bourg-d’Oisans and Saint-Étienne, Saint-Étienne and Mende and Rodez and Carcassonne.

After a rest day, the riders will tackle the Pyrenees, heading for Foix on July 19 via the Port de Lers and its 11.4 kilometers at 7%.

This will be followed by two short but difficult climbs to the Aérodrome de Peyragudes Altiport and to Hautacam, which sits at 1,520m above sea level.

The 19th stage will take place between Castelnau-Magnoac and Cahors, with a race against the clock finish. The penultimate day will cover 40 kilometers between Lacapelle-Marival and Rocambour, before the riders arrive in Paris for the final sprint between La Défense Arena and the Champs-Elysées.

Next year will also mark the first Tour de France Femmes since 2009, which will begin in Paris on July 24 and cover 1,029km over eight days.

From their starting point at the Eiffel Tower, the competitors will move around Paris during the first stage before leaving the city for towns including Meaux and Provins in the second, and then Reims and Épernay in the third.

The race will then continue east towards the Vosges mountains and Alsace, passing through Rosheim, Sélestat and Le Markstein, and over the highest Vosges peak, Le Grand Ballon, which sits at 1,424m above sea level.

The final stage of the women’s Tour will see competitors climb over 7 km at 8.7% to La Planche des Belles Filles.

Some of the favorites to win the yellow jersey include the Dutch riders Marianne Vos, Annemiek van Vleuten and Demi Vollering, as well as Britain’s Lizzie Deignan, Italy’s Elisa Longo Borghini and France’s Juliette Labous.

Christian Prudhomme, the director of the men’s race, says he hopes the Tour de France Femmes will be a success, but that it may be difficult to ensure its financial viability.

“If it had been [sustainable], the women’s Tour would have been held for 40 years,” said Mr Prudhomme before today’s presentation ceremony.

“The biggest challenge is to broadcast the race. I think we’ve done a good job, with the race starting the same day as the men’s race ends in Paris.”