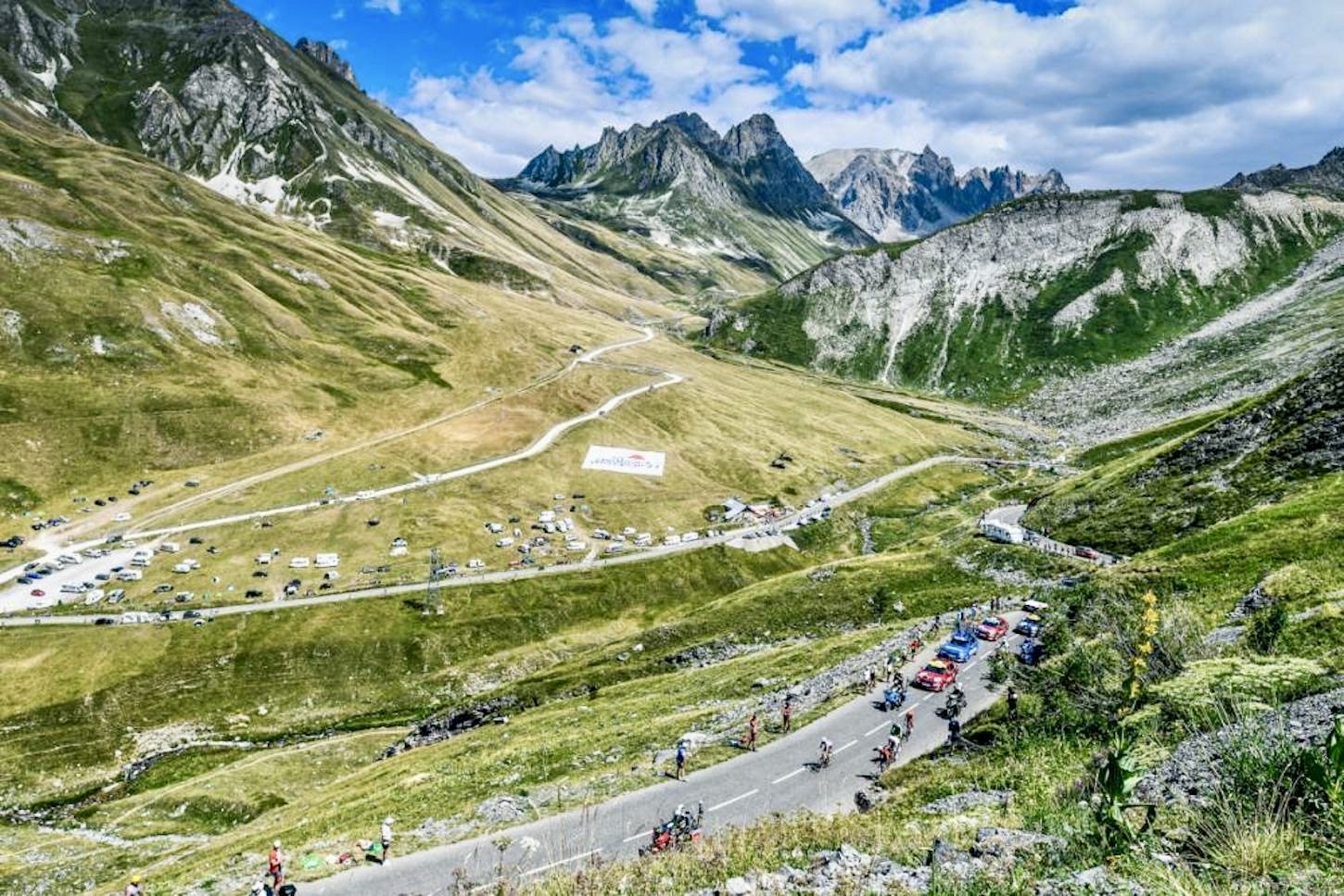 Jonas Vingegaard (Jumbo-Visma) took a stunning victory in stage 11 of the Tour de France, soloing to victory atop the Col de Granon by almost a minute over his closest rival Nairo Quintana (Team Arkéa-Samsic), while wresting the yellow jersey from the shoulders of Tadej Pogačar (UAE Team Emirates) after cracking the two-time defending champion.

Pogačar responded to a savage succession of attacks on the Col du Telegraph and the Col du Galibier – the first coming well over 50 kilometers from the finish – before Vingegaard finally delivered his killer blow along the final climb, relinquishing control of the maillot jaune on the brutal slopes of the Granon, the 23-year-old crossing the line, his head down and shoulders slumped, a whopping 2’51” down on Vingegaard.

Vingegaard’s explosive attack came just inside the final 5km of the 148km stage in the Alps, the 25-year-old making light of the remaining riders ahead – French duo Romain Bardet (Team DSM) and Warren Barguil (Arkea-Samsic) and the Colombian Nairo Quintana (Arkea-Samsic) – on his way to an emphatic victory.

The last man standing of the day’s breakaway, Barguil had held a two-minute gap over the yellow jersey chasing group going onto the final climb having earlier crested the Galibier, the highest point in the race, in pole position to snare the prestigious Prix Henri Desgrange.

Barguil buried himself in a bid to become the first Frenchman to win a stage on this year’s Tour – but with the gap coming down, he handed over the reins to teammate Quintana, the first to attack from the chasers.

Vingegaard’s win was one to which every rider of the Jumbo-Visma squad contributed – from the green jersey Wout van Aert getting into the early break alongside Christophe Laporte, both acting as vital relays later on, to Primoz Roglic’s relentless attacks on the Galibier, and the constant uphill menace from the likes of Steven Kruijswijk, Sepp Kuss and Tiejs Benoot.

“It’s really incredible. It’s hard for me to put words on. This is what I dreamed of – a stage in the Tour, and now the yellow jersey. Incredible,” last year’s runner-up Vingegaard said before breaking off to celebrate with his Belgian teammate Van Aert.

“We made a plan from the start of the day. Obviously, you can see what it was: we wanted to make it a super hard race. We thought that was in my favour and in the favor of Primoz [Roglic]. I took a lot of time today but I would never have done that without my teammates – I really had to thank my teammates. They were all incredibly strong today.”

“On the Galibier, over the top, [Pogacar] was really strong and he dropped everyone else. I was a bit unsure if he was going full or not. Then on the last climb I was thinking that if I don’t try, I won’t win. Of course, a second place is a nice result on the GC – but I tried this last year and now I want to go for the victory, and that’s what I did today. Luckily it succeeded and I have the yellow jersey – so I’m going to keep on fighting for yellow and Paris.”

Although Pogačar was able to fight fire with fire when the attacks rained down as early as the Col du Telegraph, Jumbo-Visma’s aggression meant the Slovenian was quickly isolated as the race entered its closing moments. Rafal Majka managed to fight back to put himself in the service of his leader, but when Vingegaard lay down the gauntlet on the Granon, the Polish climber was incapable of closing the gap.

Buoyed by the first signs of weakness from his younger rival, Thomas, who had ridden his own race throughout the day as Jumbo-Visma kept dropping bombs along the route – kept his tempo to ride clear of Pogačar, setting in motion a painful final four kilometers for the rider bidding to win a third successive Tour title this July.

Entering the day 39 seconds clear of Vingegaard, Pogačar slumped to third place at 2’22” from the race summit, six seconds behind Frenchman Bardet, who is now the Dane’s closest challenger. Thomas stays in fourth, four seconds behind Pogačar, while Quintana’s strong ride sees the Colombian veteran rise seven places to fifth at 2’37”.

Pogačar will now be in the white jersey as the best young rider while Jumbo-Visma will possess both yellow and green for tomorrow’s queen stage to Alpe d’Huez, while Simon Geschke (Cofidis) retained the polka dot jersey after starring in the day’s initial 20-man breakaway alongside Pierre Latour (TotalEnergies), who came within eight points of Geschke’s lead in the king of the mountains competition.

But, there was only one true king of the mountain today, with Vingegaard delivering what could well have been the knock-out blow to Pogačar’s bid for an historic hat-trick of Tour wins.

Tomorrow’s stage 12 includes another ascent of the Galibier and the Croix de Fer ahead of a summit showdown on the famous 21 hairpin bends of Alpe d’Huez.