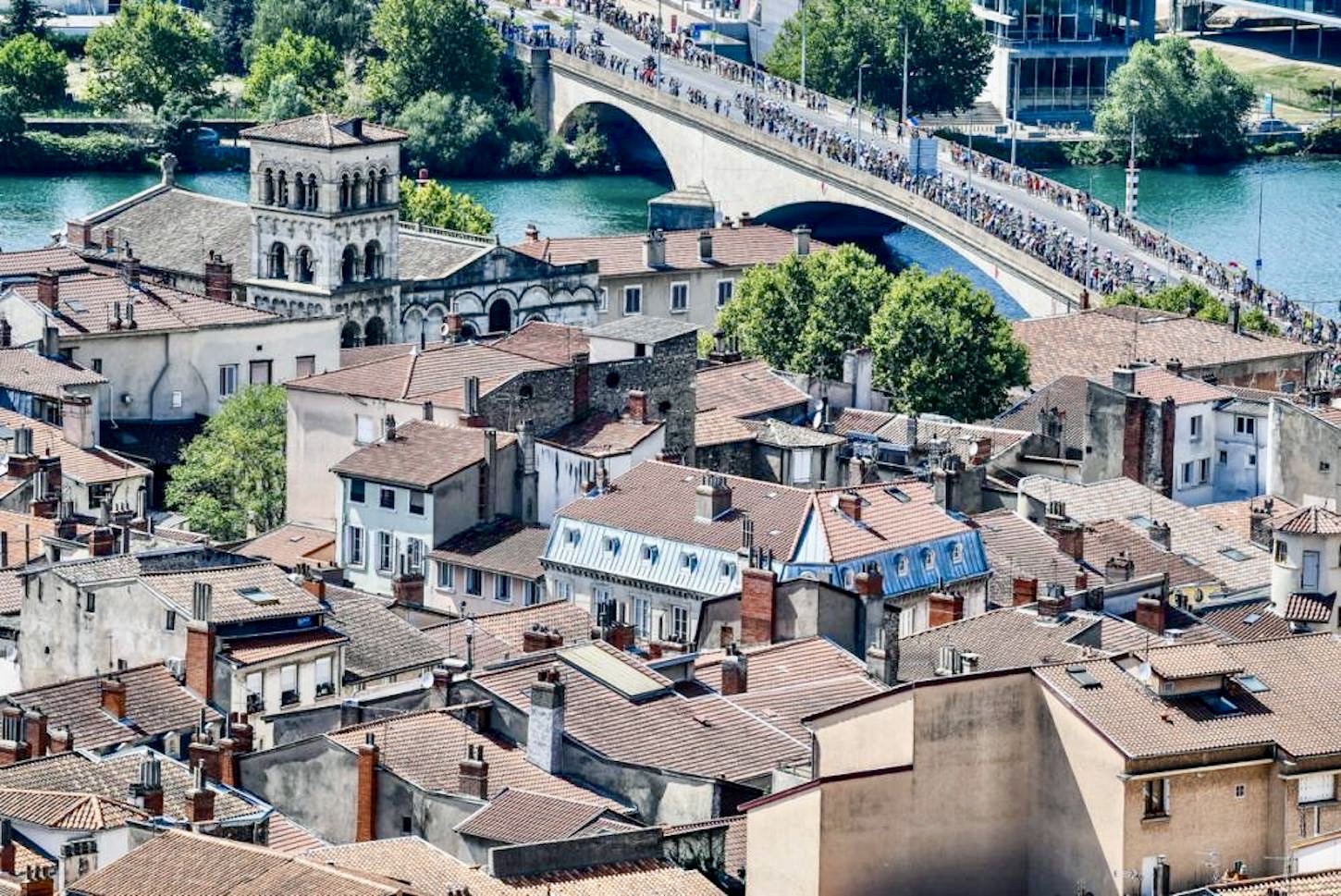 Pedersen opened up his sprint during the last 300 meters, holding off his rivals to claimed the stage honors in Saint-Etienne, while Jonas Vingegaard (Jumbo-Visma) finished safely in the peloton to defend the yellow jersey.

Simmons was later dropped along the final climb, while Pedersen attacked with about 10 kilometers to go, drawing out both Houle and Wright.

From there, the trio fought for the spoils, with Pederson emerging victorious.

Elsewhere, a touch of wheels saw Caleb Ewan and several other riders caught up in crash with 70 kilometers to go.

Fortunately, the Australian rider and his teammates were able to remount and continue, but they were unable to regain contact with the peloton.

In the meantime, Alpecin-Deceuninck was unable to hunt down the escapees on their own, and by the time BikeExchange Jayco took up the chase, it was too little, too late for the peloton to rein in the breakaway.