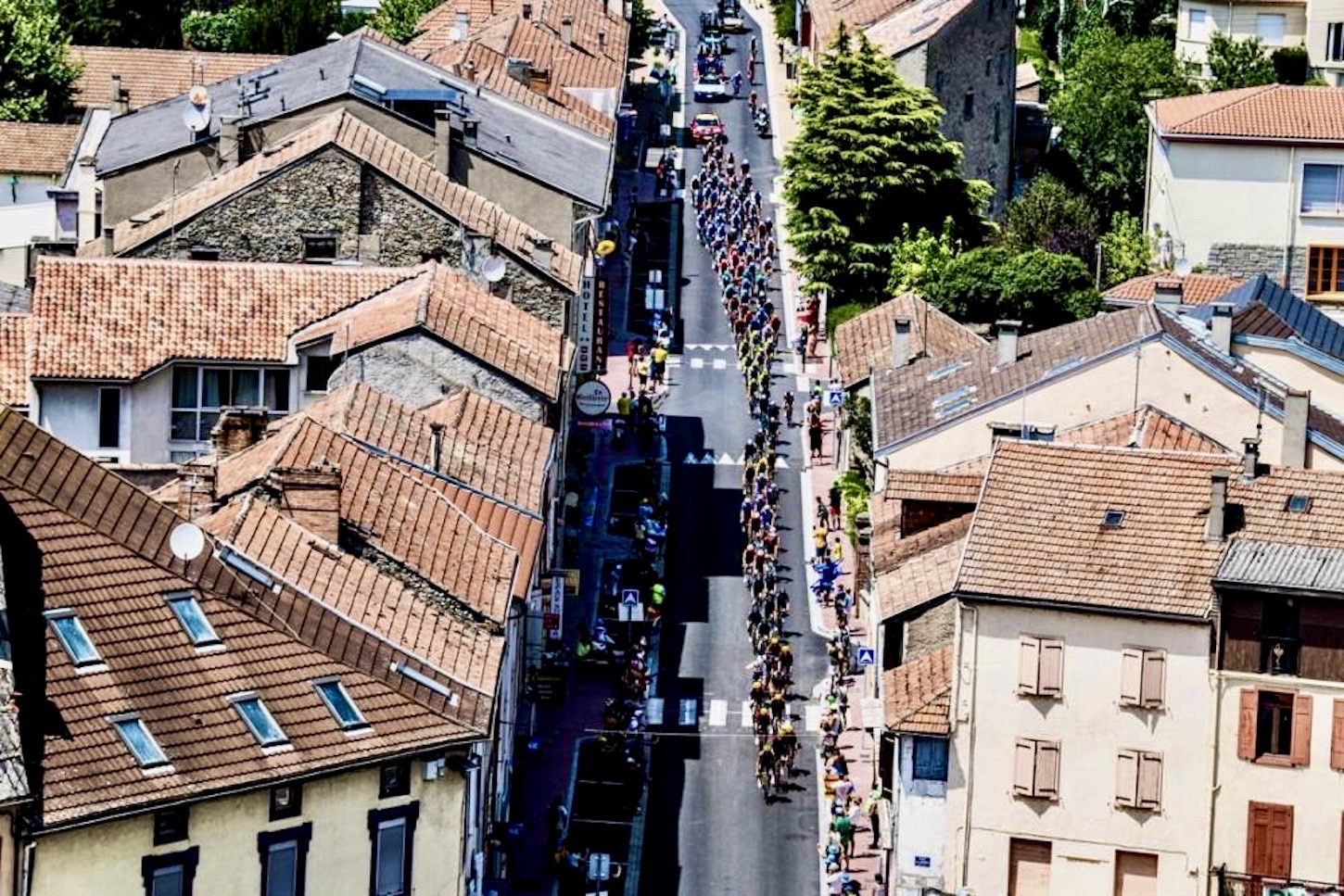 Houle was part of the day’s breakaway group before attacking ahead of the Mur de Péguère, after benefiting from the work of his compatriot and teammate Michael Woods.

From there, the neo-pro remained out front for the final 27 kilometers, soloing to victory in Foix with more than a one minute advantage over his closest rival, Valentin Madouas (Groupama-FDJ), dedicating his triumph to his brother Pierrick, who was killed after being struck by a drunk driver in 2012.

Houle was part of a large, 29-rider breakaway group that escaped the peloton early-on in the stage.

Damiano Caruso later decided to animate things along the climb of the Port de Lers, briefly splitting up the group before he, Woods and Michael Storer were reeled back in on the descent.

It was there that Houle made his winning move.

Houle started the final climb of the Mur de Péguère with a 50 second advantage over the group, with Matteo Jorgenson chasing in earnest, a move that was thwarted every inch of the way by Woods.

Jorgenson’s crash along the descent spelled destiny for Houle, who rode to the finish in Foix with a 1:10 margin, while Madouas eked out second place in a sprint against Woods.

Back in the peloton Enric Mas and Louis Meintjes stirred things up along the Port de Lers, with Tadej Pogacar also attacking twice before being shut down by Jonas Vingegaard that led to a stalemate, while Movistar’s Rafal Majka and Sepp Kuss briefly escaped along the Mur de Péguère.

However, the race consolidated along the descent, with some gaps occurring between the riders in the top 10, but no changes in the overall classification.