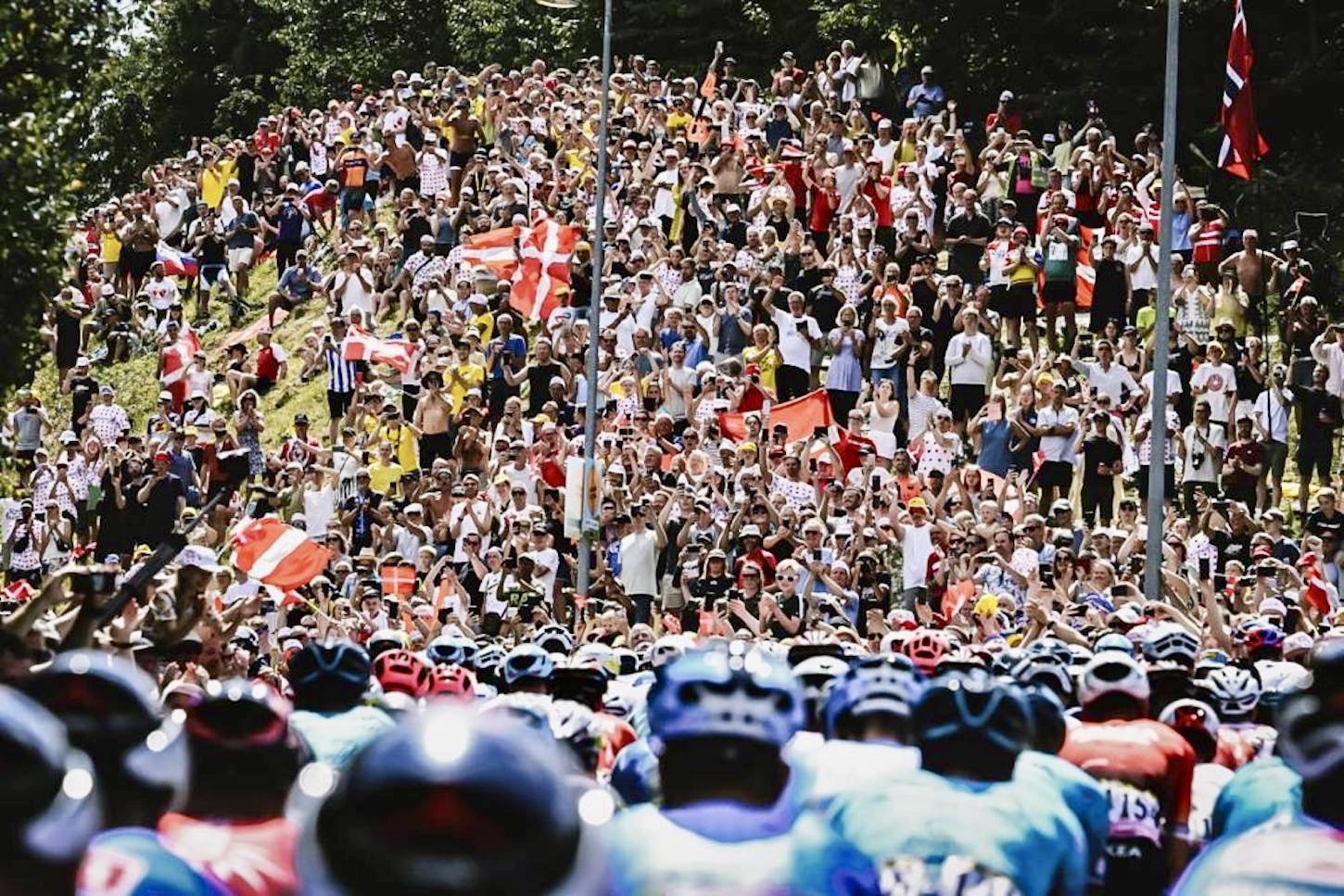 As a result, Pedersen moved up into first place in the overall classification with a one second advantage over his teammate Yves Lampaert, while defending champion Tadej Pogačar (UAE Team Emirates) sits in third at eight seconds back.

From there, the quartet went on to establish a modest advantage of around three minutes, with Cort collecting the KOM points along the way.

Rolland and Barthe lost contact with their fellow escapees along the first climb of the day, while Cort later dropped back into the peloton with roughly 60 kilometers to go, leaving Bystrøm out front alone before he was reined in with 30 kilometers remaining.

A crash along the Great Belt Bridge ensnared Rigoberto Urán and rookie American rider Kevin Vermaerke. But, EF Education EasyPost quickly rallied around the Colombian rider to bring him back into the fold.

Not long after, a second crash plagued the peloton, this time claiming Lamapaert and his teammate Michael Mørkøv, subjecting both riders to a leg-sapping effort in order to regain contact with the group.

With 10 kilometers remaining, the peloton was all back together. But, just as tensions began to ease a huge crash brought dozens of riders down. Fortunately, the melee didn’t cost them any time.

Lampaert led the peloton into the final kilometer, while Van Aert was keen to latch onto Quick-Step’s slipstream.

Pedersen then gambled with a long early sprint, but the Danish rider was overhauled just meters from the line by Jakobsen, who lunged for victory at precisely the right moment to snatch the win.