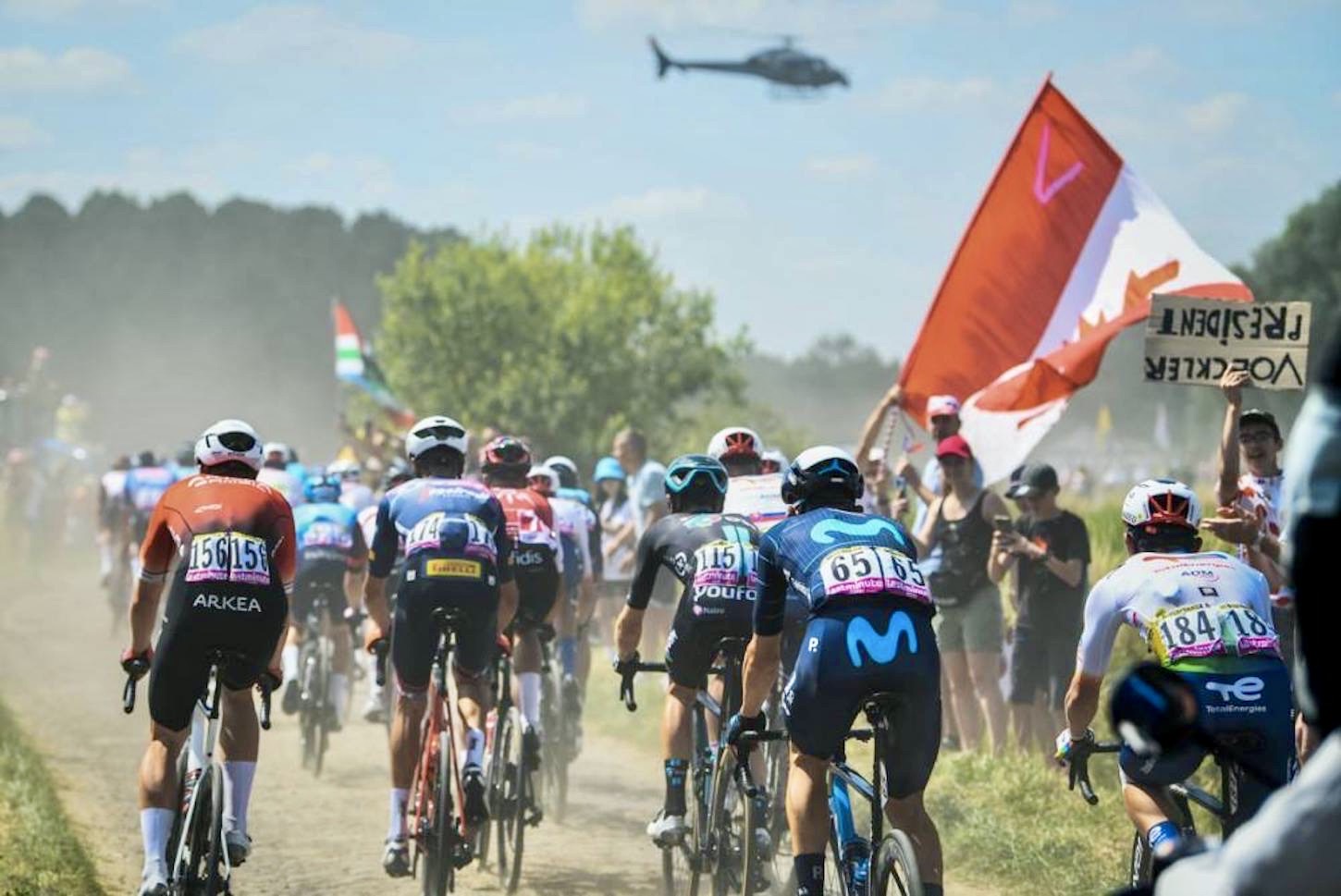 Back in the peloton, tensions were high all day, with the yellow jersey of Wout van Aert crashing along the first sector of cobbles.

The Belgian rider managed to quickly remounted, only to be forced to drop back and assist his Jumbo-Visma teammate, Jonas Vingegaard, who was forced to switch bikes several times due to mechanical problems.

From there, Primoz Roglic crashed just a few kilometers later, while a series of punctures and crashes ensnared a number of GC riders, forcing them to chase back an attack initiated by Tadej Pogacar and Jasper Stuyven during the last 18 kilometers.

Back up front, four of the remaining escapees were still clinging to a one minute gap during the last kilometer, with Powless being the first to attack, forcing Boasson Hagen to initiate a counter attack, while van der Hoorn was quick to mark his move.

However, just as the van der Hoorn looked poised for victory, Clarke managed to overhaul his Dutch rival and snatch the stage honors.

Behind, Tadej Pogacar put serious time on fellow countryman Primoz Roglic, who suffered one mishap from the next, while Wout van Aert managed to retain the yellow jersey after reconnecting with the peloton during  the final kilometers.