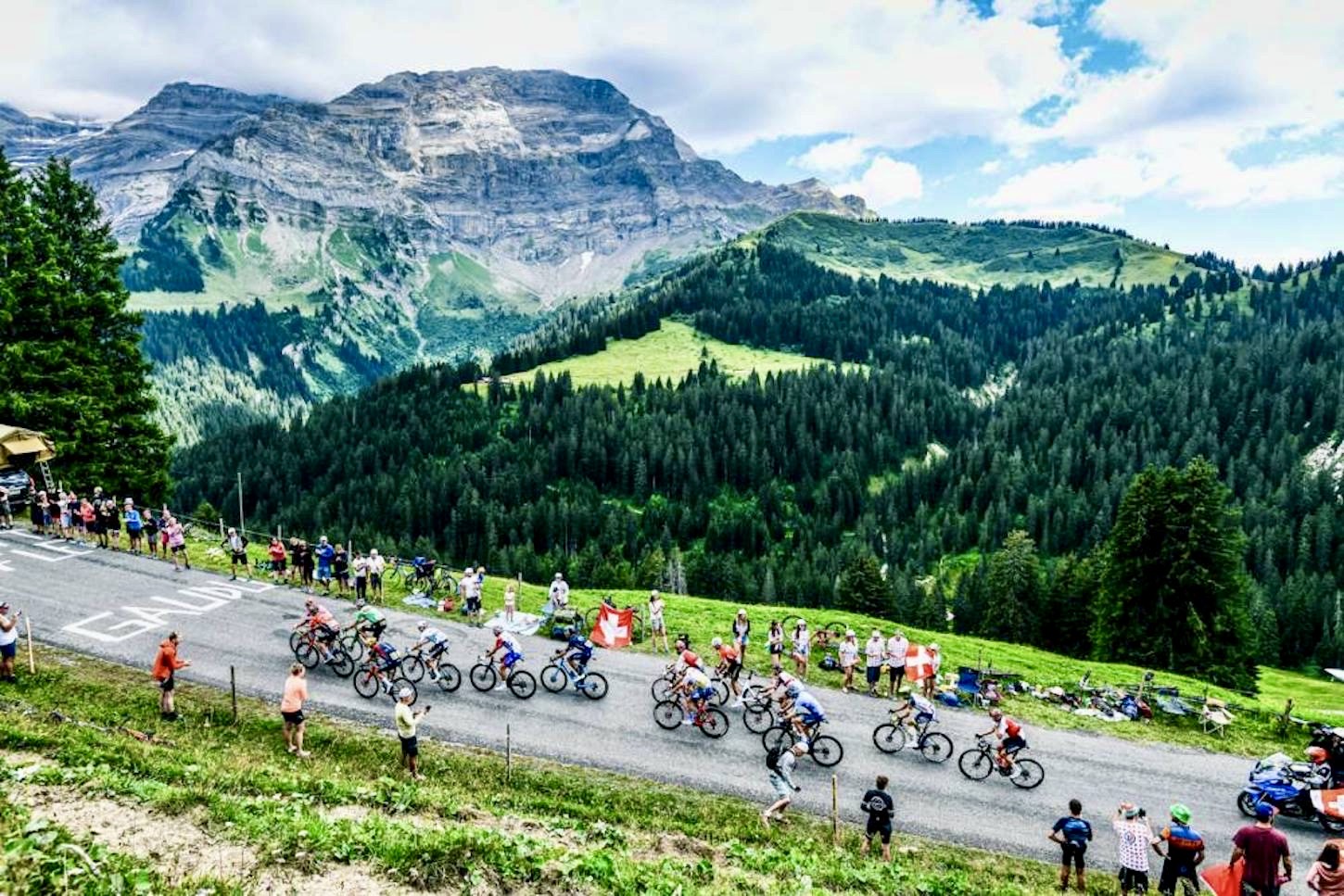 Pinot relentlessly pursued Jungels, trying in earnest to bridge his way to the Luxembourgish rider along the climb of Pas de Morgins, coming within 30 seconds of catching him on the descent.

Pinot continued his pursuit along the final ascent of Châtel les Portes du Soleil, this time closing the gap to 30 seconds, only to be overhauled by Castroviejo and Verona ding the final kilometer.

Jungels executed his winning move with 60 kilometers still to go, clinging to enough of a margin along the way to fend-off any last minute challenges from his rival to seize the stage honors.

As a consolation for Pinot, the French rider earned enough KoM point along the Pas de Morgins to snag the Polka Dot climber’s jersey.

Tomorrow is the second rest-day of the Tour.  On Tuesday, the peloton will ride a relatively short stage of 148.1 kilometers, but will face a challenging 19.2 kilometer climb to the summit finish on the Megève runway.