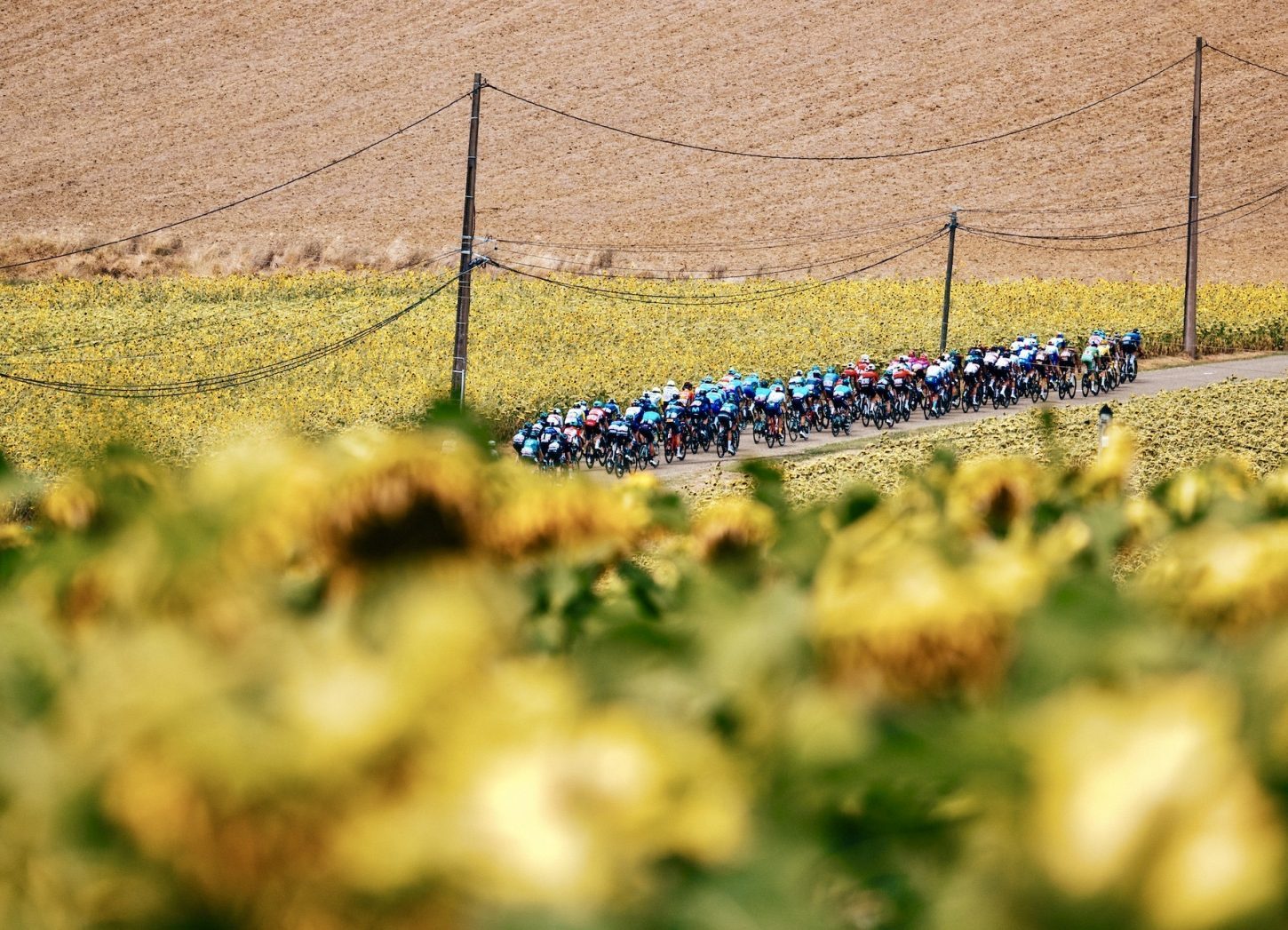 The route for the 2023 Tour de France was unveiled today, with the 110th edition of the France Grand Tour set to favor the climbers.

Featuring 21 stages across three weeks, the presentation in Paris confirmed the race will begin in Bilbao, Spain on Saturday July 1, finishing at the Champs-Elysees on Sunday July 23.

The first three stages will take place in Spain as riders head north into France and onto the capital.

Covering 3,404 kilometers, a total of six regions will be crossed that includes all five of France’s mountain ranges for the peloton to navigate.

There will be eight mountain stages in total with four summit finishes, eight flat stages, four hilly stages, and an individual time trial.

“You know it’s going to be great entertainment for fans next year,” said Mark Cavendish. “It’s going to be hard work for the bike riders and a lot of opportunities for sprinters but we have to get there first!”

“I think what’s beautiful about the sprints is their long straight finishes – old school Tour de France – more than a kilometer of straight road.

After visiting Pau for the 74th time on stage five, the race’s first real mountain test comes on stage six, leaving Tarbes and cresting the Col d’Aspin and Col du Tourmalet before a summit finish in Cauterets.

On stage seven, the Tour’s second most visited city, Bordeaux, will welcome its first stage finish since 2010, when Mark Cavendish claimed his 14th of a record 34 stage wins. Leaving nearby Libourne the next day, stage eight will head east on a 201 kilometer slog to Limoges.

Before the first rest day, the riders will wind up to the summit of the Puy de Dôme, a dormant lava dome which hasn’t featured in the Tour for 35 years. They’ll then enjoy a well-earned day off in Clermont-Ferrand before continuing their passage through the Massif Central.

France’s national holiday, July 14, will be celebrated next year with a summit finish on the Grand Colombier. From there, the mountains keep coming. The riders will climb over the Col de Joux Plaine to Morzine on stage 14, before another mountaintop test in Saint-Gervais Mont-Blanc the next day.

The sole individual time trial comes on stage 16, when a hilly 22 kilometer dash from Passy to Combloux will give the GC contenders a chance to force time gaps. The following day will bring the stage with the highest elevation gain, counting 5000 meters of climbing en route to the Courchevel alti-port, via the Cormet de Roselend and the monstrous Col de la Loze.

On stages 18 and 19, the sprinters are expected to come to the fore, with flat finishes in Bourg-en-Bresse and Poligny.

The penultimate stage will play out in the country’s most easterly region, ascending the Petit Ballon, Col du Platzerwasel and finishing in Le Markstein, as the Tour de France Femmes did last year.

The riders will then undertake a 500 kilometers transfer to the outskirts of Paris for the curtain-closing stage. The final day will start at France’s national velodrome in Saint-Quentin-en-Yvelines, the track cycling venue for the 2024 Olympics, and will conclude with the customary laps of the capital’s Champs-Elysées.