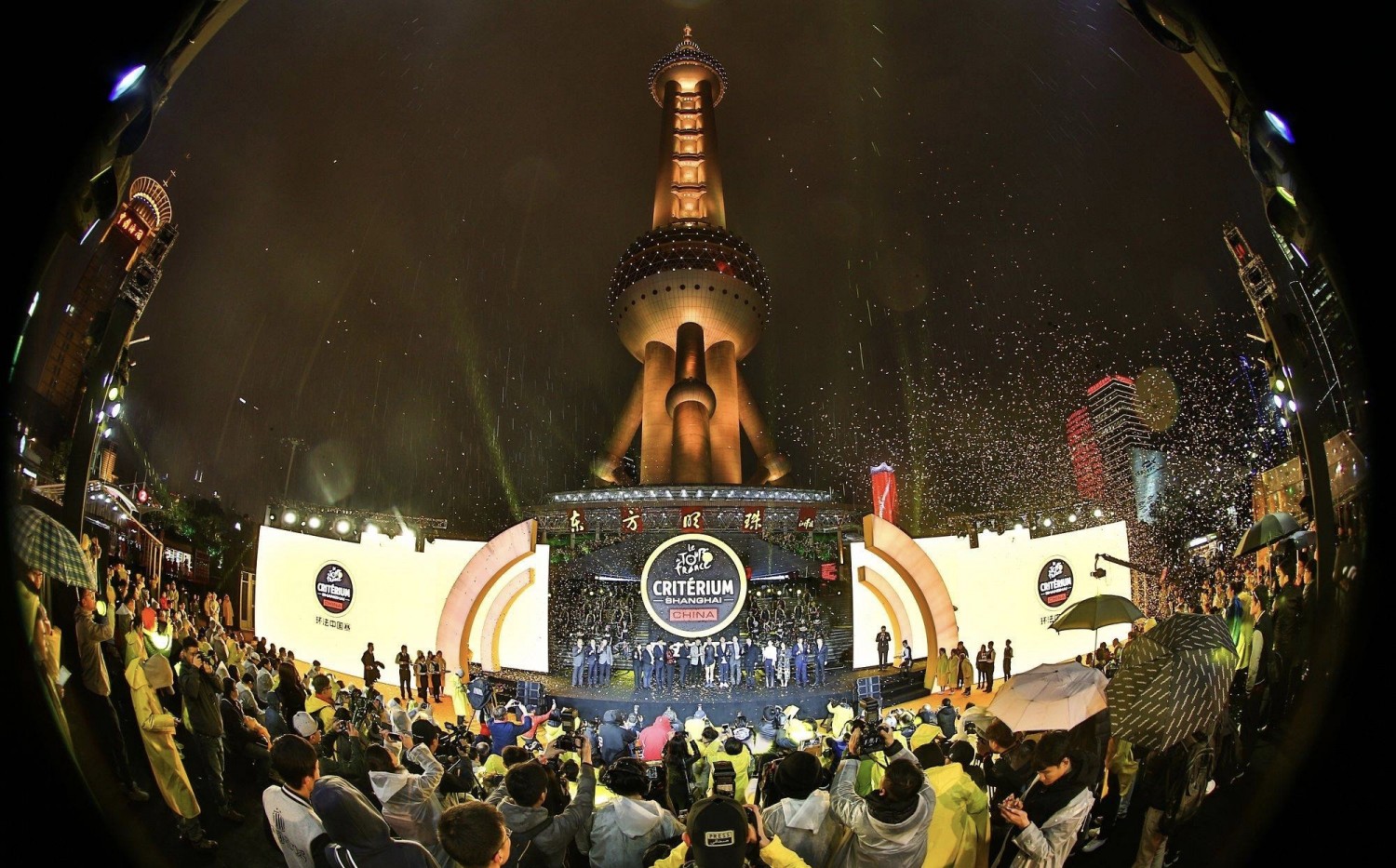 Organizers for the Tour de France announced a new criterium series to top-off the season called the Shanghai Criterium which will be held on October 28 and 29.

In addition, organizers also announced a Gran Fondo style event called the Étape China, which will take place around the city of Changsa on September 10.

“There is growing interest in cycling in China. We want to help develop the sport,” Jean-Etienne Amaury, president of Amaury Sport Organization (ASO), told the media. “If there are Chinese teams, there will also be interest from Chinese sponsors.”

ASO used its leverage in the sport to convince Chris Froome, Peter Sagan and other big-name riders to take part in the criterium, before they end their season.

ASO promises that “a selection of those who stood out on the roads of France in July” will be in action in Shanghai. 60 riders, including a selection of professional riders from China, will compete on a three-kilometer circuit based around the sites of the China Art Museum, just south of the famous Bund stretch of river and the distinctive skyline of the financial district.”

Additionally, several thousand riders are expected to ride in the Gran Fondo event, which will also feature a 22 kilometer recreational ride in the center of the city.

2010 Tour de France winner Andy Schleck will serve as the ambassador for the new events, and was in Shanghai for today’s presentation.

When the passion for cycling is expressed, the Tour de France responds. With nearly 450 million bicycles, China is the world’s leading bicycle power! While none of these riders’ names appear in the record books, and only one among them, Ji Cheng, has raced in the event, the Tour de France will be present in China in 2017 for the first edition of the Tour de France China Critérium, with a selection of those who stood out on the roads of France in July.

On September 10, the Tour de France will make its debut in China with the Etape China by le Tour de France, a ride around the city of Changsa, the birth place of Mao, on a route combining the quality of the Etape series and the discovery of a region rich in history and authenticity. Several thousand enthusiasts are expected for this 1st edition, which now calls for others to respond to the growing enthusiasm of the Chinese for whom cycling is more than a sport; it is historical a way of life.

This coming October 28 and 29, a peloton of 60 riders, bringing together the leaders of the elite teams and a selection of professional Chinese cyclists, will set off on the roads of Shanghai for the second part of the arrival of the Tour de France in China. A Critérium will be contested on a 3-kilometre circuit. Designed in part on the sites of the 2010 Universal Exhibition and the China Art Museum, the Tour de France China Critérium will take place among the prestigious sites in Shanghai. The professional riders will head into action at the conclusion of a weekend dedicated to bicycle riding during which several thousand amateurs are also expected to take part in the 22km family ride, which will start from the Oriental Pearl Tower, the symbol of the city’s modernity.

To conclude the launch ceremony attended by Andy Schleck, who rode in the Yellow Jersey in the 2010 Tour, and Kathy Zou, Executive Director of Activation Sports, A.S.O. President Jean-Etienne Amaury said how thrilled he was about the partnership that has been put in place: “We want to share the passion all over the world. The Tour de France is reinventing itself and thriving in the context of the global development of cycling. We believe that Activation Sport, with its strong desire to develop a healthy and sustainable sport-oriented lifestyle, will be the ideal gateway for us to reach the millions of bicycle lovers in China.