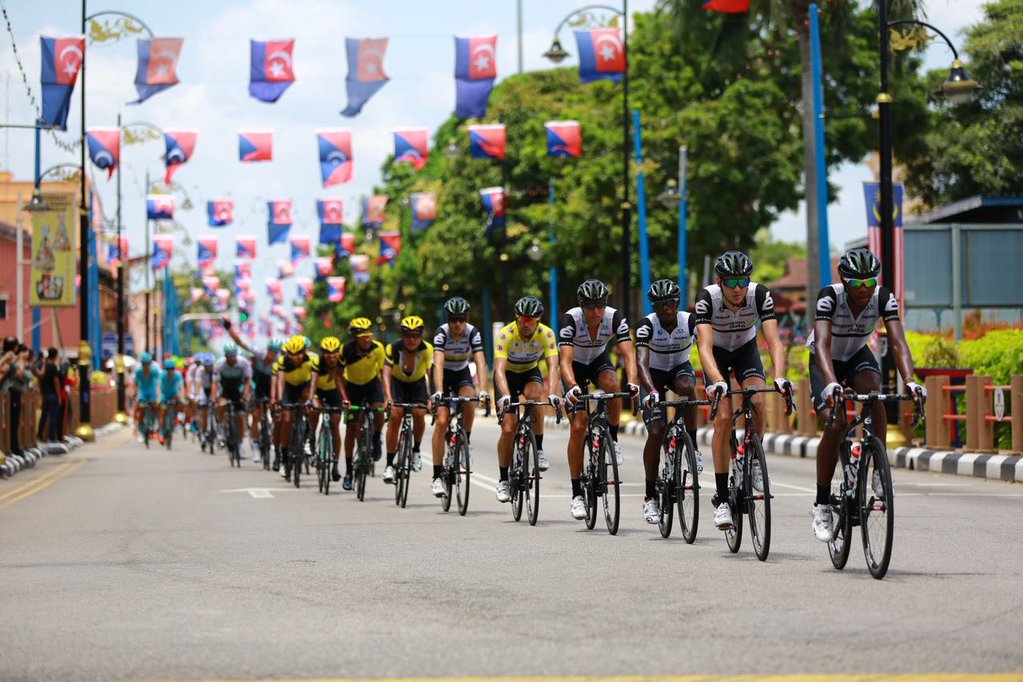 Andrea Guardini (Astana) claimed his 21st victory at the Tour de Langkawi today, after wining the penultimate stage in the historical city of Melaka.

From there, the escapees went on to establish a maximum lead of just over one minute before the start of the first KOM climd at the 27 kilometer mark.

Once the peloton had the escapees contained, Daniel Jaramillo and Miguel Lopez began their surge up the climb.

Lopez led the field over the summit of the climb with his teammate De Vreese in second place, followed by Domagalski in third – followed by  Jaramillo.

Meanwhile, back in the peloton, the race split into two groups, with Janse van Rensburg making his way into the lead group of 25 riders, who soon created a gap of 1:10 over the main peloton.

However, after the the first intermediate sprint at the 46 kilometer mark, both groups were back together.

Back up front in the breakaway group, things began to splinter as well, with De Vreese, Putt and Gong going off the front after a series of splits – only to be joined by Guangtong and his teammate Zhang Zheng (Hengxiang Cycling).

At one point, the leaders had established a substantial lead of 5:20 over the peloton – during the final 50 kilometers.

However, at one point the breakaway group began to disintegrate leaving De Vreese as the lone survivor.

The Belgian rider was eventually reclaimed by the peloton during the closing 5 kilometers, as the race once again began shaping up for a sprint finale.

In the end, Guardini would leapfrog Mareczko during the 50 meters during the hotly contested sprint – to seize the victory.