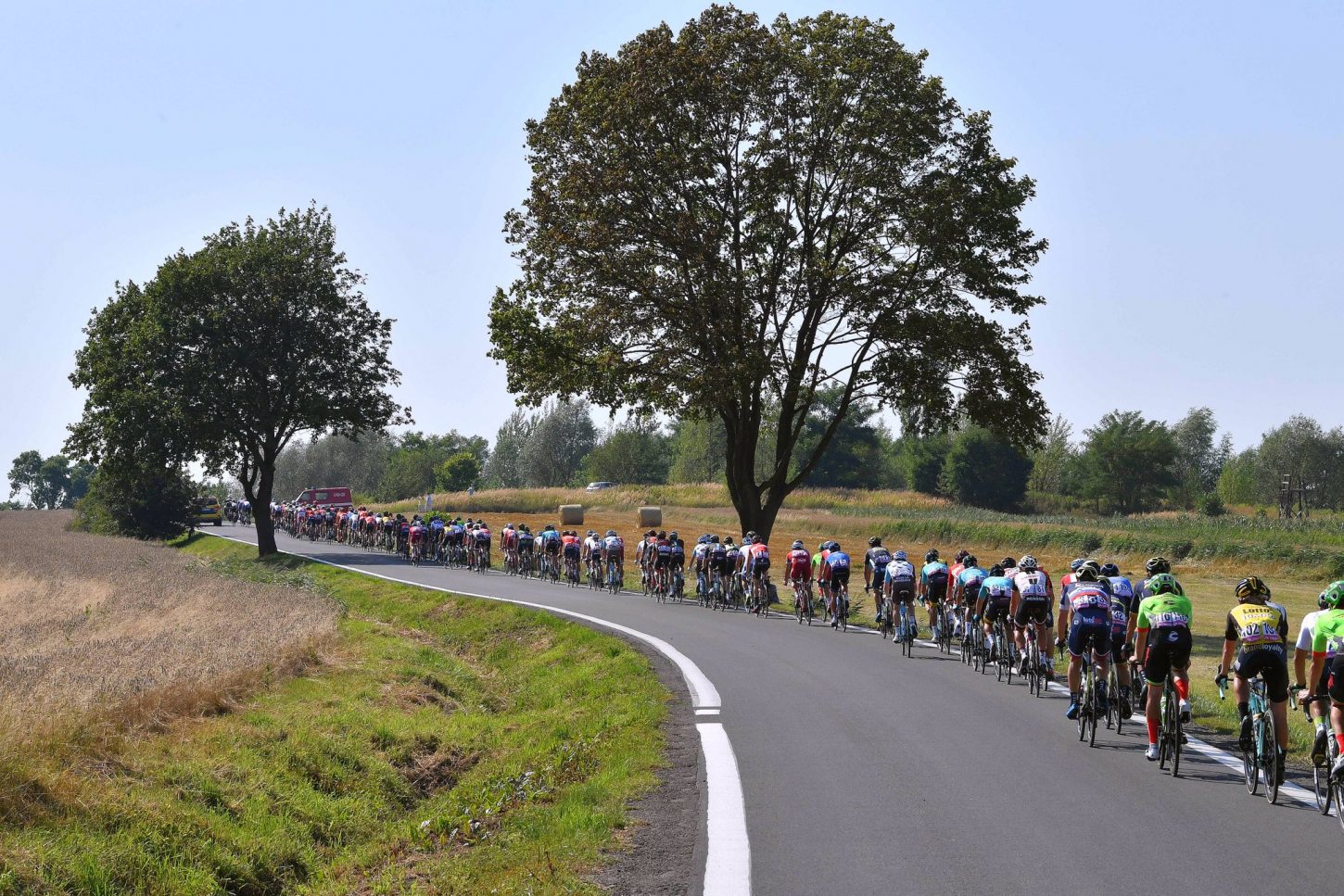 Caleb Ewan (Orica-Scott) took his first win since the Giro d’Italia in May as he out-sprinted Danny Van Poppel (Team Sky) and Peter Sagan (Bora-Hansgrohe) in stage four of the Tour of Poland today.

Orica-Scott were nowhere to be seen for much of the final five kilometers, but Ewan was brought to the front at the perfect time thanks to hard work by Luka Mezgec with 800m to go.

Mezgec had previously set a searing pace for a few hundred meters, before Ewan jumped out of his wheel, accelerating away from Van Poppel and Sagan, the latter holding on to his yellow jersey and extending his overall lead courtesy of bonus seconds on the line.

The pace really started to ram up with two kilometers to go, as Team Sky moved to the front, Diego Rosa working hard in the service of Danny Van Poppel.

Van Poppel was positioned in second wheel with 800m to go, but was passed by Luka Mezgec with Caleb Ewan locked in his wheel.

With 250m to go Ewan popped out of the wheel, holding off Sagan and the fast-approaching Van Poppel to take his first win since the Giro d’Italia, while Sagan held on to the overall lead, picking up bonus seconds in the process.

A hefty challenge at 238 kilometers, the stage took place in searing heat (over 36 degrees Celsius), with organizers even having to water the road at the finish line to prevent the asphalt melting.

The pace increased over three 6km laps around the football stadium in Zabrze.

Remi Cavagna (Quick-Step Floors) later rode clear from the breakaway group and made the peloton work hard before the catch was eventually made with 5km to go.