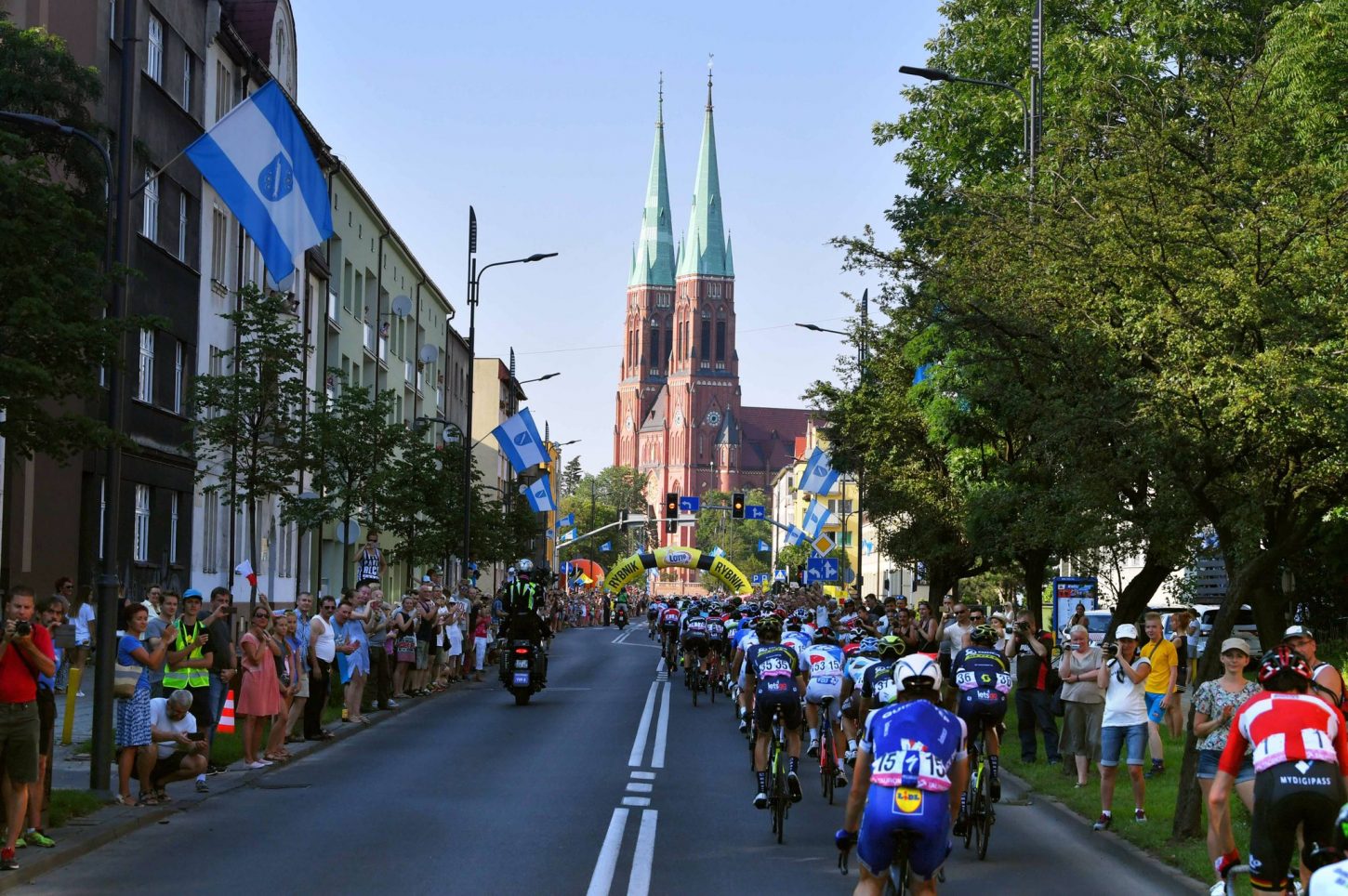 Jack Haig (Orica-Scott) claimed stage 6 of the Tour de Pologne today, after Australian rider accelerated away from a lead group of riders that included Vincenzo Nibali (Bahrain-Merida) and Rafal Majka (Bora-Hansgrohe), who then failed to form a cohesive chase with just under 20 kilometers to go, allowing Haig to win the stage by nearly a minute.

Meanwhile, Peter Sagan (Bora-Hansgrohe) was dropped from the group during the final series of climbs, effectively handing the race lead over to Dylan Teuns (BMC Racing).

From there, the trio went on to establish a maximum advantage of five minutes over the peloton during the first half of the stage.

However, once the route kicked upwards, their gag began to diminish quickly. And, with 50 kilometers to go, their advantage had fallen to just 30 seconds.

The dwindling gap forced Tolhoek to attempt a solo move, before Robert Power (Orica-Scott) was able to bridge across, while Moser, Stchowiak and Tolhoek were eventually dropped.

Power looked strong for about 10 kilometers, but was soon reeled in by a peloton led by Bob Jungels (Quick-Step Floors), while Peter Sagan seemed to be struggling to stay on terms with the high pace, which eventually led to him being dropped by the group.

Jungels was joined at the front by Tejay van Garderen (BMC Racing) with 20 kilometers to go.

Van Garderen continued to set a high pace, but as soon as the gradient slackened Haig commenced his winning move – briefly taking Domenico Pozzovivo (Ag2r La Mondiale) along with him.

Haig continued to open up his lead, while the chase struggled to gain cohesion.

With 13 kilometers to go, Haig hit the 18 per cent gradients of the Butorowy Wierch climb, where he continued to extend his lead out to almost  a minute.

However, back in the chase Vincenzo Nibali and Wout Poels put in a huge accelerations to try and limit Haig’s advantage. But, their efforts proved  futile, as the Orica-Scott rider managed to remain outside of the clutches of the chase and seize a solo victory.