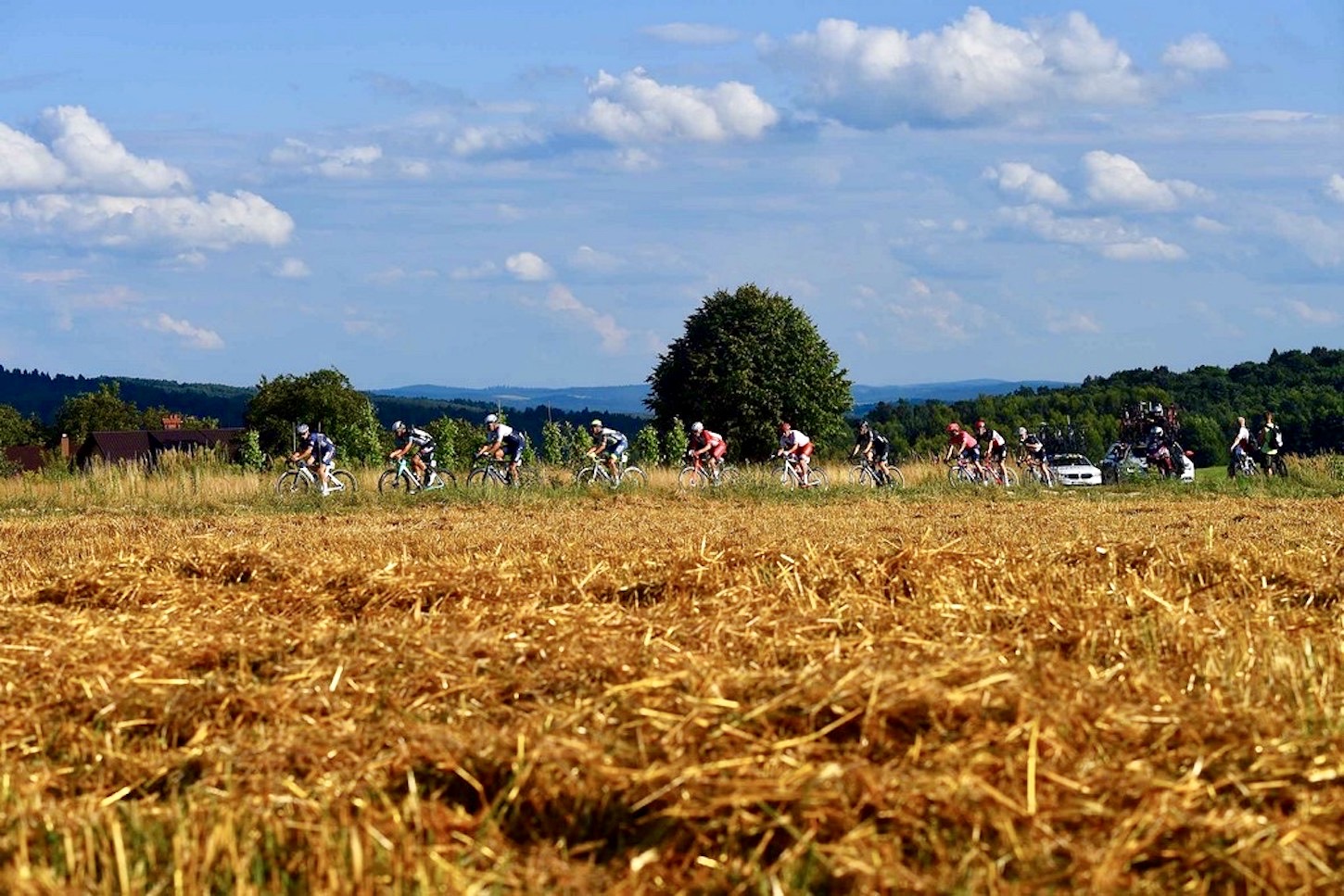 Fernando Gaviria (UAE Team Emirates) claimed his first victory of the 2021 season, after winning stage 3 of the Tour de Pologne today, beating Jumbo-Visma’s Olav Kooij with a bike throw to seize the stage honors in Rzeszów, while stage 1 winner Phil Bauhaus (Bahrain Victorious) rounded out the podium in third.

Meanwhile, the general classification lead remains in Deceuninck-Quickstep’s Joao Almeida. The Portuguese was the stage 2 victor in Przemysl, and he leads Matej Mohoric (Bahrain Victorious) in second and Diego Ulissi (UAE Team Emirates) in third.

Today’s sprint finale came after 226-kilometers of racing, which included a series of steep climbs in the first 100 kilometers, followed by a mostly flat final half.

Despite stiff pace setting from Deceuninck-Quick-Step and UAE-Team Emirates, the breakaway came close to surviving all the way to the line. With 35 kilometers to go the escapees were still clinging to a two-minute advantage over the peloton, with an attack from van der Hoorn blowing the group apart with 20 kilometers to go.

Simon Clarke (Qhubeka-NextHash) and Taminiaux marked the Dutch rider’s attack, with trio later opening up a 30-second advantage for more than 15 kilometers. But, despite their valiant effort, the leaders were eventually reeled in with 3 kilometers to go.

“We see everything under control but in the last 50k the break went up and we had to put one more to pull full gas in the peloton,” Gaviria said. “[We] almost didn’t take the break in the end, but I’m happy we [did].”