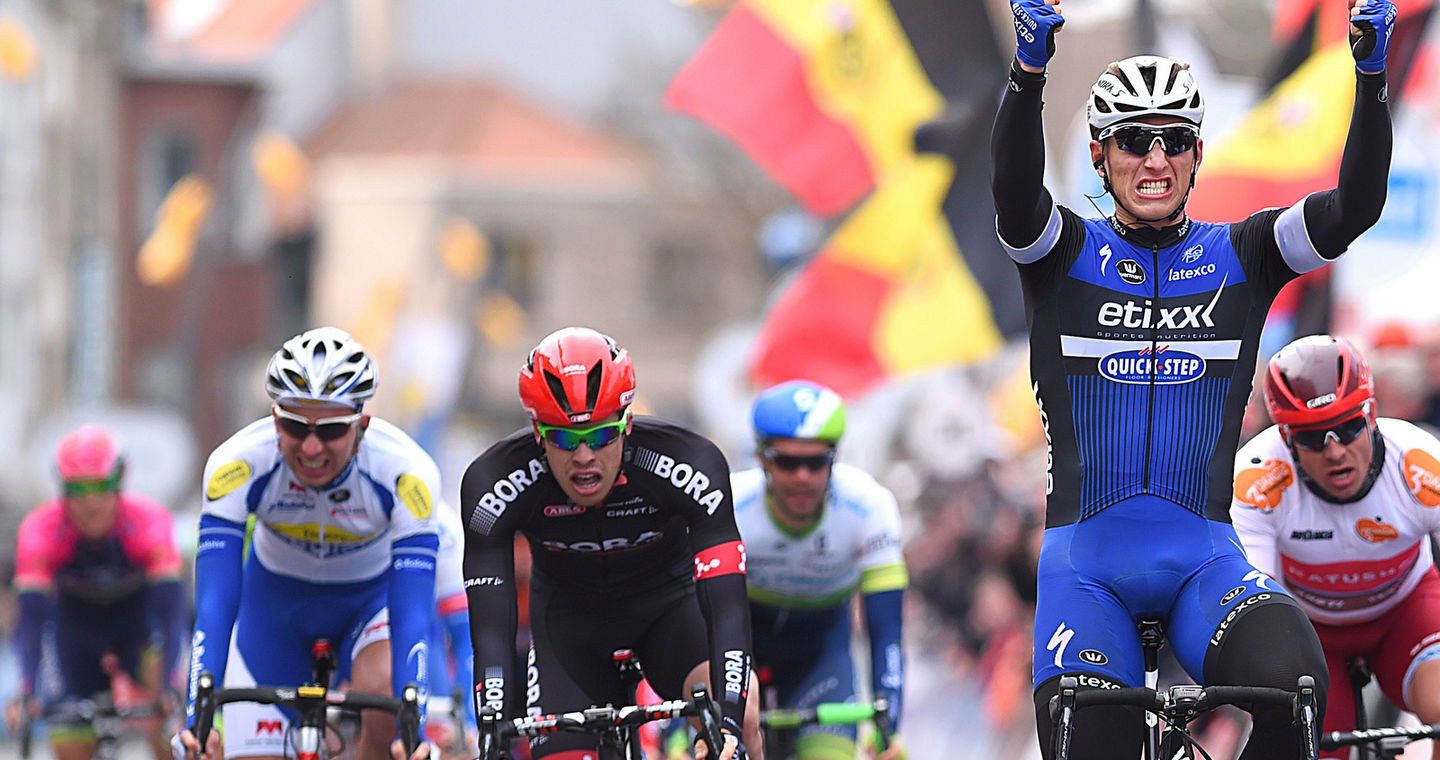 Marcel Kittel (Etixx-QuickStep) won stage 1 of the Tour de Romandie today, after beating Niccolo Bonifazio in a mad dash for the finish in Moudon, following a shortened stage due to snowfall at the top of the day’s first major climb.

“This is a special win because it [Tour of Romandie] is not a good one for me as a sprinter,” Kittel said at the finish line. “I came here to work on my condition and to try on the difficult days like today. It was in my favour that the first climb at the beginning was not in the race, but anyway, I just tried to hang on a fight, and got good support from the team. In the end, it was a very nice victory.”

Meanwhile, with no changes to the overall classification, Ion Izagirre (Movistar) kept his lead of 6 seconds over Tom Dumoulin (Giant-Alpecin), followed by Geraint Thomas (Team Sky) one second further back.

Heavy snow over night eliminated what was to be the day’s only major climb of the Col d’Etroits. Instead, the stage started in Mathod, reducing the length from 167 kilometers to 109 kilometers, leaving only three Category 3 climbs, which resulted in pretty much a downhill descent for the final 10 kilometers, followed by a short uphill drag to the finish.

The Movistar and Orica-GreenEdge led peloton would later pick up Brungger and Minnaard during the final climb, while Armee continued to remain outside of their grasp.

However, the Lotto-Soudal rider was eventually caught on the fast descent toward the finish, where Etixx-QuickStep took over at the front of the field in order to move Kittel into position.

From there, both Kittel and Bonifazio began winding up their sprints during the closing 150 meters, with the Etixx-QuickStep rider ultimately emerging victorious.