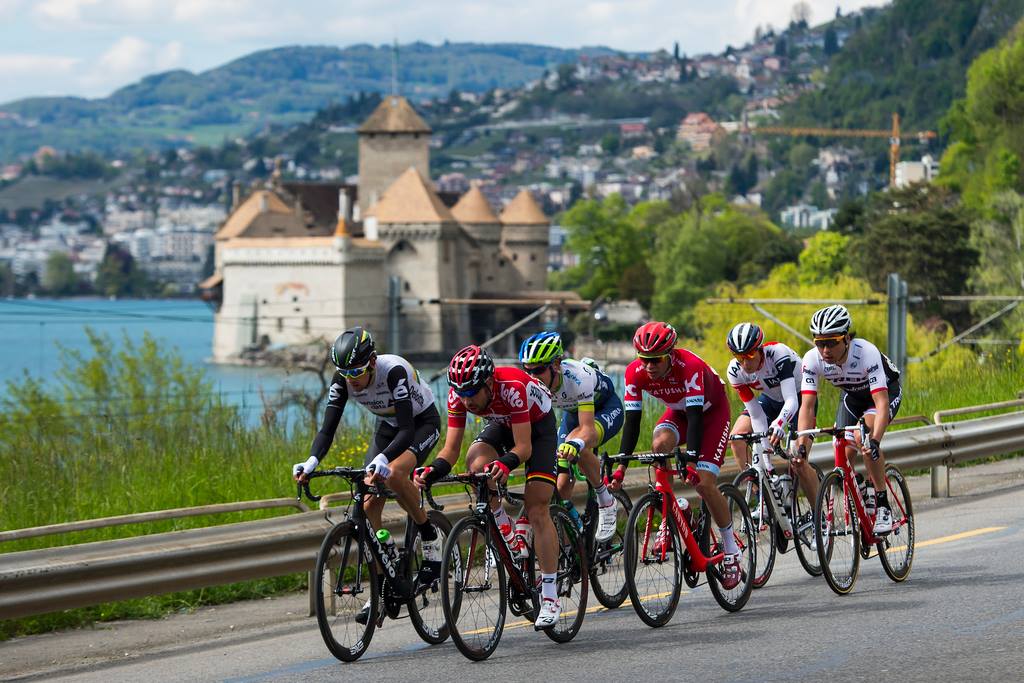 Nairo Quintana (Movistar) claimed stage 2 of the Tour de Romandie today, after officials relegated Ilnur Zakarin to second place for taking an “inappropriate line” while both riders were sprinting for the finish during the closing meters.

As a result, Quintana was not only awarded the stage victory, but also took over leadership of the race as well.

“It was a great result for us. The team spent the whole day at the front, just like they did yesterday – all of them were fabulous. Heading into the climbs everything felt OK for me; I knew I had a chance to attack and go for the win and some big gaps if I moved near the foot; the rivals here could scare anyone, but I still wanted to try it – and that move was a big success. Obviously, Zakarin proved to be strong, seeing how he reached me down into the ascent.

“We two kept taking turns to build the gap and keep strong before the sprint. There, he made a maneuver the judges considered it wasn’t to be allowed, and they relegated him. Zakarin surely would have bested me otherwise, but that move made the jury to take action. I’ll try to defend this jersey tomorrow with a good TT; depending on Friday’s performance, we might as well try and profit from Saturday’s climbs. Let’s hope we can keep it up after this week’s efforts. It won’t be easy to win with such an amazing field of competitors; should we do it, it will be a great sign for the ‘yellow dream’ quest.”

Meanwhile, race favorite Chris Froome, appeared to have suffered a puncture on the slopes of the category two climb of Les Champs with 20 kilometers, ultimately taking the Sky rider out of contention.

However, the group’s lead fell to just 1:23 as they reached the bottom of Les Champs, with a little more than 13 kilometers remaining.

From there, the breakaway group was whittled down to just the trio of Wyss, Impey and Silin, before they were caught by the Cannondale duo of Joe Dombrowski and Pierre Rolland, who had attacked off the front of the peloton.

The peloton would eventually come back together along the decent toward the base of the final climb, where Quintana launched his attack during the last 7 kilometers.

Initially, no one was able to counter Quintana’s move, until Zakarin was able to bridge his way across to the Colombian rider during the last 5 kilometers.

But, despite a concerted attempt by Thibaut Pinot (FDJ), Tejay van Garderen (BMC), Rafal Majka (Tinkoff) and Rolland to chase down the leaders, at that point the duo had established an insurmountable lead of almost half a minute.