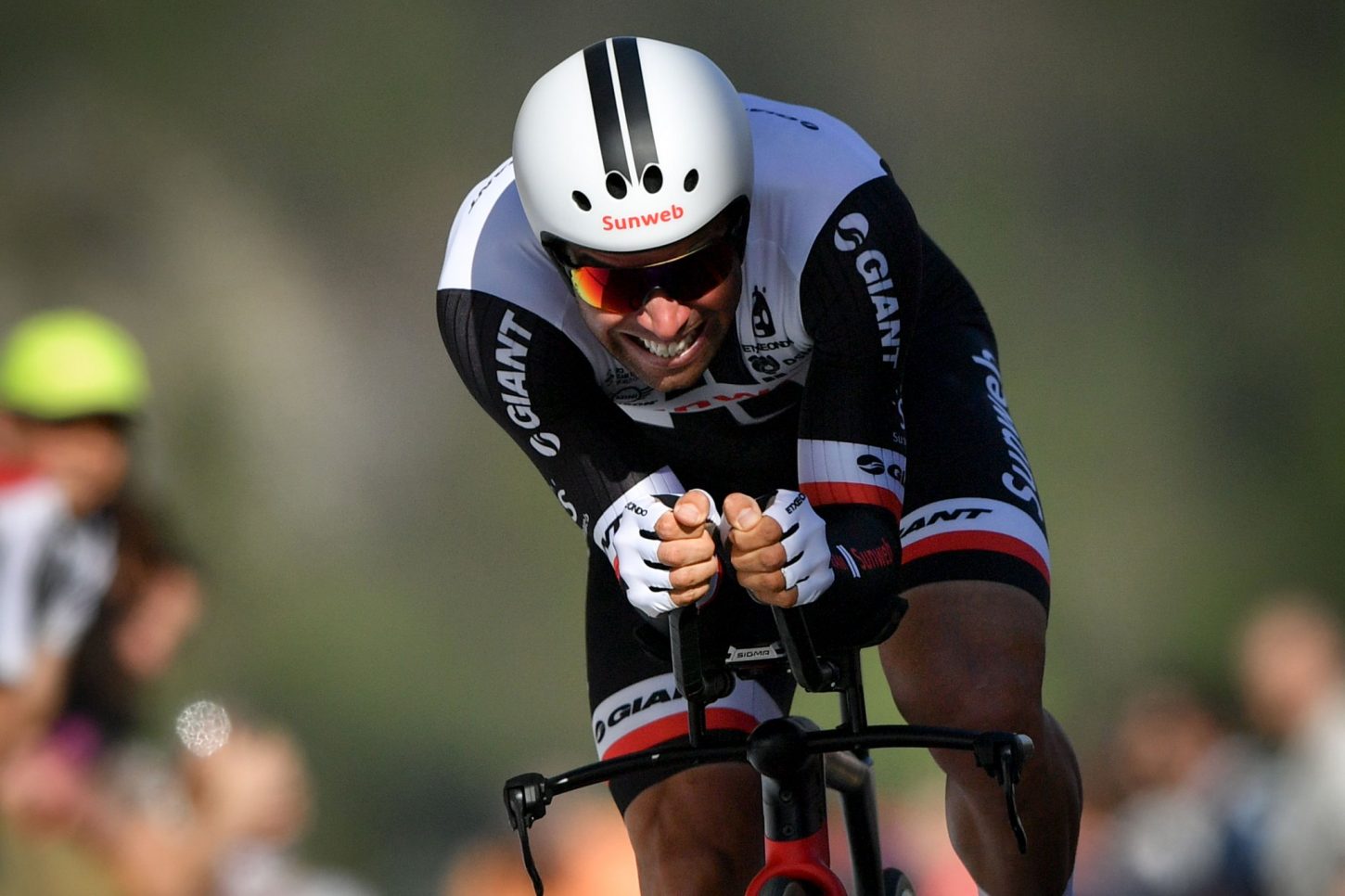 Bohli spent much of the day sitting on the hot seat after setting an early benchmark of 5:32.

However, the Swiss rider’s hopes were dashed after his Australian rival knocked him off of the leader’s board by a mere second.

Matthews was one of the final starters who was ultimately able to dethrone Bohli, after Roglic failed to better either rider’s time.

“I gave it my best and it was enough to get the win,” said Matthews.

“It was a really beautiful course. In the recon I thought it was a maybe a little bit sketchy, but it was fine – I had a lot of fun out there today.”

Meanwhile, defending champion Richie Porte (BMC Racing) was last rider down the ramp, finishing outside the top 10 in 18th place.

The hilly, twisting nature of the course meant that around half of the riders elected to use road bikes rather than time trial bikes, which saw the final climb as the undoing of several top contenders.