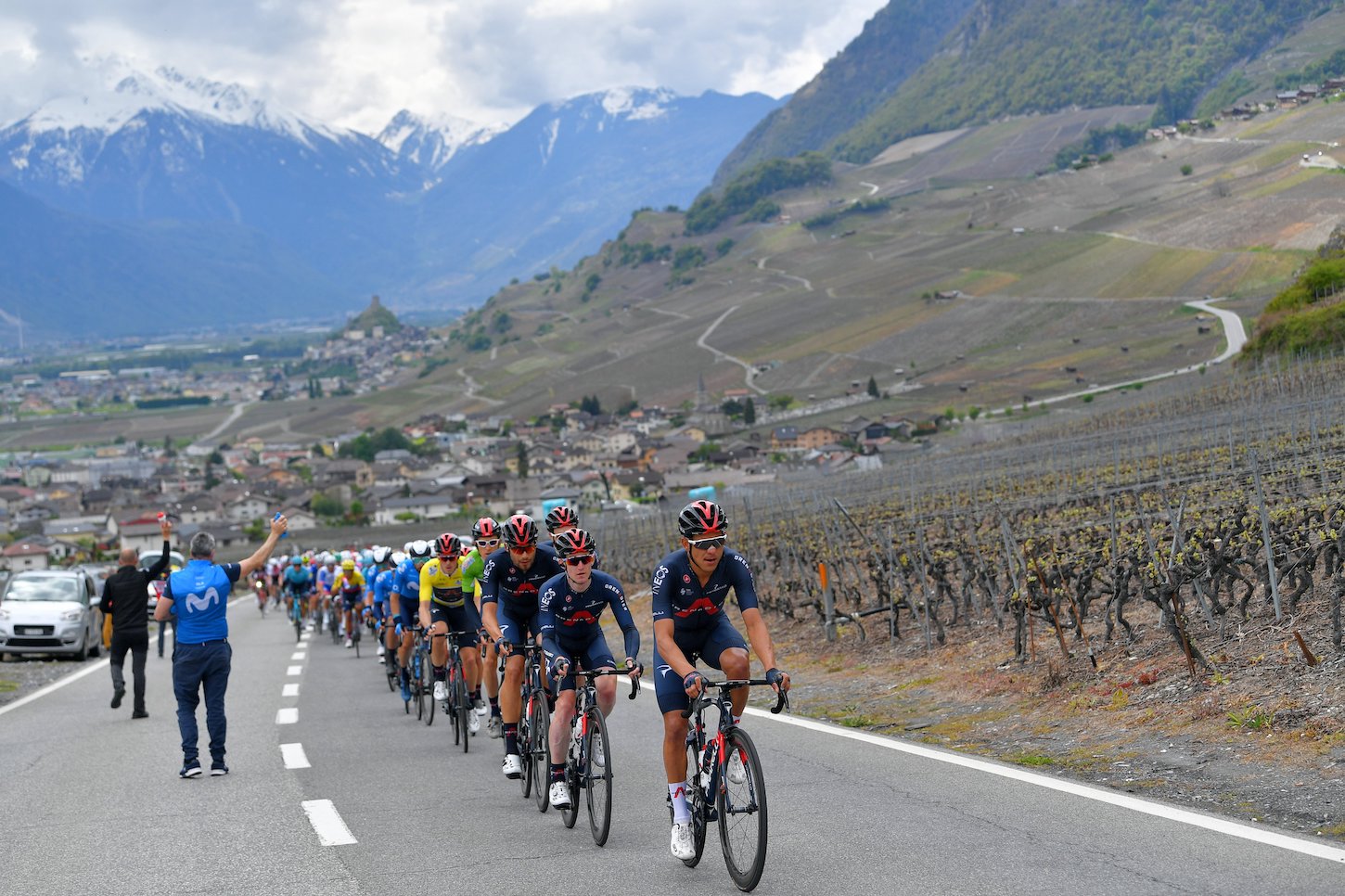 Sagan hadn’t won a stage in this race in several years, reprising his victory with a strong showing of form to claim the spoils ahead of Colbrelli, while Patrick Bevin (Israel Start-Up Nation) took the final spot on the podium.

Six riders succeeded in escaping the peloton earlier in the race. However, after batting it out for the stage’s mountain points, the escapees were eventually reined in.

Rohan Dennis (Ineos Grenadiers) finished comfortably in the peloton to maintain his grip on the overall lead, with a nine-second advantage over his teammates Geraint Thomas and Richie Porte, with Sagan moving up into fifth place thanks to the bonus seconds he received in today’s stage.