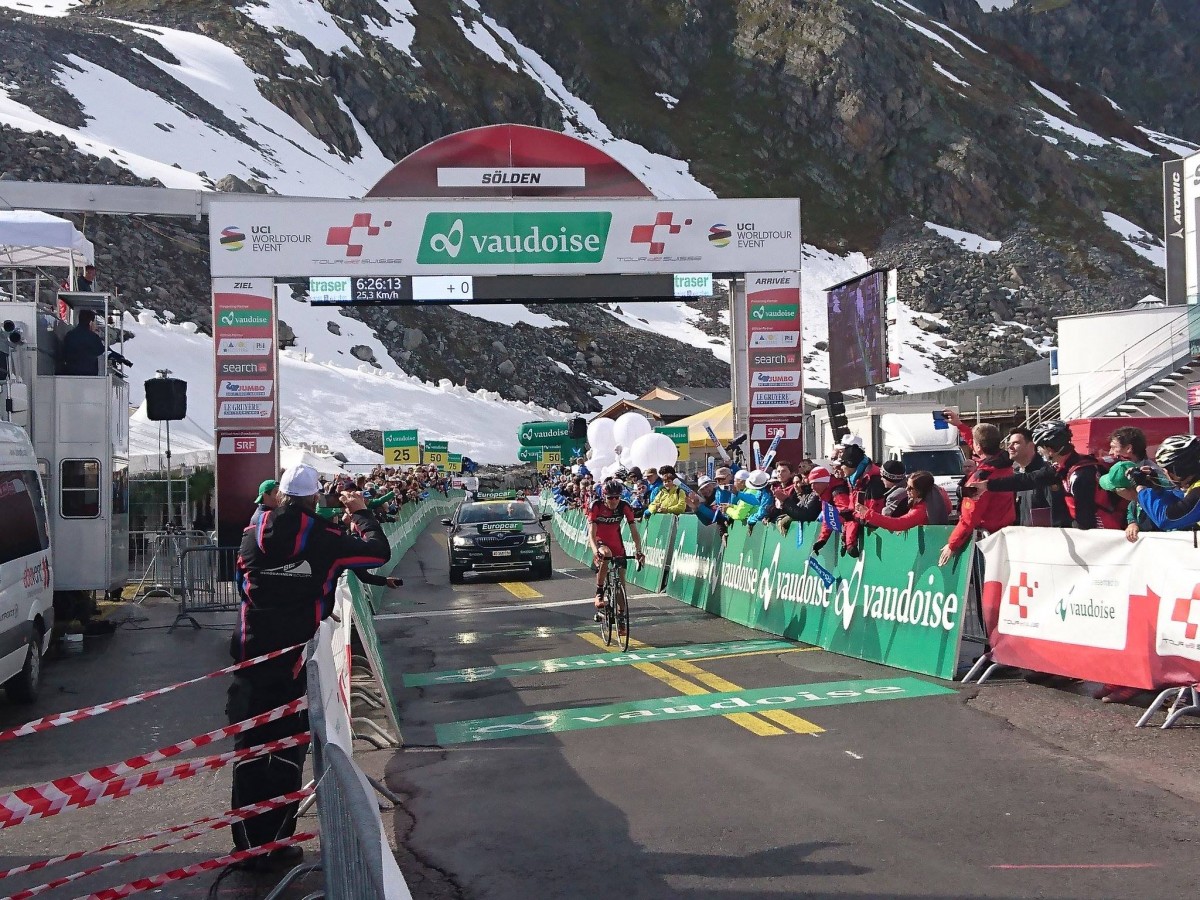 Today’s summit finish was marked by the long, arduous climb of the Rettenbach Glacier, which entailed more than 12 kilometers of ascending, attended by an average gradient of over 10%.

Not surprisingly, riders were seen scattered about the climb, with significant time gaps between them.

Alas, overnight leader Wilco Kerlderman (LottoNL-Jumbo) found himself in trouble during the final 7 kilometers, as Vasil Kiryienka (Team Sky) continued to set a fast tempo at the front, while his teammate Geraint Thomas sat comfortably on his wheel.

Not long after Kelderman’s exit from the chase group, the pursuit caught and passed early breakaway rider, Iljo Keisse (Etixx-Quick Step), who had lost contact with fellow escapee Matthias Brändle (I am Cycling) during the final 5.5 kilometers.

Shortly thereafter, van Garderen made his winning move with 4 kilometers left to go, quickly gaining 20 seconds on the group.

Jarlinson Pantano (IAM Cycling) would later try to follow during the final 2.5 kilometers, but to no avail.

This in turn prompted Kiryienka to set out in pursuit of the lone American rider, while Pantano, along with Barguil, followed in his slipstream.

Pantano and Barguil worked together as the group began to fragment behind, with Thomas showing the most signs of exhaustion, as he was passed by several riders.

From there, Miguel Lopez (Astana) subsequently bridged his way to the three leaders, only to attack the trio.

This left Pantano behind but Barguil was able to follow.

However, there was no catching van Garderen at that point, as the BMC rider ultimately crossed the finish with a 16 second margin over the chasers.