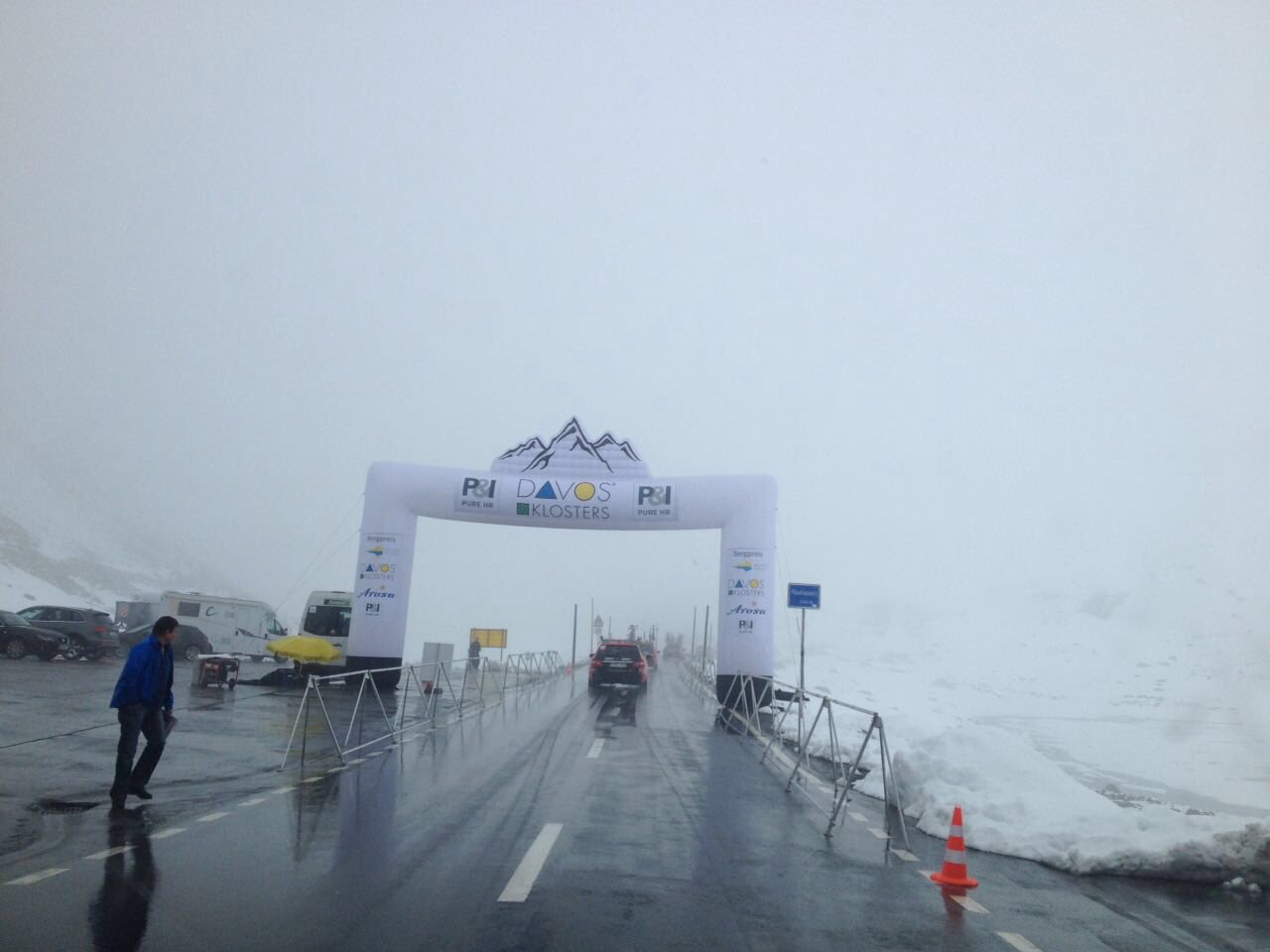 Snow and cold temperatures in the mountains prompted race officials to shorten the final stage of the Tour de Suisse today, but that didn’t stop Max Richeze (Etixx-Quick Step), Jasper Stuyven (Trek-Segafredo) and Magnus Cort Nielsen (Orica-GreenEdge) from initiating the day’s first breakaway group from the outset of the race.

Richeze rolled through the intermediate sprint uncontested, gaining enough points to wrap up the jersey in the points competition.

A lull on the part of the peloton to chase down the trio, provoked a small group of riders to form a subsequent escape group at the 41 kilometer mark. However, the group was eventually reclaimed by the peloton, with the top GC teams once again amassing at the front.

At the start of the final climb, the three escapees were still clinging to a 50 second advantage over the chase. However, the gap started to fall considerably from there, as the peloton began to take up the chase in earnest.

Further along the climb, Richeze, followed by Nielsen, were the first to be caught, while Stuyven forged on alone.

It wasn’t long before the peloton finally reeled the young Belgian in however, with Team Sky’s David Lopez following through with an attack.

From there, Darwin Atapuma (BMC Racing) came to the fore, along with his teammate Tejay van Garderen, and quickly caught up to Lopez.

However, Michele Scarponi (Astana) was successful in bridging the peloton back up to Atapuma, who had since been dropped his teammate, while Lopez continued to remain out front alone.

Both van Garderen and Lopez was eventually reined by the 23 kilometer however, as AG2R’s Hubert Dupont caught and passed the Sky rider.

In the meantime, race leader Miguel Lopez managed to bridge his way to Dupont, albeit without the presence of other Astana teammates to support him, while others followed.

However, with 19 kilometers remaining, Lopez commenced a final attack, subsequently opening up a half minute advantage over the chase.

The Astana rider then hit the descent alone, only to be caught as the road flattened out during the final 8 kilometers.

As the newly formed lead group containing Lopez, Pantano, van Garderen, Ion Izaguirre (Movistar) and Sergei Chernetskiy (Katusha) hit the final run-in to the finish, the IAM Cycling rider was the first to launch his sprint. And, despite a vigorous challenge from Chernetskiy, Pantano claimed the stage victory.