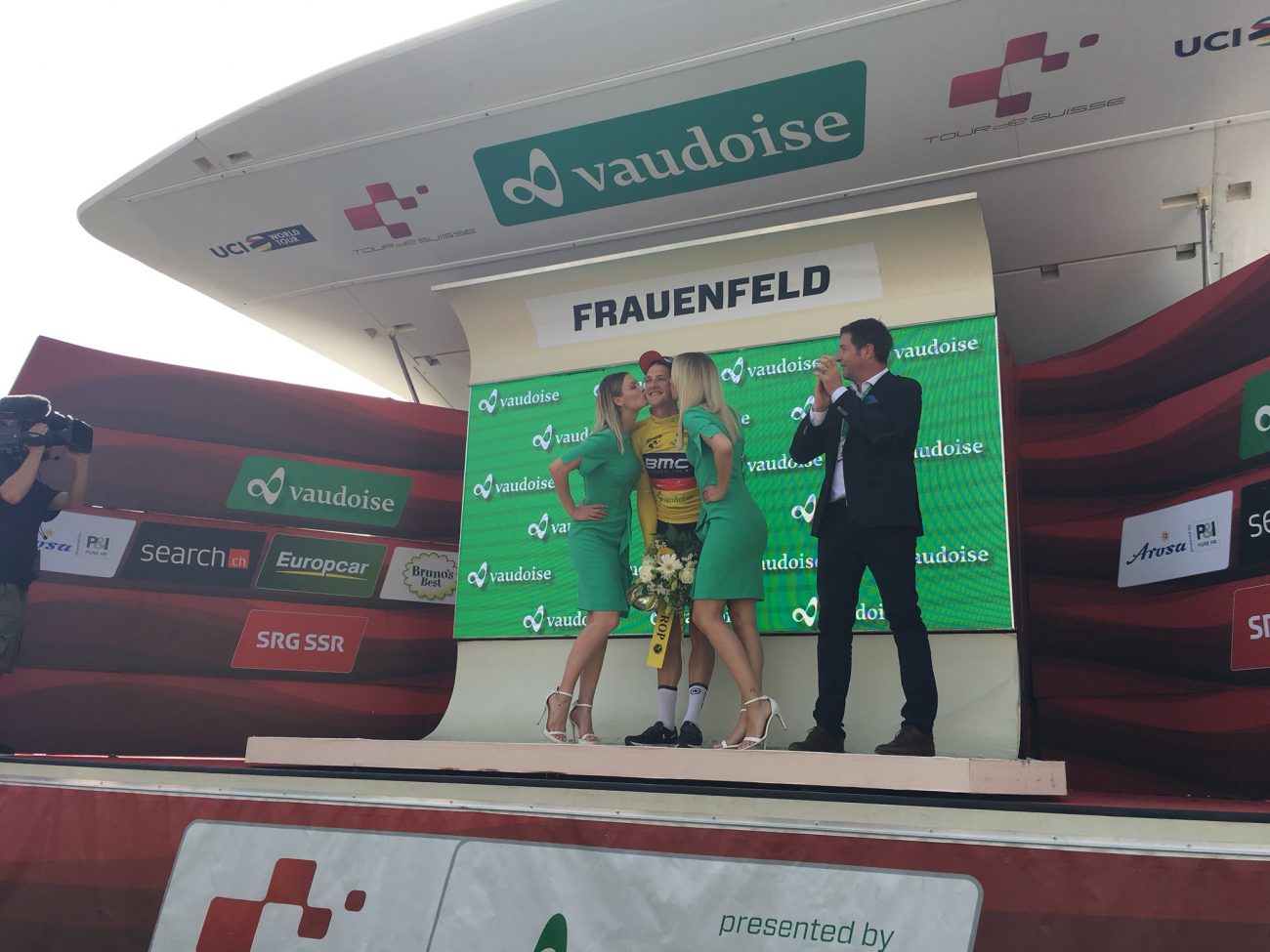 At the end of an intense 155 kilometer circuit race around Frauenfeld, Fernando Gaviria (Quick-Step Floors) launched his sprint early, but Sagan responded and found the power to come around his Colombian rival during the final meters to seize the stage honers.

Meanwhile, there were some late splits in the peloton on a flat-out day of racing, but Stefan Küng (BMC Racing Team) retains the leader’s jersey going into Stage 3.

From there, the trio opened up an advantage of more than two minutes over the peloton, while Mitchelton-Scott’s Michael Albasini successfully bridged his way to the three leaders.

However, the escapees were neutralized by the peloton with 27 kilometers to go.

Not long after, Mikel Landa was involved in a crash, but the Movistar rider was able to remount and rejoin the race.

A couple of kilometers later, Küng initiated an attack from within the peloton pack in order to claim the much needed bonus points at the intermediate sprint.

Dillier managed to create a considerable gap, only to be followed by riders like Jasper Stuyven (Trek-Segafredo) and Philippe Gilbert (Quick-Step).

With five kilometers to go, the group was caught by the fast approaching peloton led by Bora-hansgrohe and Quick-Step Floors.

The last kilometer saw teams lining up their respective sprinters, with Max Richeze (Quick-Step Floors) featuring prominently as he attempted to set-up his teammate Fernando Gaviria.

The Colombian rider launched a very strong but early sprint, while Sagan proceeded to closely mark his move.

The World Champion crossed the finish line first despite the efforts of Gaviria, while Nathan Haas (Katusha-Alpecin) rounded out the podium in third.

In the meantime, Küng arrived safely in the main field to maintain his hold the leader’s jersey for another day.