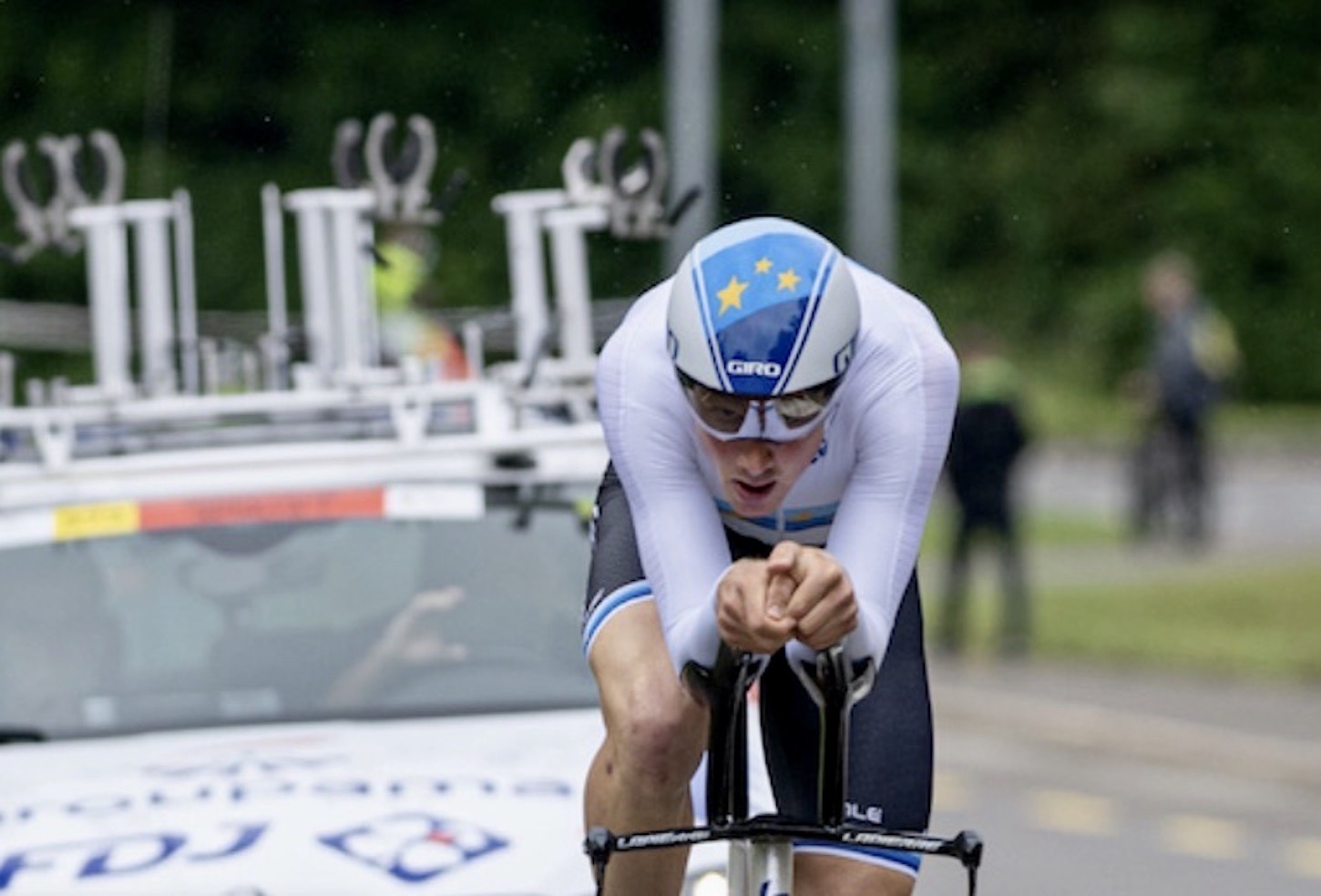 The start of the 84th Tour de Suisse with its 10.9km long individual time trial in Frauenfeld was dominated by riders from the Thurgau region, with Stefan Küng capturing the victory with a bonus of four-seconds over Stefan Bissegger, earning him the yellow leader’s jersey.

Küng had previously worn the yellow jersey four years ago when his BMC Racing Team won the team time trial. So, the  European time-trial champion was considered as pre-race favorite with major challenger Bissegger hailing from the same region.

No, he didn’t feel like there was more pressure on his shoulders, Küng claimed. Much more than pressure he felt uncertain as to how his form was, because after grabbing the overall victory in the Volta a la Comunitat Valenciana and participating in the Tour de Romandie he took a mid-season break. The man from Frauenfeld came straight from an altitude training camp at Säntis where he prepared for his second part of the season. “I’m extremely grateful to the people from Säntisbahn, that Stefan Bissegger and I were given the chance to train there. I’m pleased that we are able to show our gratitude with our performances today.

Given the poor weather outlook on Sunday the teams were lured into a game of poker to pick the perfect starting times for their riders. Eventually the weather turned out not to be as bad as feared. “I’m very satisfied. I don’t know what I could have done better”, said Stefan Bissegger, who seemed to endure the most rain of all riders during his time slot.

Among the GC-contenders the gaps remained within reasonable limits. That might be different during  Monday’s second stage which leads the riders from the Rhine Falls in Neuhausen am Rheinfall to Lake Zurich in Lachen.

“I know the course well. We rode there last year. It’s super tough and offers a rider like Julian Alaphilippe a good chance to attack. If I lose the leader’s jersey tomorrow then I’ll continue the race in my jersey of Swiss champion”, Küng said.