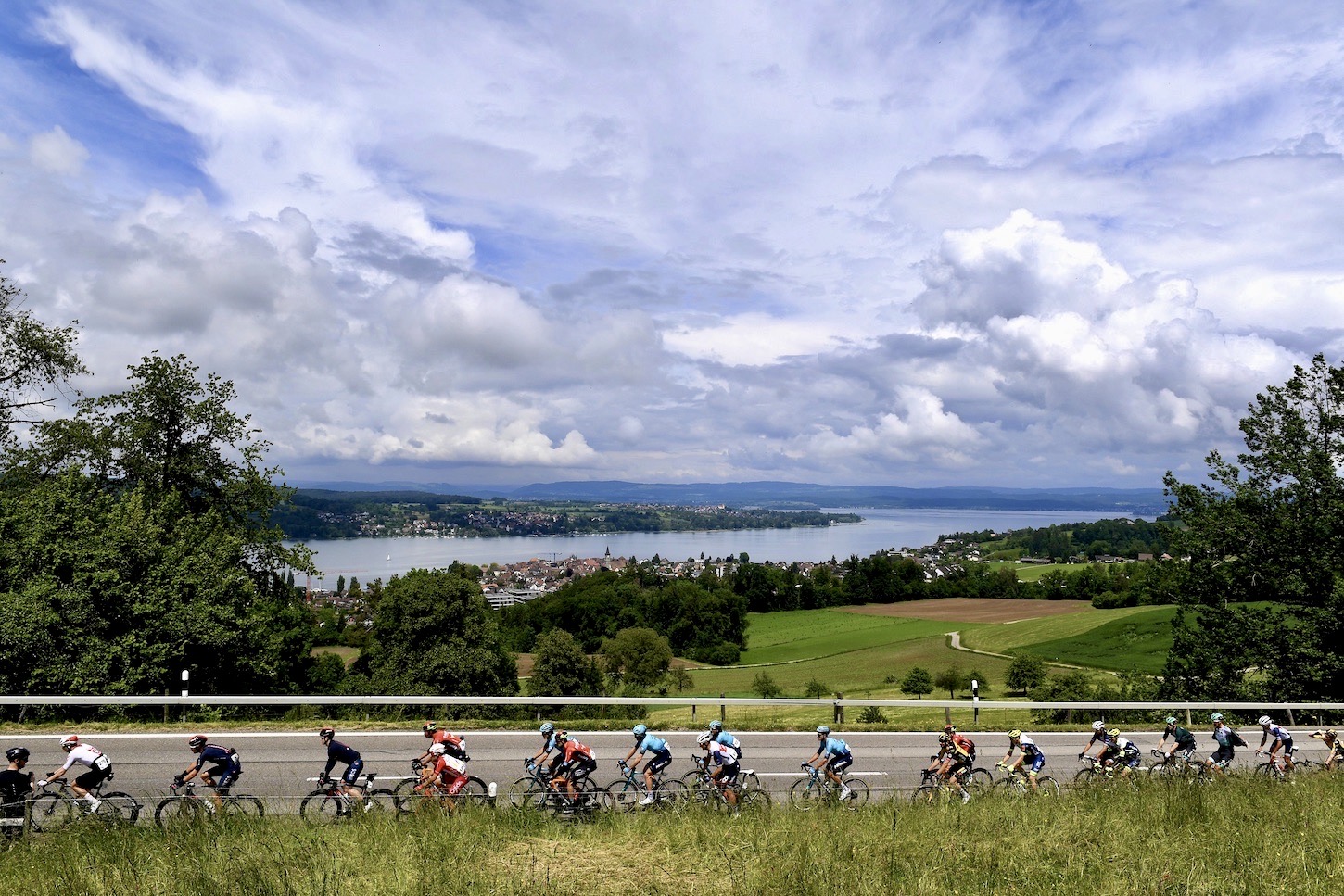 Mathieu van der Poel (Alpecin-Fenix) claimed stage 2 of the Tour de Suisse today. beating Maximilian Schachmann (Bora Hansgrohe) in a battle to the finish to take a convincing victory in Lachen, while Gino Mader (Bahrain Victorious) rounded out the podium.

Van der Poel attacked from a select group of riders with around 3 and a half kilometers to go, jettisoning Jakob Fuglsang (Astana Premier Tech) with only Schachmann able two mount a chase with less than 2 kilometers remaining. But, the German rider proved to be no match for his Dutch rival, who went full-throttle during the closing few hundred meters to snatch the victory.

Meanwhile, Stefan Küng (Groupama FDJ) managed to hold onto his yellow jersey by just a second with Julian Alaphilippe moving up to second and Schachmann now in third in the overall classification.

Dal-Cin and Zukowsky were the first riders to get dropped from the group with 20 kilometers remaining, followed by Bolh and Imhoff a few kilometers later/

Fuglsang and van der Poel both made it across before being dropped along with García, while Woods and Alaphilippe continued to put in attacks.

Van der Poel then decided to initiate his winning move with 3.3 kilometers to go, with Fuglsang attempting to follow.

Schachmann sett-off in pursuit, while Carapaz was the next to attack from out of the chase group, as Schachmann managed to bridge his way to van der Poel and sit on the Dutch champion’s wheel before taking a turn with 1.3 kilometers left.

Schachmann led under the flamme rouge while van der Poel sat in his slipstream.

Schachmann then decided to try an early move with 500 meters to go, but van der Poel responded quickly and surged around his German rival to claim the stage honors by a mere second.