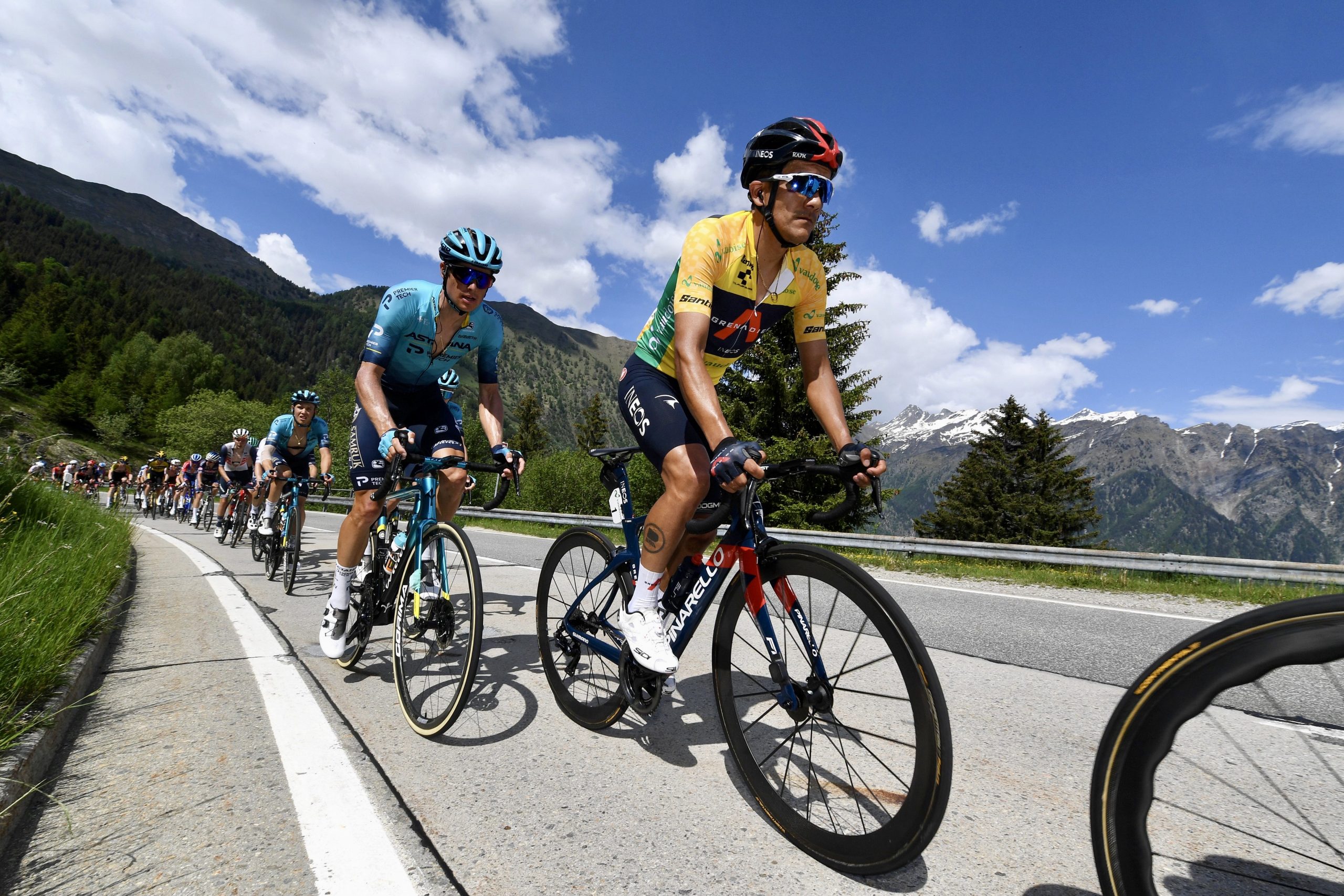 Andreas Kron (Lotto Soudal) was awarded the victory in stage 6 of the Tour de Suisse today, after Rui Costa (UAE Team Emirates) was relegated from first place after race officials determined the Portuguese rider deviated from his line during the sprint.

Both riders were battling it out for the stage win after Costa’s late attack group caught Kron and his fellow escapees along the final climb to Disentis-Sedrun.

Kron swung up an arm of protest as the duo crossed the line, with the sprint finish swiftly coming under investigation by race officials.

The officials reviewed the finish as the stage winner’s podium presentation delayed, coming to the conclusion that Costa had indeed deviated from his line.

“I think that we’ll always be discussing about it when something like that happens,” Kron said after the finish. “Some guys say ‘ahh, you don’t go so much’ but in my opinion we started the sprint in the right and ended up on the left. That’s all I can say.

“I’d need to see the sprint myself, but we can say the jury have taken the decision and I trust the jury, and I’m the winner and I’m happy for it.”

“Yesterday I was disappointed to miss out in the GC after my team had worked so good for me in the last day. It’s nice to give something back to all the riders. It’s for the team.”

Hermann Pernsteiner (Bahrain Victorious) was the first rider to open his sprint, with Costa and Kron coming around with 150 meters to go.

The stage began with an incredibly fast pace throughout the day with a small group of four riders containing Julian Alaphilippe, Mattia Cattaneo (both Deceuninck – Quick-Step), Marc Soler (Movistar) and Antonio Nibali (Trek-Segafredo) eventually riding clear of the peloton. But, a rapid chase effort swallowed up the escapees along the descent of the Gotthardpass.

David De La Cruz (UAE Team Emirates) later hit out solo after the group continuously peppered each other with attacks.

In the meantime, the peloton was being controlled by Ineos Grenadiers as they kept the gap at around three minutes to the leaders.

On the final climb, De La Cruz started to fade and riders started to bridge across to him during the final 7km, while his teammate Costa followed a move by Pernsteiner, giving UAE Team Emirates the advantage.

But, De La Cruz cracked moments later, as Kron made his way across to the leaders with 5km to go.

Pernsteiner tried an attack heading into the final 2km, but to no avail. The five chasers, Neilson Powless (EF-Nippo), Gonzalo Serrano (Movistar), Antwan Tolhoek (Jumbo-Visma), Hugo Houle (Astana-Premier Tech) and Pierre Latour (Total Direct Energie) continued to hit each other with attacks as they tried to close the 15-second gap to the leaders.

But, the stage ended up being a sprint between Costa and Kron with the former crossing the line first. However, the previous world champion deviated dramatically from his line, blocking Kron and was relegated to second place with Kron given the win.

Meanwhile, Richard Carapaz kept his lead over Jakob Fuglsang with Max Schachmann in third after Alaphilippe was deducted 20 seconds for an illegal feed on stage five.