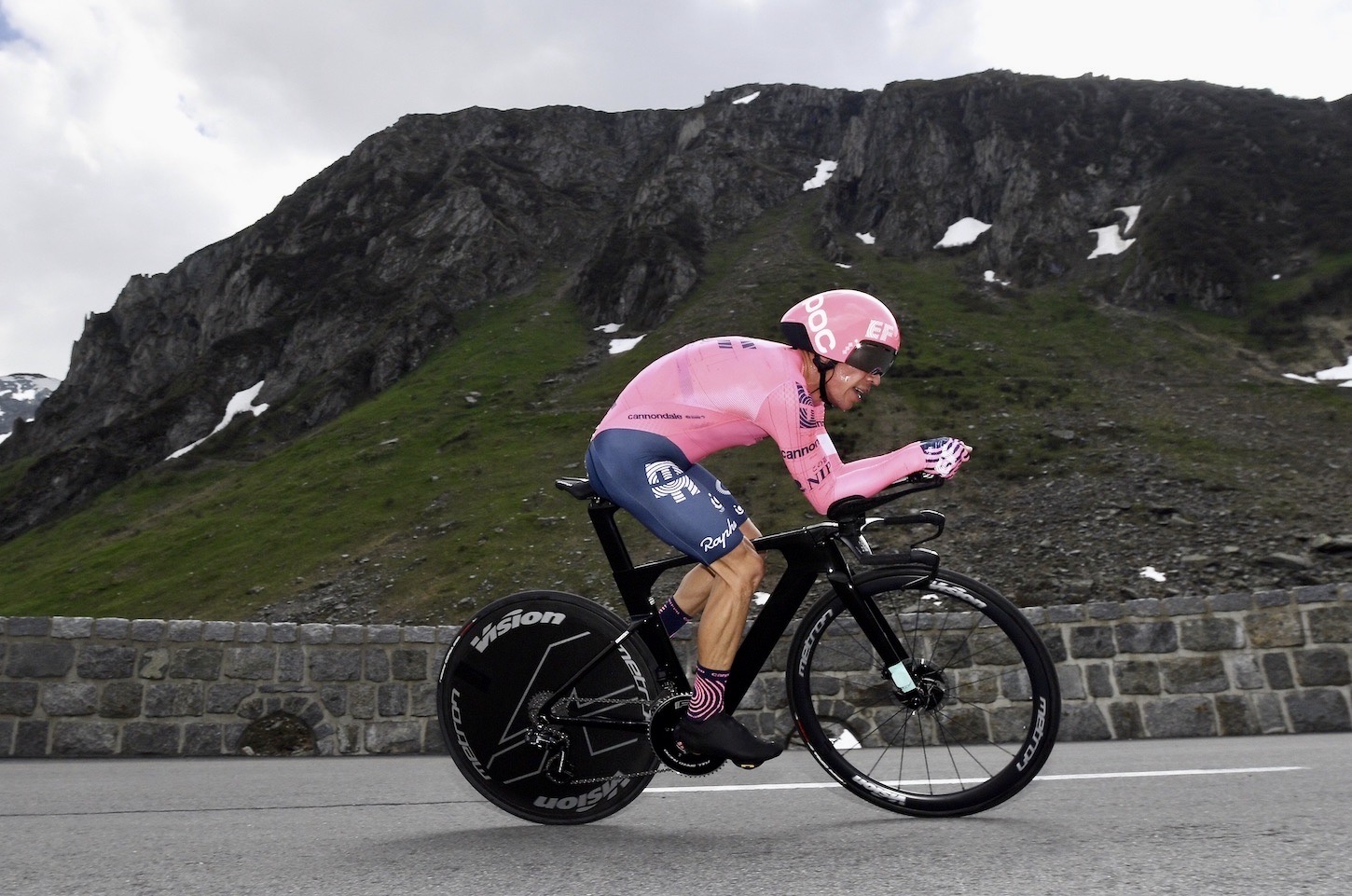 Carapaz came into the stage with a lead of 1:11 but a blistering time trial from the Colombian rider cut the deficit to just 17 seconds.

Carapaz finished fourth in the stage but he was 54 seconds off Uran, while former Giro winner Tom Dumoulin was fifth as he continues to build up his form having started racing again.

Jakob Fuglsang (Astana-Premier Tech) started the day second on GC but struggled on the TT, finishing 16th on the stage to slip out of GC contention.

The race played out up and over the spectacular Oberalppass, which peaked out a lung-busting 2,046 meters.

Søren Kragh Andersen (DSM) was first into the hotseat with his benchmark time of 37.06. Dumoulin temporarily unseated him in a promising ride after his six-month hiatus.

Dumoulin had only just gotten comfy in the stage-leader’s chair when Mäder set the new fastest time, stopping the clock at 36.56.

Mäder’s race-lead looked in doubt as soon as Urán reached the summit of the climb. The 34-year-old was around 12 seconds fastest to the peak and then plummeted like a stone to take more time on all his rivals in the long sweeping descent.

The GC will be decided in the final stage Sunday, a tough multi-mountain test through high altitude Alpine peaks. With Urán and Carapaz separated by just 17 seconds, expect a high-mountain showdown to decide the race.