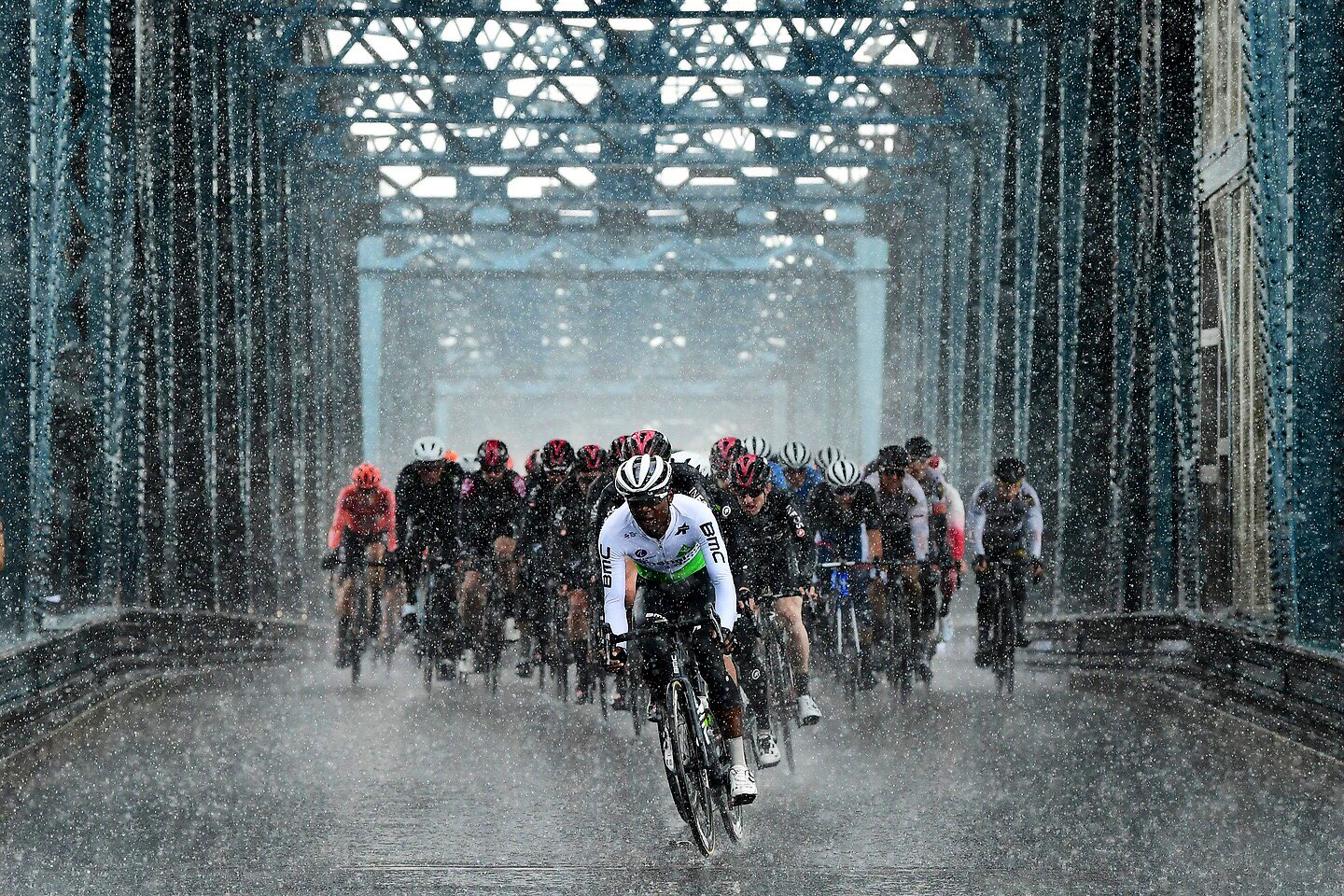 Jesper Asselman (Roompot-Charles) won the opening stage of the Tour de Yorkshire today, after the Dutch rider managed to stay ahead of a fast approaching peloton to seize the race honors in front of Filippo Fortin (Cofidis) and Jonas van Genechten (Vital Concept-B&B Hotels.

“It’s the biggest victory of my career,” Asselman said. “Last year a really tough year, I broke my ankle and I was almost the whole year off the bike. In the spring, with the classics, I already felt I was really strong but I didn’t feel like it was going my way, and I was a little frustrated. That this happened now – I still can’t believe it. It’s really awesome to start the second part of the season like this.”

Torrential rain didn’t prevent a small breakaway group of six riders from escaping the peloton at the outset of today’s stage.

However, by the time the race reached the final 30 kilometers, only four riders of the original breakaway group remained out front, while Team Ineos lead the way through the continual downpour, with Mark Cavendish also positioning himself on the shoulders of his Dimension Data teammates hoping for a sprint finish.

But, the peloton fell short of only a few meters of catching Asselman, while the remaining escapees Kevin Vermaerke (Hagens Berman Axeon), Daniel Bigham (Ribble Pro Cycling) and Joseph Nally (Great Britain National Team) were caught just in sight of the line.

“I thought we were going to get caught [earlier] because the advantage went down really fast in the last 15 to 20km,” Asselman said. “When we went underneath the flamme rouge I knew we had a little chance, but I knew I had to stay calm and wait for the right moment. It was a little bit of a gamble, but I went through a small gap on the inside and just went full gas. I looked under my elbow and saw it was going to happen.”