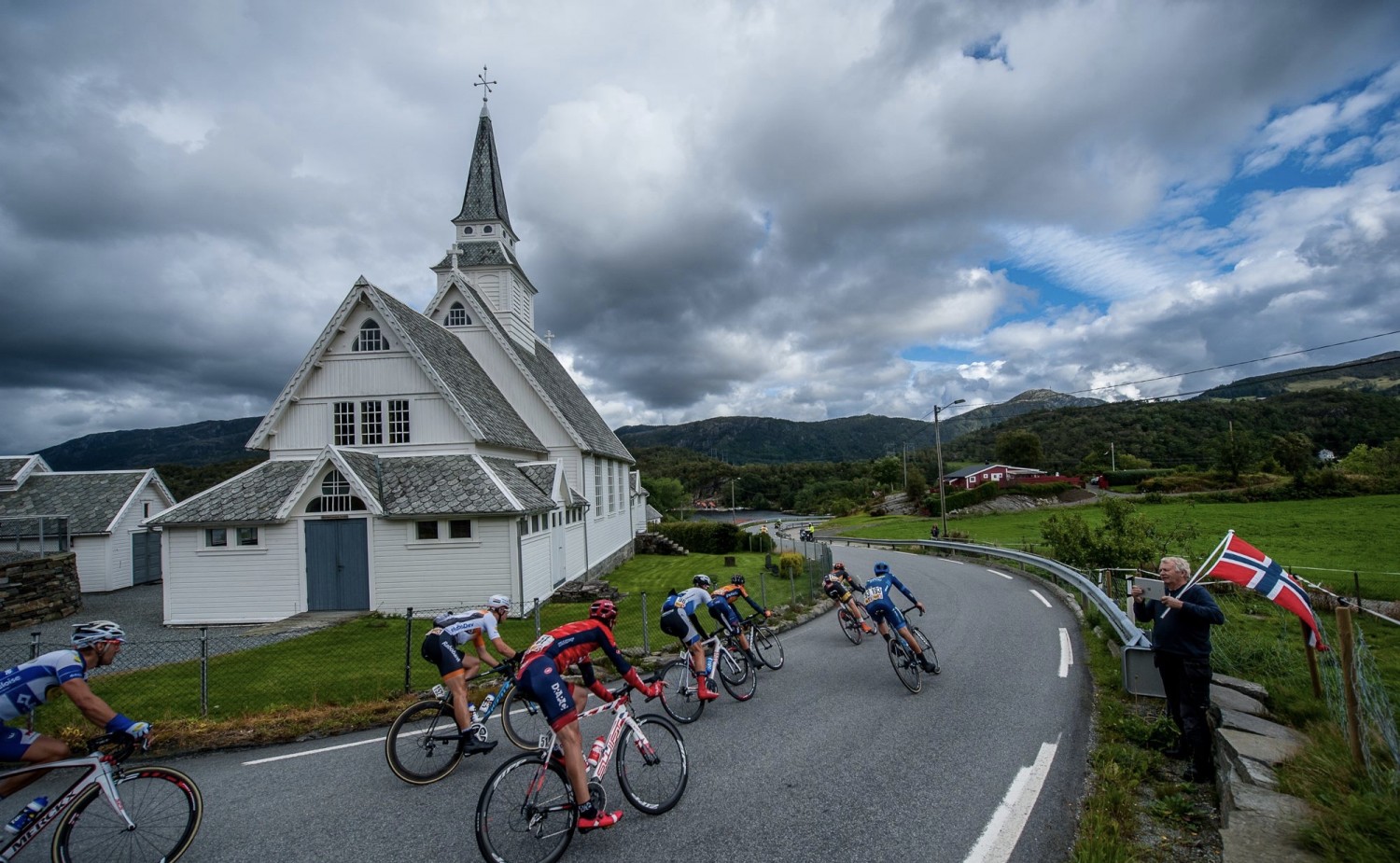 Alexander Kristoff (Katusha) can do no wrong in front of thousands of Norwegian fans who lined the roads of his native Stavanger to cheer the hometown hero for the fifth and final stage of the 2016 Tour des Fjords (UCI 2.1) on Sunday, September 4.

The 29-year-old Kristoff capped off the 166km ride from Hinna Park with his third stage win of the week – his 11th all time (race record) – to earn his second overall victory in the race’s four-year history.

“It was my goal to win the race and it was great to win here,” said Kristoff, who also claimed the blue points classification jersey. “My main goal was always general classification (GC) but it looked bleak during the third stage. “When I made it and won stage 3, I thought to myself I’m going to do this.”

The day’s break lasted until 35km to go when Breen made the decision to attack on the first of three trips up the Sørmarksbakken climb.

“I had to try,” the 26-year-old Norwegian known as ‘The Brain’ explained after the stage. “I planned to go on this climb in the beginning today. I figured we would probably be close to the bunch when we entered the circuit and I would have to put in an attack to stand a chance.”

The attack lasted 20km before being absorbed by a 15-rider sprint to the finish, which included Kristoff and race runner-up Michael Schar (BMC Racing), who initially slipped into GC contention after a fifth-place finish two days ago.

“I am not really GC guy,” said Schar. “I just took this opportunity on stage 3. This was unplanned, so from then on I was on the podium and it was time to defend and perhaps take an opportunity to go for the win.

“Today we tried just that on the last climb,” continued the 29-year-old Suisse native. “But Alex was too strong, and at the end he is the local hero here and we are just guests, so it is as it should be I guess.”

The surprise of the race came from 24-year-old Dutchman Nick van der Lijke (Roompot-Oranje Peloton), who took home the young riders jersey, as well as finishing fifth on points and third overall.

“The white jersey was never on my mind,” admitted Lijke. “I didn’t even know I was a young rider. It came as a complete surprise for me, but it was a nice surprise.

“I didn’t expect to end up third on GC either,” he concluded. “It is the first podium of my pro career, so it’s pretty big for me.”