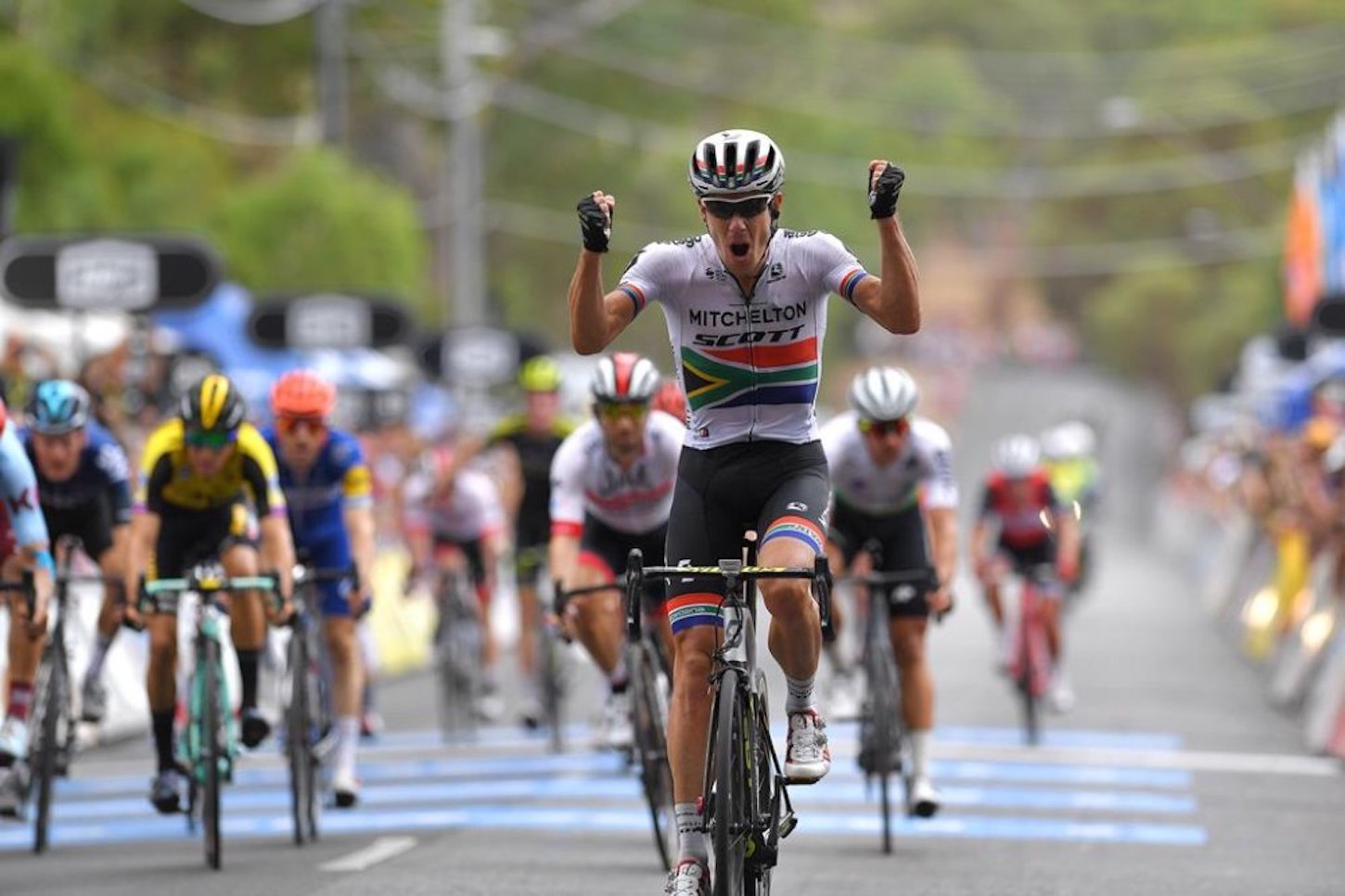 South African road race champion Daryl Impey (Mitchelton-SCOTT) claimed stage 4 of the Tour Down Under today, beating GC rival Patrick Bevin (CCC Team) in a brutal sprint to the finish after a group of 20 riders descended from Corkscrew Road on 100% Stage 4.

The Corkscrew’s return to the race after a one-year hiatus heralded expectation of a day to break apart the Santos General Classification – and break it did, but not in the way many expected.

The field competing for Ochre has narrowed to, likely, three candidates, with Bevin and Impey separated by seven seconds. While Richie Porte (Trek-Segafredo) is out of the top 10, he is expected to win the final stage atop Willunga Hill.

It keeps the race alive with the all-rounders and climbers of the peloton now focussed on finishing well on Sunday before the Willunga Hill double that confronts them on Sunday.

The return of the Corkscrew had pundits salivating at the prospect of a narrow battle for victory by a handful of riders.

But race director Mike Turtur’s fast descent into Campbelltown meant a pure climber would need to push to maintain pace with the heavier riders of the peloton.

When the survivors of the early all-day breakaway were claimed by the peloton at the beginning of the rise up the 9% climb, the attack came from four morning fancies – Michael Woods (EF Education First), George Bennett (Jumbo Visma), Wout Poels (Team Sky) and Porte.

They pushed hard to the summit and left behind a chase group of 16 riders headed by Impey and Bevin, with Bennett claiming the maximum 16 Subaru King of the Mountain points atop the climb.

But their four-man descent was caught on the fast downhill along Montacute Road, and four quickly became 20 in a remarkable group sprint to the finish line on Maryvale Road.

Dividing points between them at the Ziptrak Sprints, the sextet pushed ahead to lead the peloton by more than five minutes at one point.

As they worked down Gorge Road within 15km of the finish and just minutes from the Subaru King of the Mountain start, Scotson tried to dismantle the breakway with a sudden, frequent acceleration.

It was enough to kill off De Gendt, Cosnefroy and White, but Pernsteiner and Sutterlin were able to hold with the Gawler-raised local.