Tour Down Under 2020 Schwalbe Classic 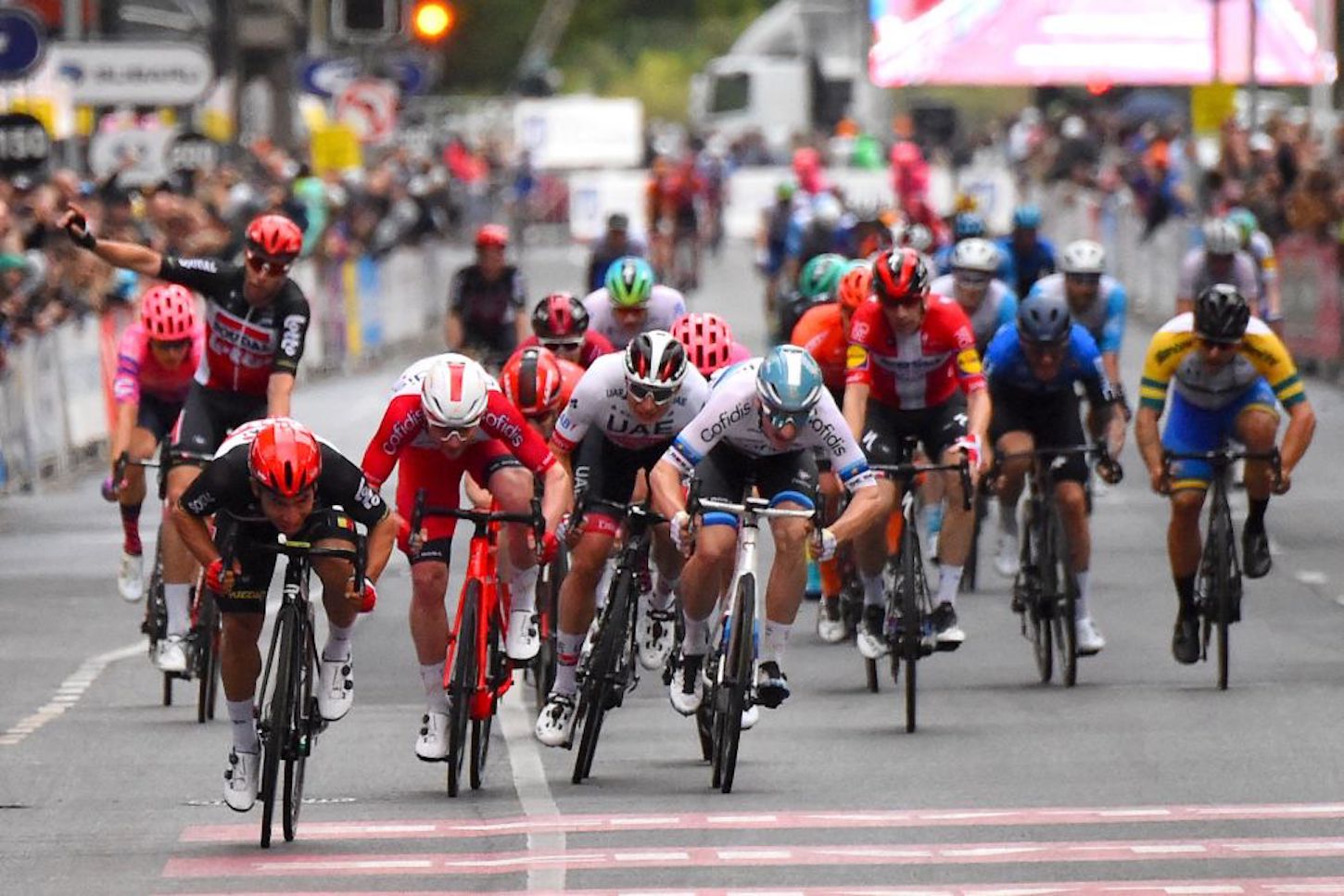 For the second time in-a-row, Caleb Ewan claimed victory in the opening race of the Tour Down Under, after the Australian rider kept his cool for the first 10 laps of the Schwalbe Classic to seize the race honors in the final sprint.

The Australian rider found himself well-positioned at the head of the peloton during the final lap, sprinting from about 10th place down the right-hand side of the road to fend-off challenges from Cofidis Solutions Credits’ Elia Viviani and his lead-out man Simone Consonni.

The 51-kilomeer Schwalbe Classic, 30 laps of a 1.7 kilometer circuit, began with unusual conditions for the traditional prelude event of the Tour Down Under: a new course in Adelaide’s city center, overcast skies, intermittent rain, and a temperature of just 19 degrees.

Indeed, in the 22-year-history of the criterium, it is the first-time riders began on wet roads and cool weather.

Five riders go on the attack

Boaro won the second Subaru Prime sprint with an attack before the 350 meter finishing straight leading his fellow escape companions to the line with a lead of six seconds. After 10 laps, the breakaway enjoyed its largest advantage over the peloton, 30 seconds.

White, who finished third in the national criterium championships 10 days ago, won the next two sprints, while the head of the peloton continued at a ferocious, average speed of 51.4 kilometers per hour.

Cerny later attacked the lead group as dark clouds threatened to wet the circuit with 11 laps to go. The Czech rider took the final Schwalbe Prime sprint by less than 12 inches over his closest rivals.

Ewan moves up… and rain falls

With six laps to go, the skies opened up and rain began to fall on some areas of the short city circuit, while the finishing straight remained dry until just before the finish when the wind got stronger setting things up for a tough sprint at the end of a fast race.

Team INEOS sent three riders to the front of the bunch, reeling in the last of the escapees during the final five laps.

Max Kanter (Team Sunweb) and Marc Sarreau (Equipe Cycliste Groupama-FDJ) were victims of a crash near the rear of the peloton with three-and-a-half laps to go, but both quickly remounted their bikes and finished with a little lost skin and some lost time.

Wet for the sprint finish

With just two laps to go, there was a light drizzle on the finishing straight and the wind picked up again.

Team INEOS had command of the peloton until BORA-hansgrohe, Cofidis Solutions Credit, Lotto Soudal and EF Education First all arrived to set things up for their respective sprinters.

EF Education First had the strength in numbers during the final lap, but Ewan made his winning that only the European champion Viviani could try and respond to.