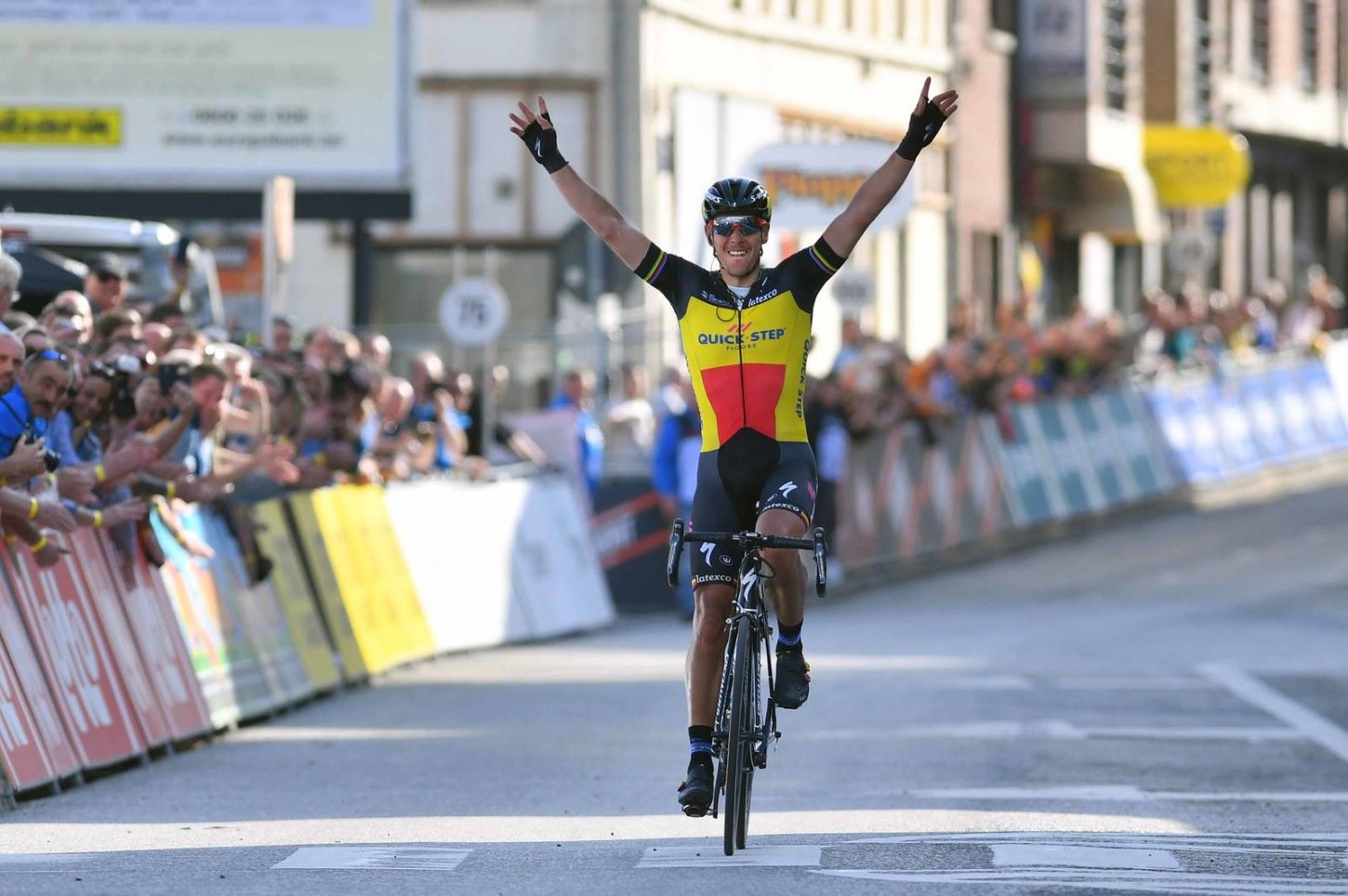 Philippe Gilbert (Quick-Step Cycling) claimed the Tour of Flanders in solo fashion today, after the Belgian rider succeeded in riding clear from the lead group with 55 kilometers still remaining.

From there, the group went on to establish a massive advantage of more than 11 minutes over the peloton.

However, the climb of the Muuur Van Geraardsbergen allowed additional riders such as Gilbert and his teammate Tom Boonen, along with  Alexander Kristoff and Sepp Vanmarcke, to bridge their way to the lead group. Meanwhile, World Champion Peter Sagan (Bora Hansgrohe) and Greg Van Avermaet (BMC Racing) found themselves on the wrong side of the split.

Following the second ascent of the Oude-Kwaremont, Gilbert commenced his winning move, quickly opening up a slight gap for himself. In the meantime, Vanmarcke was involved in a crash with Luke Rowe and Maciej Bodnar, sidelining all three riders’ hopes of regaining contact with Gilbert.

This slowing of the pace allowed Van Avermaet, Sagan and a few other riders to latch back onto the breakaway group.

Back out front however, Gilbert continued to increase his lead, which at that point exceeded more than half a minute.

Back in the chase, Boonen suffered a mechanical problem on the climb of the Taaienberg, while Sagan and Van Avermaet went on the offensive.

As a result, there was now a seven-rider strong chase group trying to reel back Gilbert in earnest, as they tackled the final climb of the Oude-Kwaremont climb with 18 kilometer to go.

Sagan decided to attack at that point, with only Van Avermaet and Naesen able to follow. But suddenly, Sagan found himself entangled in the barriers subsequently taking his two companions down with him.

However, Van Avermaet did manage to resume racing, quickly forming a chase effort alongside Dylan Van Baarle and Terpstra.

Yet, despite a tiring Gilbert, the Belgian rider’s gap proved insurmountable for the chasers, leaving Van Avermaet to battle it out with his Dutch rivals to claim second place.