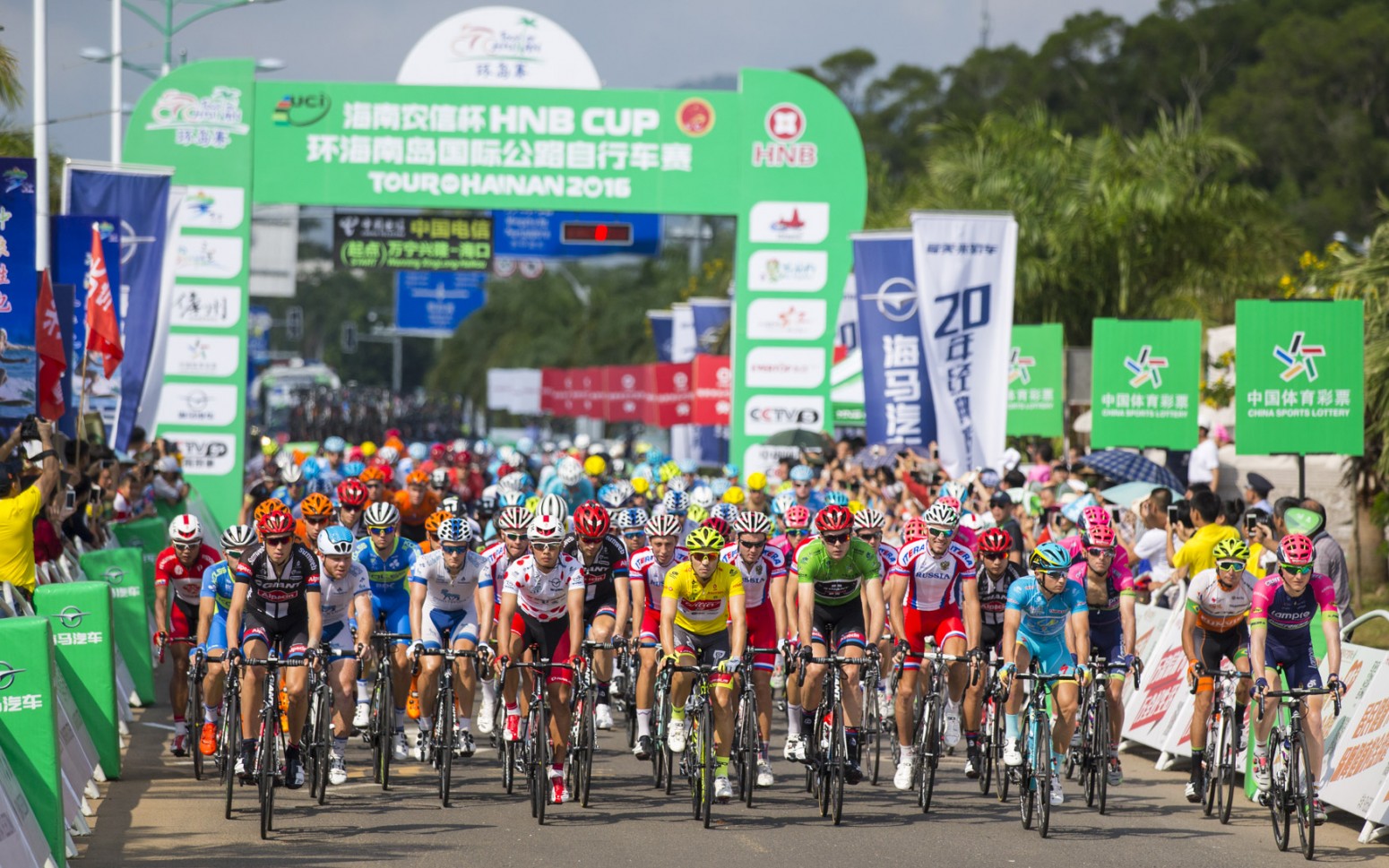 It was a sweltering day in the saddle for 133 riders during the longest stage of the nine-day, 1,500-kilometer Tour of Hainan (UCI 2.HC) on yesterday.

With temperatures hovering over 30 degrees Celsius and humidity rising above 80 percent, the finish could not come soon enough for the 20 pro teams racing 230.2km on the second day of the UCI Asia Tour event.

Astana’s Ruslan Tleubayev (KAZ) came out on top, followed by teammate and fellow countryman Alexey Lutsenko (KAZ). The duo caught the field off guard with an uncontested attack over the final 300m in Haikou – the largest city on China’s southern island province of Hainan.“Today we had a plan before the race,” said Tleubayev. “My form is really good and my team did everything to help me win today.”

The 29-year-old made it look easy, thanks in large part to Lutsenko, who filled the role Tleubayev usually serves for team sprinter Andrea Guardini (ITA), who is currently racing the Abu Dhabi Tour (2.HC).

“Our strategy worked exactly as we had planned,” explained the 2012 under-23 world road race champion, Lutsenko. “I was the last rider remaining for Ruslan and at 200m I told him to go. I am very happy for him to get the win. “We were just too strong today.”

The race was animated right from the start in Xinglong, with several attacks launching within the first 10km. However, it was not until a seven-rider break gambled 20km in that the first sustained threat surfaced.

Silva took the first intermediate sprint bonus at the 25.7km mark. The break would later extend their lead to 6 minutes 50 seconds before the peloton began to organize.

Wang took the second (97.9km) and third (125.7km) intermediate sprints while the time gap was quickly evaporating. With 100km to go, Henttala, Affonso and Zakharov attacked the break, with the 25-year-old Finish rider from Novo Nordisk unable to hang on.

Affonso and Zakharov held on for nearly 80km before being reeled in with less than 15km remaining.

Stage 1 winner and current race leader Rafael Andriato (Wilier Triestina-Southeast) finished fifth behind Max Walscheid (Giant-Alpecin) and Roberto Ferrari (Lampre-Merida) to round out the top 5 on the day. The result keeps the 29-year-old Brazilian in yellow with Tleubayev in second on the same time. Lutsenko lifts the green points jersey off Andriato and moves up to third (from fifth) on general classification just one second behind them both.