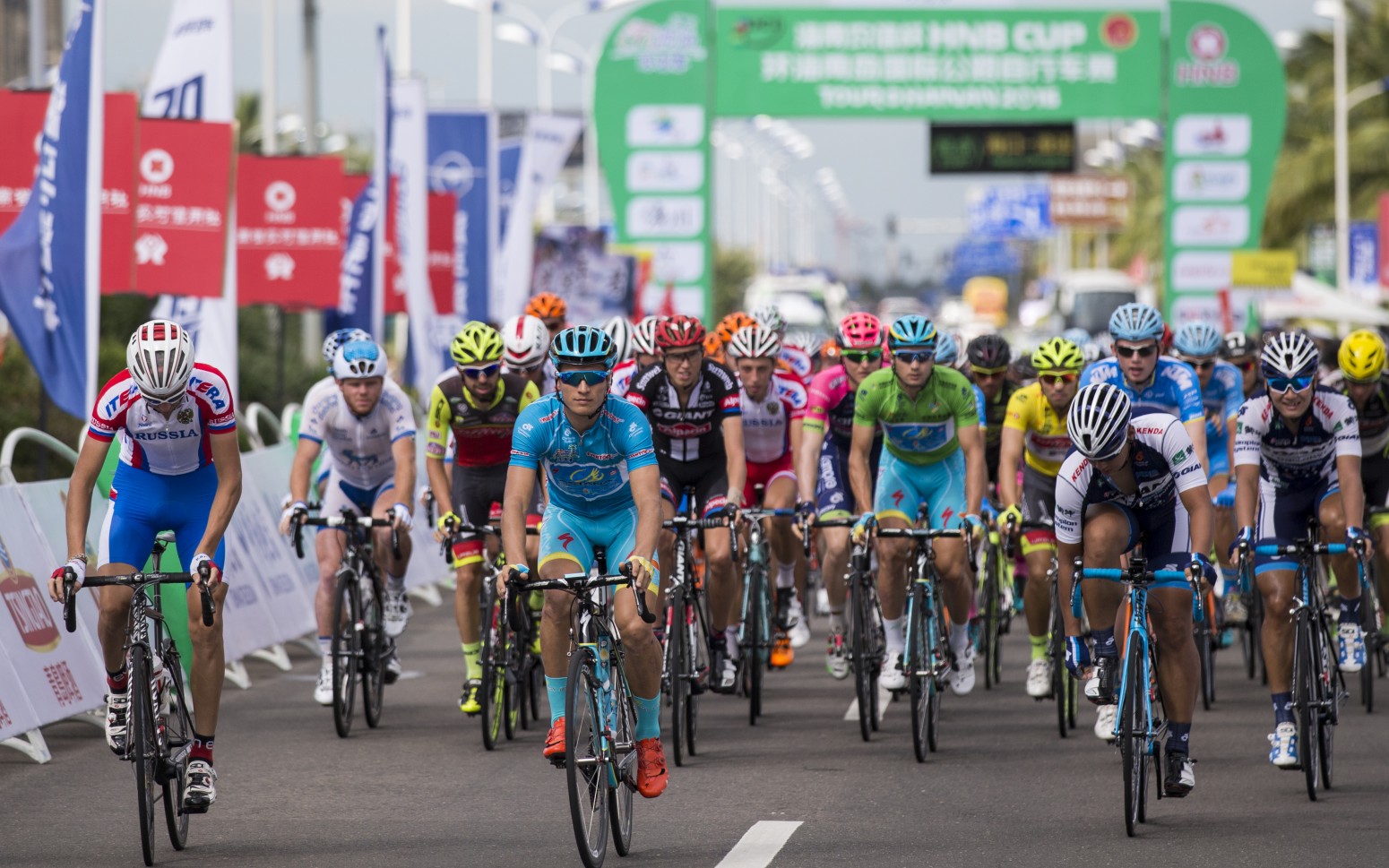 “We were close on the first stage, and yesterday we also got a good result,” said Walscheid, who took second on stage 1 and fourth on stage 2.

“We just thought if we bring everything together with the team, we would be fine and we are really happy to get my first win today.

“It is not just a victory for me, but rather for my whole team.”

When asked of the possibility of defending yellow, Walscheid offered no illusions.

“The Yellow jersey is not an option for us because I am not the best climber, and there are still one or two mountain stages to come,” said the imposing (199cm, 89kg) three-time under-23 Tour of Berlin (2.2U) stage winner and 2016 national road race silver medallist.

“We are happy to have it now and for sure we will try to defend it in the upcoming stages, and hopefully there is another podium or win possible.”

From the start of the race, an eight-man break launched within the first 10km and quickly became a group of seven. That break would eventually extended its lead to over five minutes (5:10) after 45km of racing before the peloton began to pick up the chase.

A flurry of attacks in the final 15km from Hy Sport-Look Continental and Giant-Champion System Pro Cycling proved fruitless.

However, De Rossi’s participation in the break earned him his second ‘Most Aggressive Rider’ award following the race.

“The race is long, but I want to be in the front and I am very happy to get the combativity award,” said the 21-year-old mountain biker-turned-road cyclist, who just recently signed on as a stagiaire with Delko in August. “I’m trying to get KOM points, so I will continue to be aggressive.”

“Our focus was getting Lucas in the mountains jersey,” said Vaubourzeix, a 2014 Tour of Qinghai Lake (UCI 2.HC) stage winner and eight-time race leader, who attempted a solo attack to bridge the gap with 10km to go. “I tried to go to the front to help Lucas, but that plan did not work out.

“Lucas is a great young rider, and this is his first professional race,” he continued. “This experience will give him confidence to find a good result for himself and do a good job for the team.”

With the win, Walscheid also assumes the green points jersey from Astana’s Alexey Lutsenko (KAZ), while China’s Jingbaio Zhao continues to hold the polka-dot ‘King of the Mountain’ (KOM) jersey.