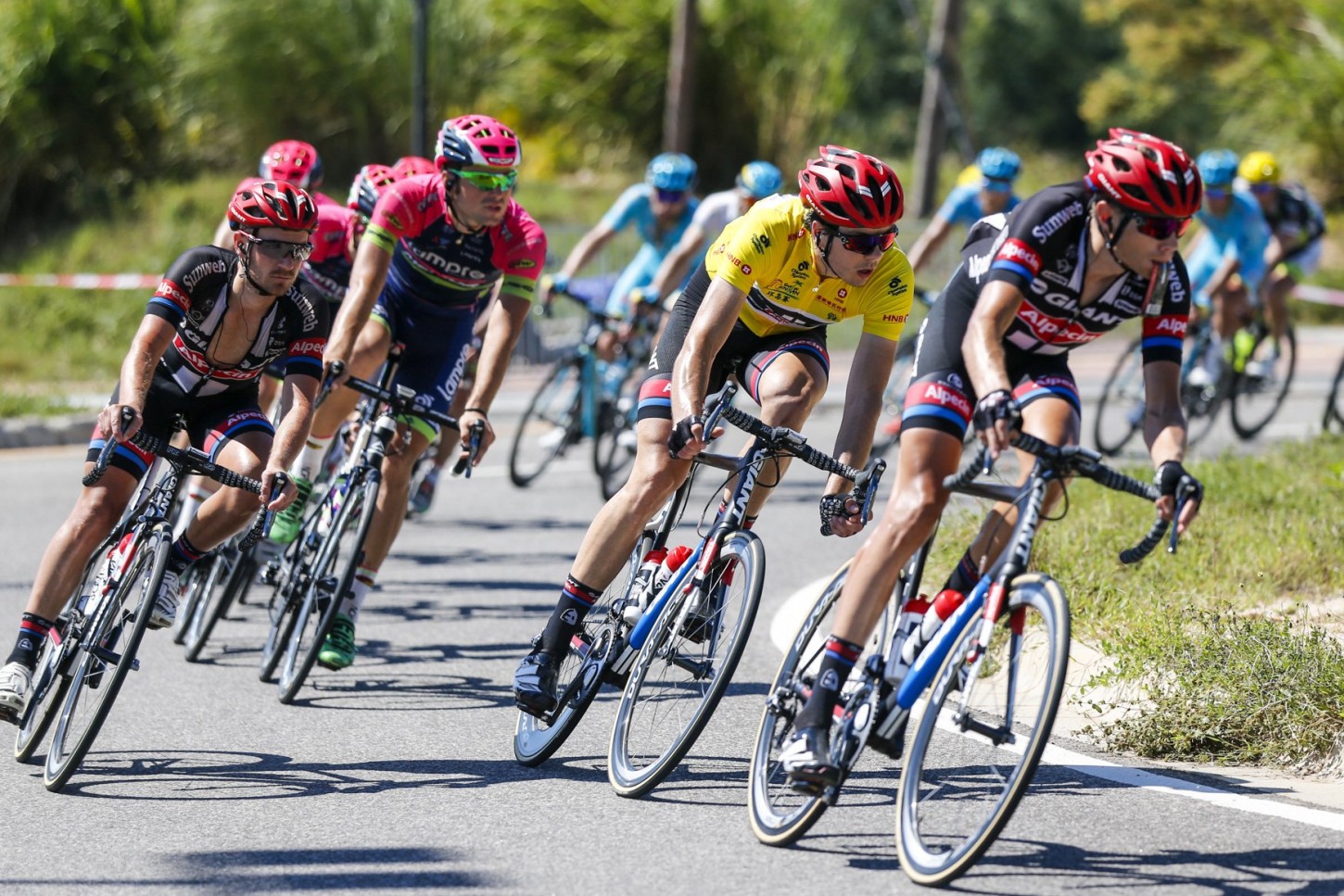 Slovenian Matej Mohoric (Lampre-Merida) seemingly came out of nowhere to bridge a 30-second gap in the final 12km to claim the first pro win of his career on a hot, humid, 197.2-kilometre stage that featured two category 1 climbs.

As expected, stage 6 came down to the final ascent inside 20km to go, with climbing specialists Mauricio Ortega (RTS-Monton), Przemyslaw Niemiec (Lampre-Merida) and Alexey Lutsenko (Astana) all battling it out up and over the KOM summit toward the finish in Wuzhishan, China, on Thursday, October 27.

Ortega (COL), who initiated the assault at the base of the climb, was unable to stay with Lutsenko (KAZ) and Niemiec (POL), who carved down the descent with surgical precision. The 36-year-old Colombian, who won the Tour of Qinghai Lake (2.HC) mountains classification in July, was unceremoniously dropped before being bypassed by a surging Mohoric.

“We were in a small group, maybe 30 seconds back, and I attacked to the top,” explained Mohoric. “I really went for it.

“It was a fast descent and when I caught the third guy that was dropped, I went straight by because I didn’t want to bring him back to the front.”

The 22-year-old former Cannondale rider credits his teammates, most specifically Niemiec for the victory.

“I tried to attack Lutsenko when I caught the break, but it didn’t work out,” he admitted. “Lutsenko counterattacked and Niemiec brought me back to Lutsenko’s wheel and we won the sprint first and second.

“It’s my first win as a professional, so I am pretty happy,” Mohoric continued. “I can’t be grateful enough for the team who did a great job today. We are having a great tour and are hoping to keep it that way until the end.”

Ironically, it was Mohoric’s teammate who was garnering most of the pre-race hype as the stage favorite. While Przemyslaw was in good form and hopeful for his own personal win, the 2014 Vuelta a España stage winner was more than happy with the day’s results.

“I am very happy for my team Lampre-Merida to get two riders on the podium in first and second position,” said the 36-year-old Przemyslaw, whose last stage win came at the Tour of Turkey in April. “I am also very happy for Matej to receive his first victory as a professional, and I am very happy for me as I see my condition is good after a recent problem with a chest infection.”

Another pre-race favorite, Lutsenko, has been ‘Mr Consistency’ all week, proving he can both sprint and climb with the best Hainan has to offer. The 2012 under-23 UCI road race world champion currently holds the polka-dot mountains jersey, and with the third-place finish behind his Lampre rivals moves to the top of the general classification (GC), thus lifting the yellow leaders jersey from 23-year-old German sprinter Max Walscheid (Giant-Alpecin), who had won the three previous stages.

However, Walscheid offered no illusions of hanging on to the lead once the race went uphill.

“I know my place,” said a jovial Walscheid (199cm, 89kg) standing in the points jersey after the race. “Climbs are not for me, but I hope to have one or two more opportunities to win a stage and keep the green jersey.”

“Heading into the last climb, I tried to attack, but [Ortega] attacked first, so me and Niemiec chased him down before the KOM, with me taking first and Niemiec in second,” explained Lutsenko. “We dropped [Ortega] on the descent, but another Lampre rider caught us and it was two against one, so I could not make the win today.”

With only three days remaining, a lot can happen between now and the final stage finish in Xinglong on Sunday, but Lutsenko’s success across both sprint and climbing stages may make even a 3-second lead hard to overcome.

“Tomorrow is another sprint stage, which will be a good opportunity for [Roberto] Ferrari (ITA),” Przemyslaw told Eurosport. “But sprints are not very good for me or Matej. We will do our best to keep time and fight for GC on the eighth stage, which features more climbs and maybe our only real opportunity to take the yellow jersey.”

“Obviously there are some chances to attack on stage 8,” he said. “We will see’.