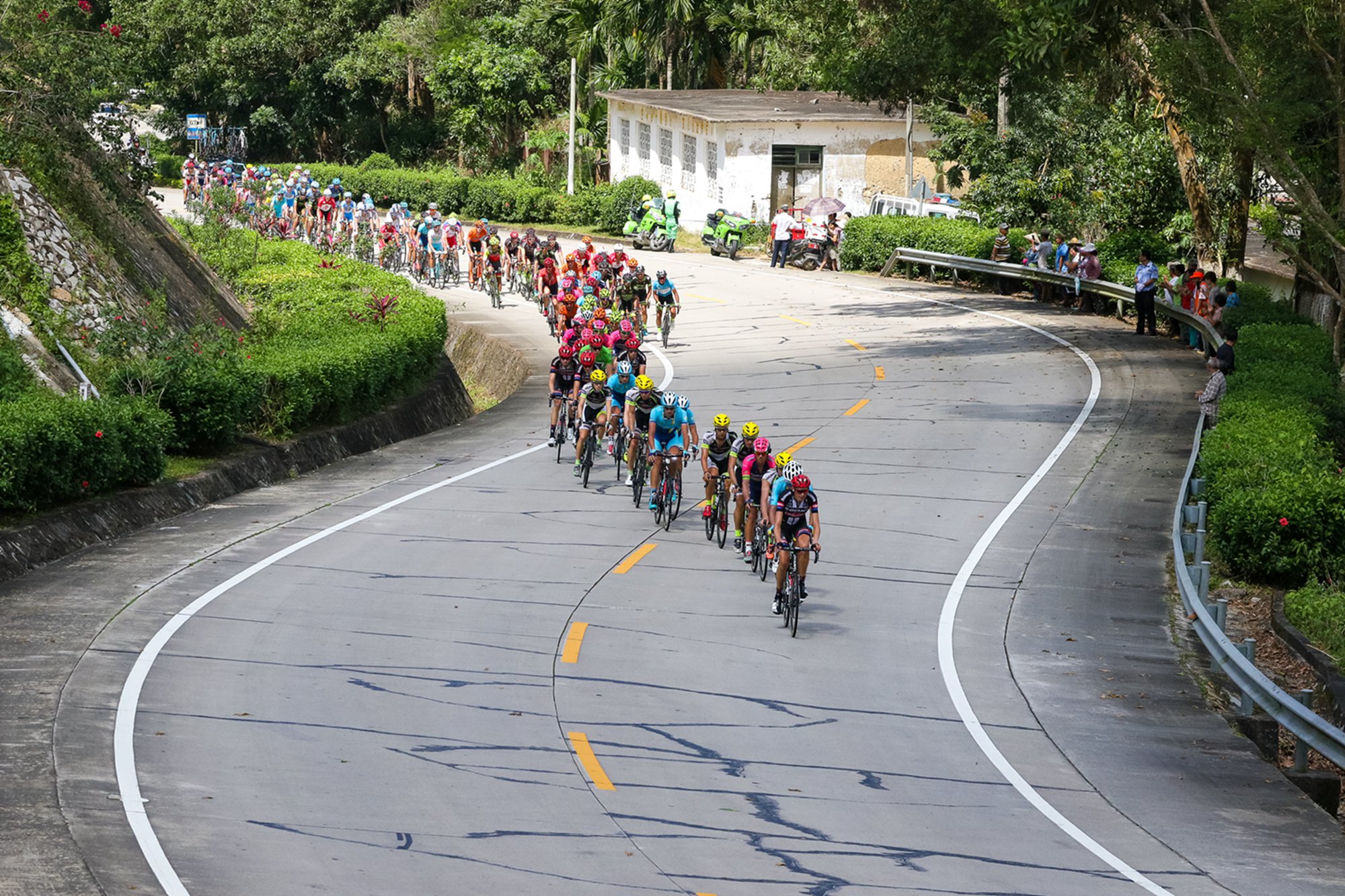 Just over one week since twin typhoons, Haima and Sarika, nearly cancelled the opening of the 2016 Tour of Hainan (UCI 2.HC), a third tropical depression was making its way to shore on China’s southern island province of Hainan causing both delays and changes to the ninth and final stage.

The original 145.5 kilometer route from Qiongzhong to the stage 1 start in Xinglong had to be completely scrapped due to flooding caused by torrential rainfall overnight that accumulated on the course.

Race organizers reacted quickly in restructuring the stage to the exact 88.3km opener eight days earlier – with the addition of wind and rain.
While the course was the same, the result was not.

German sprinter Max Walscheid (Giant-Alpecin) got one for the thumb as he sprinted across the line for his fifth stage win of the week. Not bad for a rider who started the season with an actual broken thumb and tibia following an horrific head-on collision during a training ride that involved six team riders in January.

“We needed to control the race from the first moment on because it was quite windy,” Walscheid told media. “The crosswinds were heavy, but in the end I knew the finish and I am happy to correct the mistake from the first stage.”

A premature victory celebration cost the 23-year-old the opening stage, which would have given him the sixth win of the race and of his fledgling pro career.

“This win is incredible,” said Walscheid, who also finished with the green points jersey. “Today we had actually our best stage. My team worked incredibly hard from the beginning, as we were always in the front and I didn’t have to expend any energy that wasn’t necessary.

“I also had the perfect leadout,” he continued. “I started at 125m, which is really short for a sprint because it was so fast in the end. My teammate Bert De Backer (GER) was excellent as my readout man and completely selfless.”

“This is the best way to end the season with a win like this.”

With the general classification essentially decided following his win on the final climbing stage the day before, Astana’s Alexey Lutsenko (KAZ) finished the race atop general classification (GC) in yellow ahead of WorldTour rivals Przemyslaw Niemiec (+17) and his Lampre-Merida teammate and stage 6 winner Matej Mohoric (+0:44).

“I’m very happy,” said the 2012 under-23 UCI world road race champion, Lutsenko. “It was raining and windy, and was a tough stage. Even though we did not expect a change on GC, we did our best to defend the yellow jersey.”

When asked in the post-race press conference what his Chinese neck tattoo meant in English, the 24-year-old Paris-Nice stage winner said with a smile: “good luck!”

Meanwhile, Chinese rider Guangdong Ma (Wisdom-Hengxiazg Cycling Team) had already wrapped up the polka-dot jersey as ‘King of the Mountain’ on stage 8.