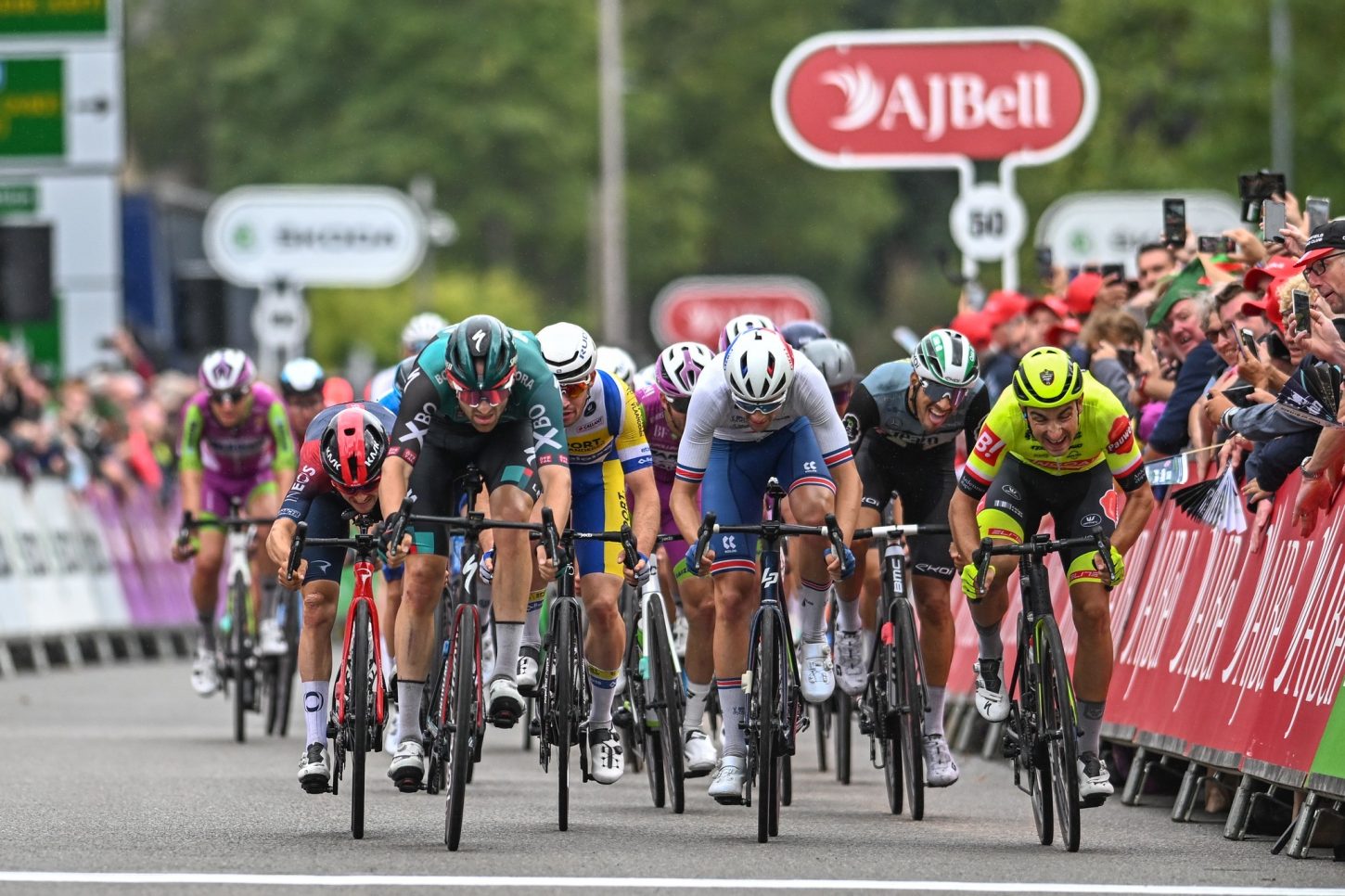 Belgian rider Jordi Meeus (BORA – hansgrohe) sprinted to the biggest victory of his career on stage 5 of the of Britain in Mansfield, Nottinghamshire today.

Andrey Amador was leading the peloton for teammate Ineos Grenadiers in the final kilometre, and upon finishing his turn, peeled off the right.

Unbeknownst to him and the other riders behind him, this side of the barrier was cut off from the road to the finish, meaning none of them were able to contest for the sprint.

Meeus’ lead-out man Shane Archbold was one of those riders caught out, but the 24-year-old was able to forge his own path to the finish line and take victory.

In contrast to yesterday’s 35km of attacking and counter-attacking before Magnus Sheffield finally made it stick, Ribble-Weldtite rider Zeb Kyffin was away just two kilometres from the start at West Bridgford today. Although his teammates Charlie and Harry Tanfield had been a prominent feature of the breakaway on stage two, Ribble have yet to take a stage or pull on a classification jersey and Kyffin, undoubtedly, was out to rectify that.

Kyffin, who has won stages of the Manx International and the Peaks Two-Day this year, was quickly joined by three more riders: Alessandro Iacchi (Team Qhubeka), Matthew Teggart (Wiv-Sungod) and Spain’s Joel Nicolau (Caja Rural-Seguros). Of the four, Iacchi was most keenly poised for the GC, lying in 13th place at 28 seconds; as a result the bunch were never likely to give the quartet too much rope.

All the same, 90 kilometers later the escapees still had a three-minute advantage. They had been over the first classified climb and the first sprint, with Teggart taking both and strengthening his lead in the intermediate sprints competition.

The break maintained a two-minute lead through the 50km to go mark, but shortly afterwards things went slightly awry with Teggart and Iacchi apparently falling out with each other over the points at the second sprint in Retford.

However, the cohesion completely went out of the group in the aftermath of this sprint, as the riders each started attacking each other. Teggart and Iacchi in particular weren’t happy with each other, and marked each other while Kyffin and Nicolau rode away from them.

Resigned to their fate, Teggart and Iacchi sat up and were caught by the peloton 33km from the finish, leaving Kyffin and Nicolau as leaders of the race with a gap still hovering around two minutes.

With points in the mountains classification now available to the peloton due to the reduction in size of the break, leader of that competition Mathijs Paasschens (Bingoal Pauwels Sauces WB) sprinted to the top of Sparken Hill, 31km from the finish, and held off Jacob Scott (WiV SunGod) to extend his lead.

Paasschens and Scott continued riding together for a little white after the summit, staying clear long enough for the former to gain one second at the intermediate sprint 28km from the finish, but subsequently sat up and were reabsorbed by the peloton.

The peloton really began chasing in earnest around this time, with the likes of Ineos Grenadiers, DSM, Great Britain and Trinity Racing working at the front, and soon after the 20km to go point the lead came under one minute for the first time in a while.

With 10km to go, the catch was made, leaving it to the sprinters’ teams to negotiate the technical finale and deliver their men to the line.