Elisa Longo-Borghini (Wiggle Honda) claimed this year’s women’s Tour of Flanders World Cup in a solo victory today, after beating her closest rivals by more than a minute.

The Italian rider made her move during the final 20 kilometers, and from there, never looked back.

“This is a dream. I am always the slowest in a break, so I had to go alone,” said the overjoyed winner after the stage. “Trust your instincts.”

The peloton stayed together for most of today’s 144.9 kilometer race. However, as the riders reached the 57.5 kilometer mark, attacks started to get underway, subsequently causing a group of about 30 riders to break free of the field.

From there, Roxane Kneteman (Rabo Liv Women) attacked on the Leberg. However, the Dutch rider enjoyed only a brief moment out front before being reclaimed by the chase.

Another attack ensued from there, this time with a small group of five riders coming to the fore. However, just as Kneteman, they too were caught just before the climb of the Valkenberg.

However, with 40 kilometers remaining, the escapees were swept up by the determined peloton.

Undeterred, Van Vleuten attempt another attack of her own, only to be quickly reeled back in just before the start of the Kanarieberg.

With 20 kilometers remaining, Borghini and Trixi Worrack (Velocio-SRAM) decided to make a go of it, wherein Worrack was quickly retrieved by the chase, while Borghini succeeded in opening up a sizable gap of almost a minute for herself.

As the race headed into the final 15 kilometers, Borghini was still holding onto her lead, while back in the chase, a group of 8 riders, including world champion Pauline Ferrand-Prevot (Rabo Liv Women) initiated a counter-attack.

However, despite their valiant attempt to track down Borghini, there was no catching the Italian rider, who later crossed the finish with a one minute advantage over the chasers. 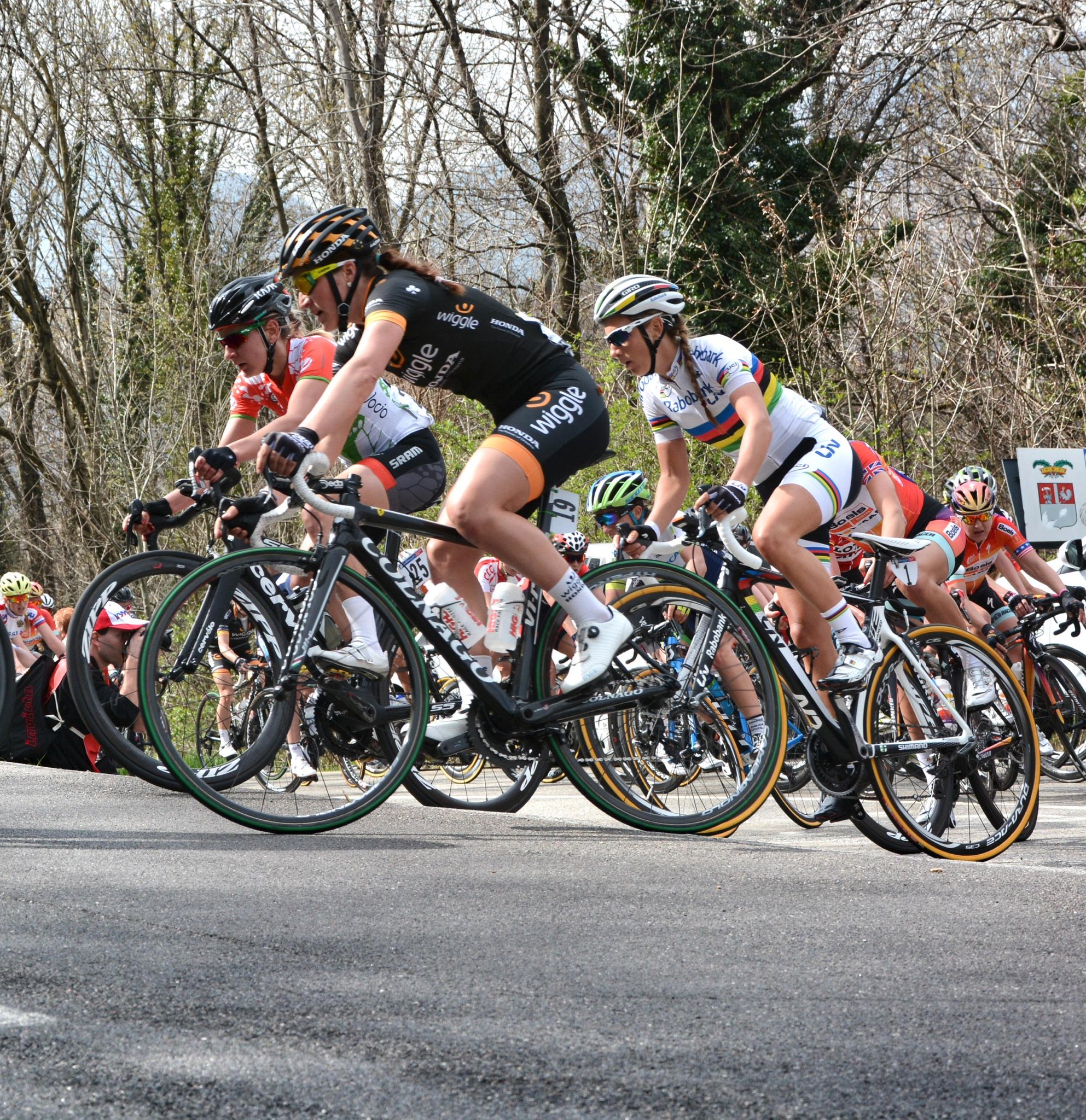