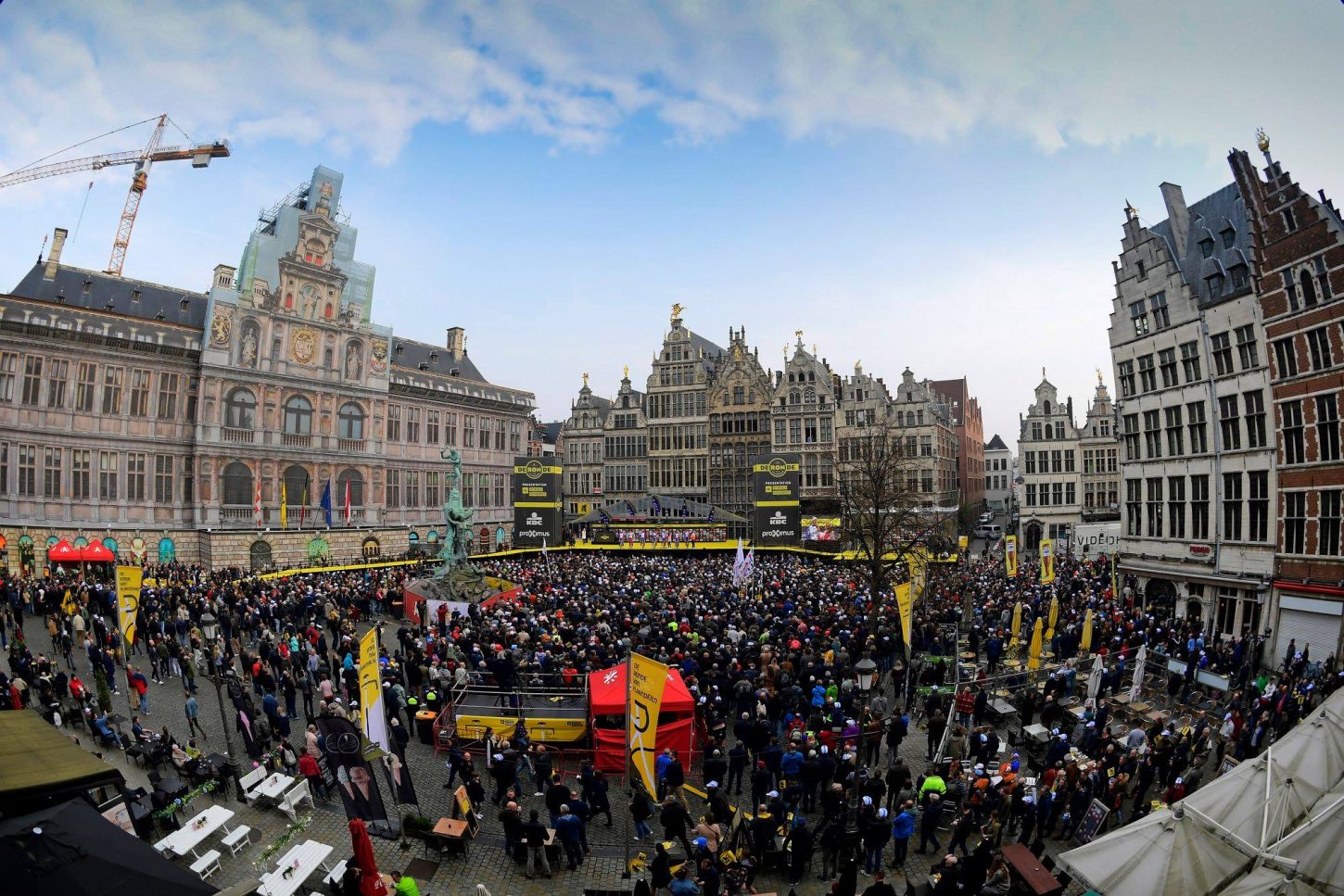 Bettoil was part of a final breakaway group, before going out on the attack during the last climb of the Oude Kwaremont.

From there, the Italian rider succeeded in creating enough of a gap to hold-off the chase during the final 14 kilometers, and claim his first pro victory.

Meanwhile, a late attack from within the chase group earned Kasper Asgreen (Deceuninck-QuickStep) second spot on the podium, followed by Alexander Kristoff, who won the sprint for third place.

A sizable group of riders came to form the day’s first breakaway group during the opening kilometer of racing.

Along the ascent of the Kapelmuur/Muur van Geraardsbergen, Deceuninck-Quick-Step was instrumental in both splitting the peloton, as well as reining in the escapees.

With 60 kilometres to go, Mathieu van der Poel (Corendon-Circus) crashed hard along the side of the road – presumably caused by a mechanical problem. But, the Dutch champion was able to remount his bike and rejoin the race.

Back up front, a flurry of attacks ensued within the lead group, coming from riders such as Danny van Poppel, Tim Wellens and Anthony Turgis. But, all were quickly neutralized.

At the start of the climb of the Taaienberg, Team Sky’s Dylan van Baarle managed to bridge his way to the front group, while Vandenbergh found himself jettisoned by his former breakaway companions.

However, the leaders were eventually caught on the final climb of the Oude Kwaremont, with Bettiol subsequently initiating his winning move.

But, a lack a cohesion amongst the chase failed to catch the EF Education First rider, who went on to claim a solo victory.