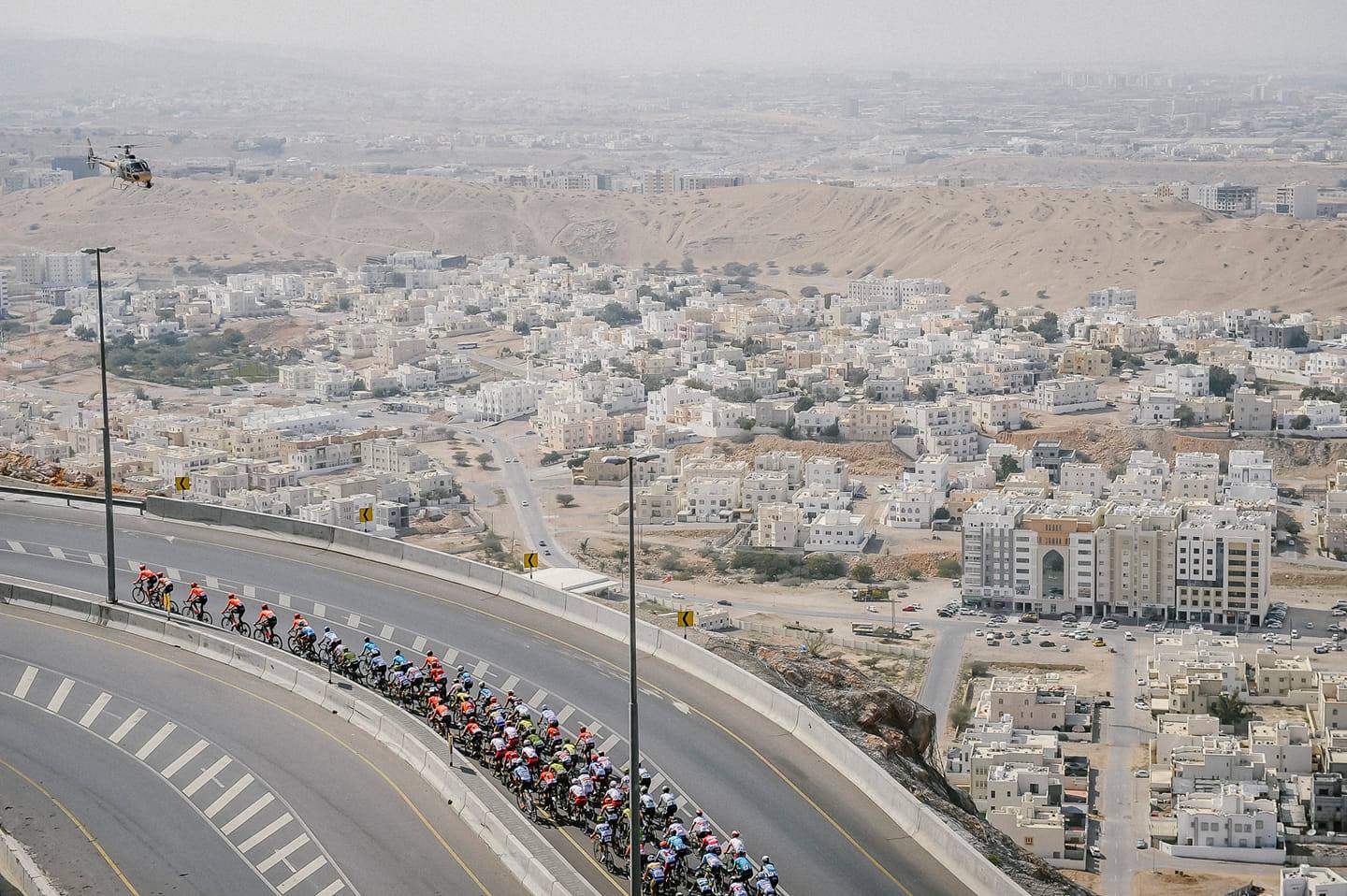 Alexey Lutsenko (Astana) doubled up with a second stage victory in a row in the Tour of Oman today, after a spectacular day of racing on the way to Qurayyat.

The Kazakh champion, who won the race overall last year, was extremely aggressive during the final 50 kilometers, making the most of the wind to wear the peloton down before claiming victory and the red jersey in the final climb.

The group’s gap steadily increased up to 6’30”, until Bahrain-Merida came to set the pace at the front of the peloton along with Kristoff’s UAE Team Emirates at the 60 kilometer mark.

The peloton split with 52 kilometers remaining, with Lutsenko and Van Avermaet trying to make the most of strong winds and the first ascent of Qurayyat.

However, the red jersey was momentarily dropped, while Niccolò Bonifazio, Piet Allegaert and van Hecke got away during the climb as they approached the final 42.5 kilometer finishing circuit.

With 35 kilometers to go, a small group of riders got back together, including Kristoff.

But, their gap eventually fell to 2’20” with 30 kilometers still left, with van Hecke and Bonifazio being the last riders to remain out front.

However, the duo was reeled in with 12 kilometers to go, while the peloton immediately split again en route to the final climb.

From there, Dimension Data set the pace, with Kristoff getting dropped during the last 2 kilometers.

Lutsenko surged during the closing kilometer to snatch the win ahead of Herrada and Van Avermaet, while also claiming the overall race lead.