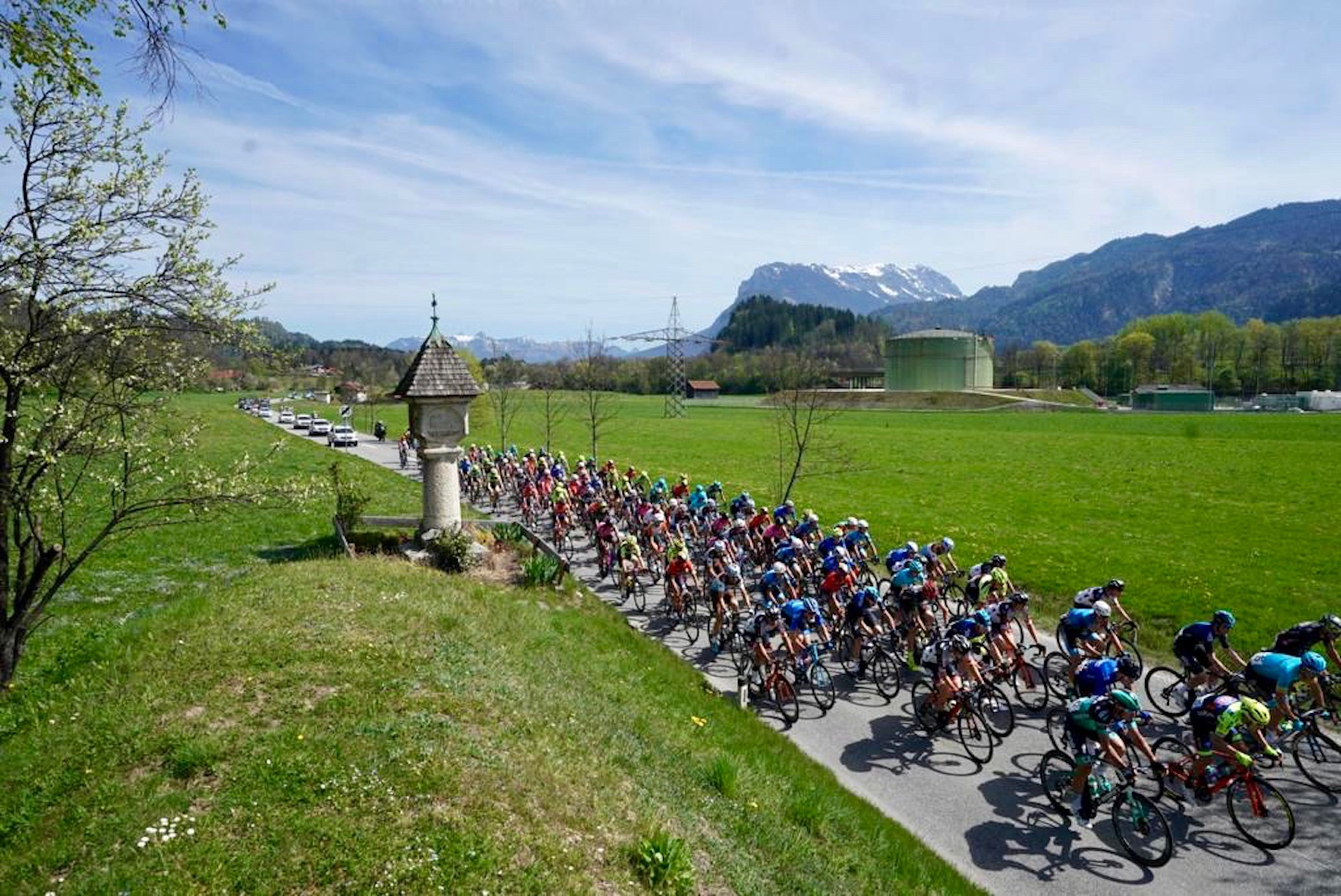 Tao Geoghegan Hart (Team Sky) claimed his first professional win, after triumphing in the opening stage of the Tour of the Alps today.

The young British rider seized upon a key move initiated by Vincenzo Nibali (Bahrain-Merida) along the final climb that saw a small group of GC contenders open up a slight lead on the descent -.with Geoghegan Hart ultimately making his way through the group during the closing few hundred meters to take the stage honors.

It didn’t take long for the Tour of the Alps to see the first breakaway of the race. After just three kilometers from the official start in Kufstein, a 4-man group got clear, including Kufstein-born Maximilian Kuen (Vorarlberg-Santic), Patrick Gamper (Tirol Cycling Team), Matthias Krizek (Felbermayr-Simplon) and Emil Dima (Giotti Victoria-Palomar). The escapees managed to earn up to 5.40 on the first loop of the day, while Astana, Sky and Bahrain were sharing the burden behind them.

The peloton wisely controlled the gap, reducing the distance to less than 3 minutes as the race passed on the second circuit of the day, featuring the Hinterthiersee climb – 2 km with gradients up to 15%. Mathias Krizek remained solo at the front inside the last 20 km, whilst behind him Andreas Schillinger (Bora-hansgrohe) and Georg Zimmermann (Tirol Cycling Team) also got back on his chasers.

The second time up the Hinterthiersee climb brought everything back, and that’s where Vincenzo Nibali broke the stalemate and performed a swift attack. Only three riders managed to keep up with him: Team Sky’s Tao Geoghegan Hart and Pavel Sivakov and Bora-Hansgrohe’ Rafal Majka.

Nibali himself was the most determined in pushing the pace of the escapees, that held 10” on a group of about 20 riders with 10 km to go. It didn’t prove enough, as the Astana Team’s work. For Pello Bilbao favored the regrouping of the leaders and the eventual sprint finish. There came the unexpected, as in spite of the previous efforts, Geoghean Hart managed to take a clear sprint win over Aranburu and Thalmann.

“Indeed, many of the races I won as an amateur came out of restricted group finishes, so I guess it’s fitting that my first pro win came in this fashion,” Geoghegan Hart said. “Team Sky was really strong today, with Leo Basso controlling the race from early on, and it showed as we had five riders in the top group. Nevertheless, today it really could have gone in any of our ways – could have been Pavel, or Froomey. It was good to claim one with the Team Sky jersey, as that’s my last opportunity to do that.”

“Concerning what’s next, I am already looking forward to tomorrow: I am in the leader’s jersey and I would be more than happy to keep it, but you know how this race is: it’s open, punchy and unpredictable, as we saw today,” he concluded.