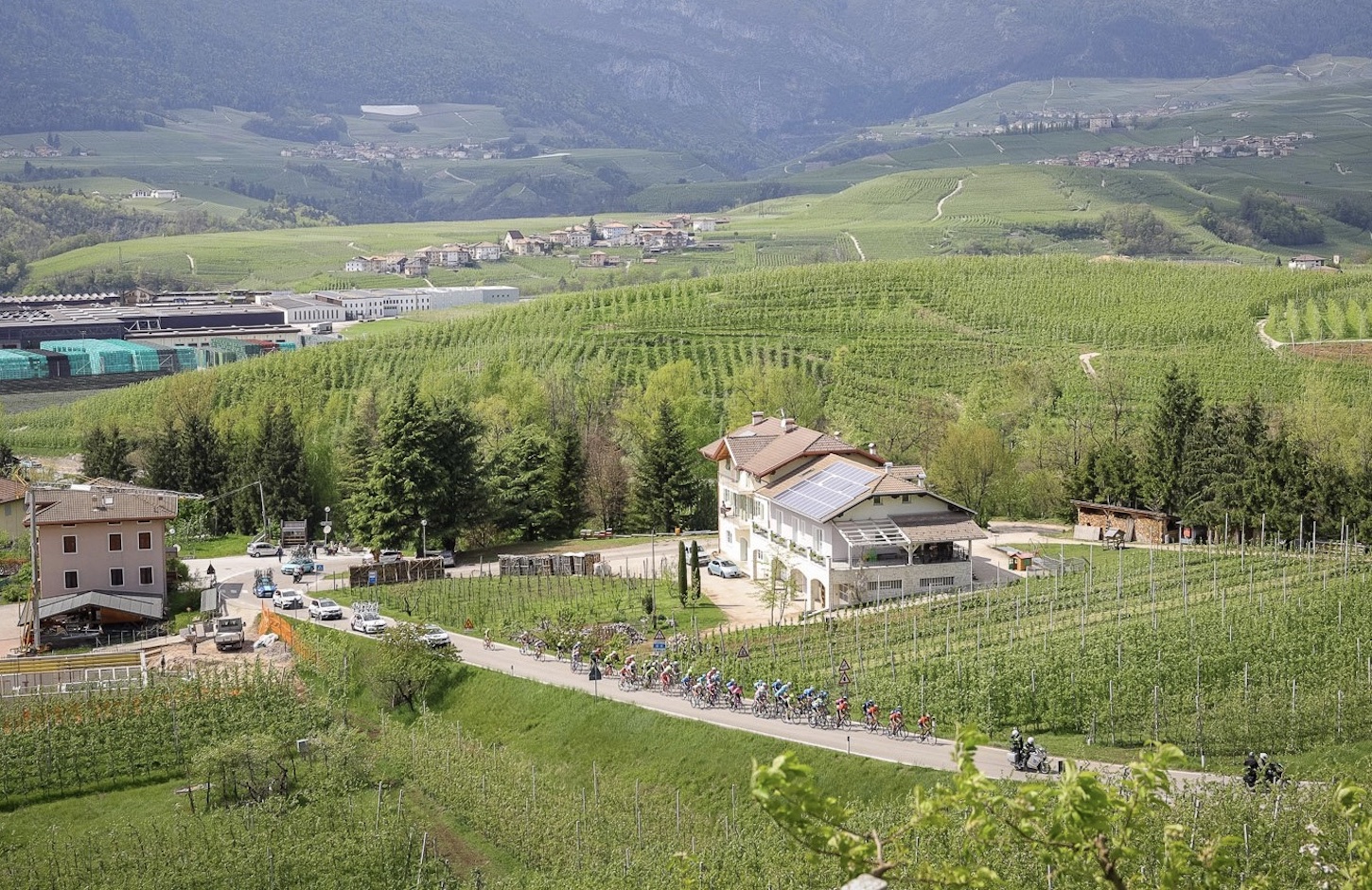 Tao Geoghegan Hart (Team Sky) claimed his second stage victory in the Tour of the Alps today, after the British rider fended-off a volley of attacks from Vincenzo Nibali (Bahrain-Merida) during the final approach to Cles.

Meanwhile, his teammate Pavel Sivakov finished safely in the lead group to retain his grip on the overall race lead.

However, just before the summit of the Predaia, what remained of the day’s breakaway group were caught, prompting Vincenzo Nibali to commence the first of his attacks. But, Team Sky was instrumental in neutralizing his efforts.

But, it wasn’t long before Nibali attacked again, with Geoghegan Hart and Sivakov keen to mark his move.

Nibali continued to animate things all the way to the summit, with only Majka, Geoghegan Hart and Sivakov able to stay on terms with the Italian rider.

At times, it looked as though Sivakov was drifting from the group, but Geoghegan Hart’s smooth pace-making saw the Russian rider make his way back up to Nibali each time.

Majka led the group over the summit, but Nibali applied his descending skills on the way to Cles to remain out front.

On the final climb to Cles, Nibali once again applied the pressure, briefly distancing the group before they were able to pace themselves back.

Towards the top of the climb, Majka attacked, cresting the summit with a slight lead of 5 seconds over his breakaway companions.

But, the Polish rider was eventually reined-in with 600 meters to go, leaving Nibali and Geoghegan Hart to battle it out.