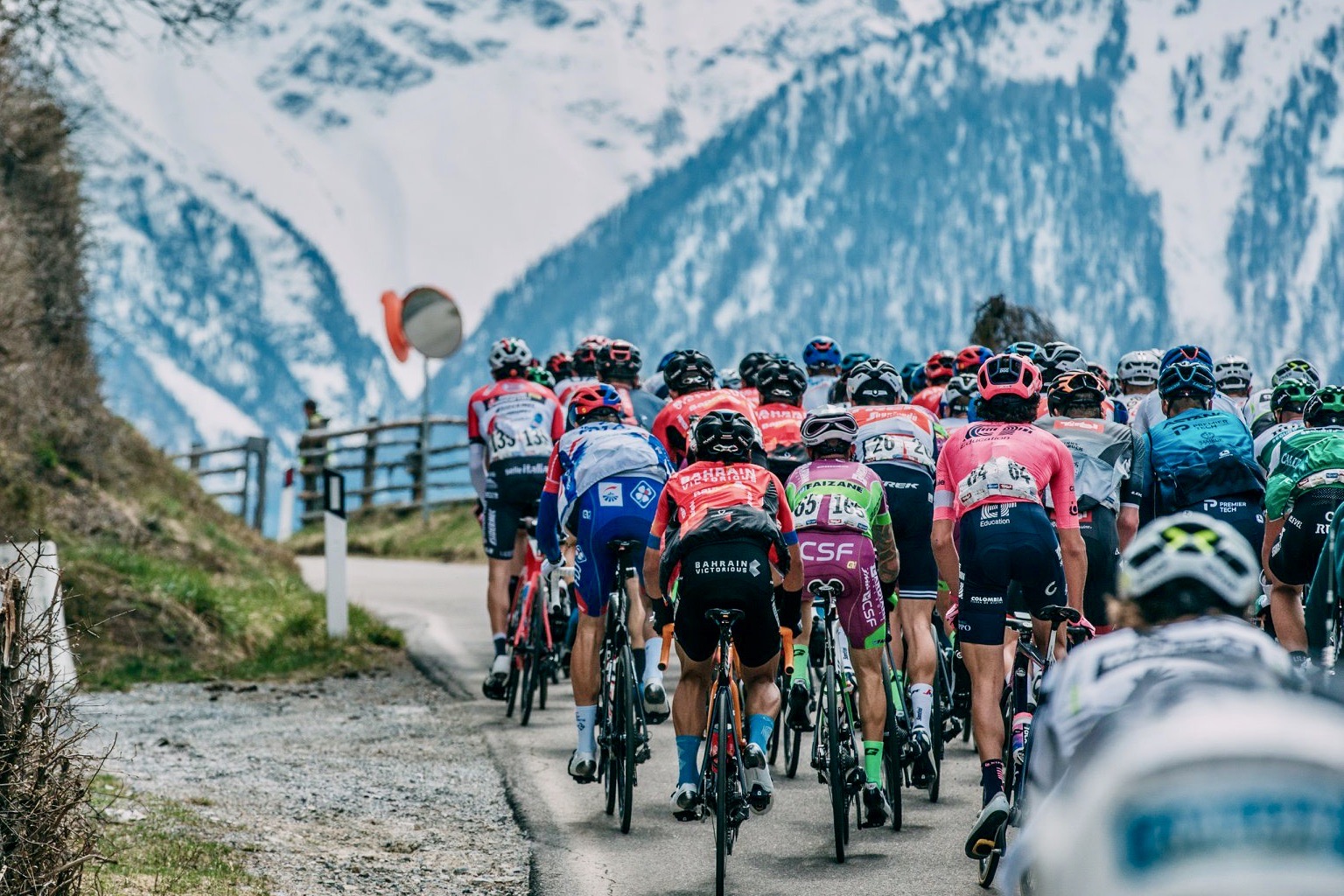 Gianni Moscon made it two wins from three, after claiming victory ahead of Felix Großschartner in stage 3 of the Tour of the Alps today.

In a thrilling finish, the INEOS Grenadier rider launched his attack with an early sprint with about 250 meters to go. While the Italian rider looked poised for victory, he was pushed all the way to the finish by Bora–Hansgrohe’s Grosschartner.

There was a moment of anxiety, as the two riders approached the finish, with Moscon looking like he drifted towards the Austrian rider on his outside but managed to avoid making contact with his rival, crossing the finish  by three quarters of a bike’s length to claim the stage honors in Naturno, Italy.

“On Monday I broke the ice in Innsbruck, now I have regained my confidence and feeling with victory,” Moscon commented after the race. “The stage was clearly suited for long-run breakaways, with its challenging profile. In the final kilometers we were down to four and insisted in our action until the finish: it worked out well. Dreaming of a hat-trick in my Trentino might seem too much right now: tomorrow we are expected by a hard and important stage, and we are ready to stand by Pavel Sivakov, hoping that hoping that his fall will leave no significant aftermath.”

A puncture on the Piller Sattel immediately put Pinot out of contention, while Luis Leon Sanchez (Astana) rejoined the escapees, who earned a maximum of 2:30 on the peloton paced by Team BikeExchange.

Leader Simon Yates’ squad further upped the pace through the Vinschgau/Val Venosta, as they approached the tough and technical Frinig ascent. On the ramps leading the summit of Maso Albergad, the breakaway lost several pieces, whilst on the descent Pavel Sivakov (Ineos Grenadiers) was victim of a slide, in which he suffered several grazes on the right side of his body.

On the final Tarsch/Tarres drag, Grossschartner and Moscon forced the pace, taking Storer and Fabbro in their wake, while Pello Bilbao (Bahrain-Victorious) launched himself from the peloton at the chase of the leaders.

In the final flat kilometers, Bilbao and the other fugitives tried to get back on the four escapees, but bridged over only in the very last meters: it went down to a head to head between Moscon and Grossschartner, with the Trentino native celebrating again. Third place for Fabbro, ahead Storer and De Marchi, the new owner of the best climber’s Gruppo Cassa Centrale light blue jersey.

Simon Yates (Team BikeExchange) confidently handled the race with his team and retained the green Melinda leader’s jersey by finishing 49 seconds behind the winner, though a dangerous rival like Pello Bilbao has managed to gain some valuable ground. “Today we were able to control the race, the team did a great job, and I was able to save some energy for tomorrow. Tomorrow it will be a very demanding stage, Sivakov is looking strong, and Bilbao has also got closer in the standings today, moving to third place. So far, I am really enjoying this Tour of the Alps: we race in a beautiful area, on fantastic roads and so far the weather has also been better than expected: let’s hope to continue like this.”

Yates leads in the GC with 45 seconds on Sivakov, 1:04 on Bilbao and Dan Martin (Israel Start-up Nation) and 1:08 on Vlasov (Astana PremierTech) and the white Würth Modyf jersey of Jefferson Cepeda (Androni Giocattoli-Sidermec). The red PMG Sport jersey of the intermediate sprints leader remained on the shoulders of Felix Engelhardt (Tirol-KTM Cycling Team).