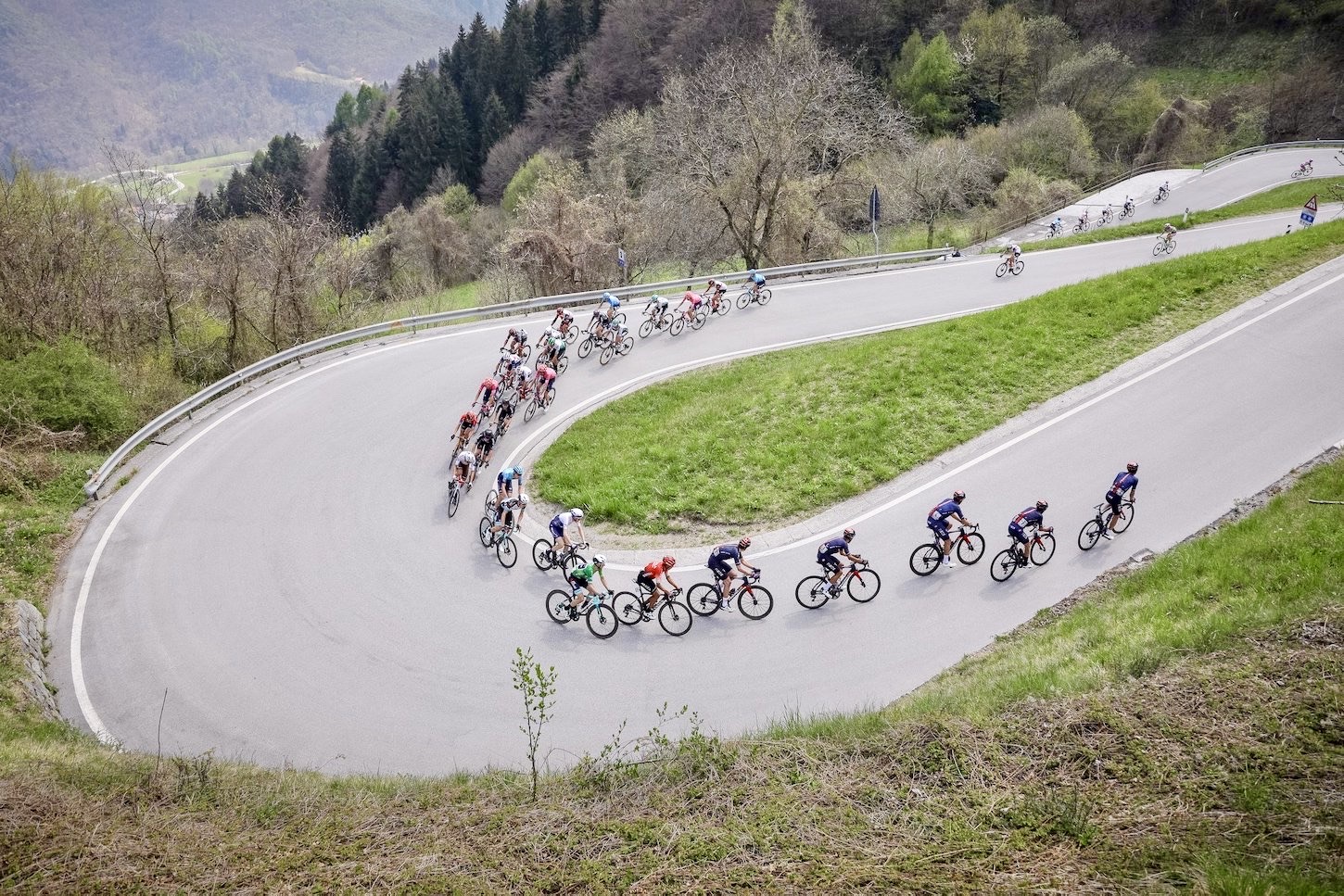 photo credits Tour of the Alps

Bilbao caught both Vlasov and Yates along the final descent of the Castel Condino climb, later overtaking his rivals during the final kilometer to claim the stage honors.

Yates and Vlasov commenced a couple of attacks along the final Boniprati climb, ring clear of an elite group of riders during the final 3 kilometers of the ascent.

However, Bilbao succeeded in bridging his way to the two leaders along the highly technical descent with  just under two kilometers remaining.

From there, Bilbao remained out front until the finish, with neither the Briton or Russian able to match his speed.

Earlier in the stage, a small group of riders containing the likes of Larry Warbasse (AG2R Citroën), Márlon Dina (Eolo-Kometa) and Lukas Pöstlberger (Bora-Hansgrohe) escaped the peloton along the Castel Condino climb. But, their efforts were brought back on the Castrin.

There was a subsequent breakaway effort along the Castrin, but that was eventually neutralized as well with 18 kilometers to go.

With 8 kilometers left, the peloton splintered again, which was followed by a few individual attacks, but the group was ultimately whittled down to just the final trio.

Yates continues to lead the race with a 58-second lead over Bilbao, with just on stage remaining.